Married Cheltenham chiropractor avoids being struck off after affair

A married chiropractor who had sex with a patient, swapped intimate photos with her over Facebook – and complimented her for styling her hair like Princess Leia from Star Wars – has avoided being struck off by a disciplinary panel.

Peter Leeper, from Cheltenham, who also engaged in naked ‘mutual massage’ with the woman for up to six hours each time, caused her ‘distress and emotional harm’ following the affair which ‘persisted for many months’, a hearing was told.

But despite finding him guilty of unacceptable professional conduct, a tribunal decided Mr Leeper could still be ‘an asset to the profession in the future’.

He was suspended for two and a half years by the General Chiropractic Council.

Mr Leeper’s wife told the panel of her heartache following her husband’s affair, but pledged to stand by him. She said: ‘He feels awful for letting everyone down’.

The hearing was told how Mr Leeper worked at Good Health Naturally in Kidderminster and Cotswold Chiropractic Clinic in Cheltenham during the affair.

Peter Leeper (pictured), from Cheltenham, caused the woman ‘distress and emotional harm’ following the affair which ‘persisted for many months’, a hearing was told 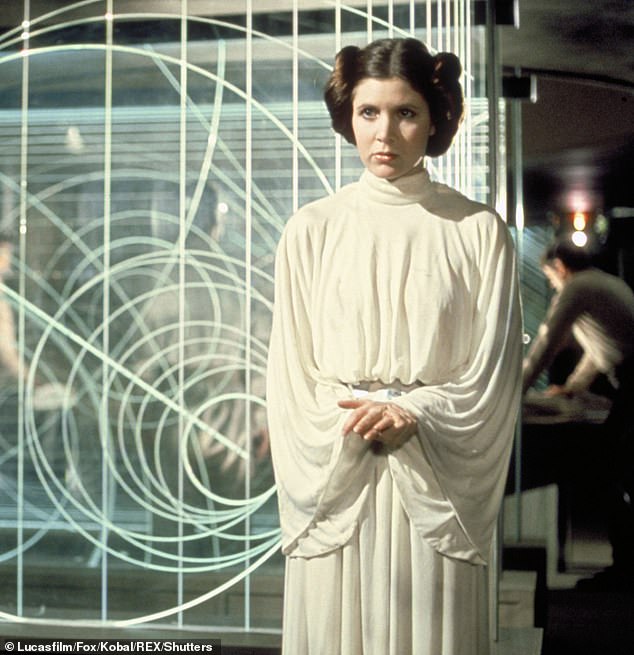 Mr Leeper told the hearing that he complimented Ms A’s appearance at one appointment, noting that she had arrived with her hair in the style of Princess Leia (above, played by Carrie Fisher) in the Star Wars films

He first met the patient – known as ‘Ms A’ – in 2017 when she booked a consultation after developing lower back pain due to gardening.

The panel heard that from August 2017 to May 2018 there were around 17 appointments in total, with the relationship becoming increasingly intimate.

Mr Leeper told the hearing that he complimented Ms A’s appearance at one appointment, noting that she had arrived with her hair in the style of Princess Leia in the Star Wars films.

He said: ‘I accept that I did make comments about her appearance in the normal course of friendly chitchat.

‘These comments were not flirtatious in nature or sexually motivated, but they were inappropriate and I realise this now and am truly sorry.’

Ms A later sent Mr Leeper a friend request on Facebook, which he accepted, and the pair began exchanging messages.

These messages ‘became increasingly informal and suggestive on both sides’, the hearing was told.

Ms A became upset during an appointment in October 2017, it was said.

When Mr Leeper asked her what was wrong, Ms A explained that she ‘had a crush on him’ and told the chiropractor she could not see him anymore.

Ms A was ‘very embarrassed’ about this, and expected Mr Leeper to refer her to a different chiropractor, but the panel heard how he did not.

In his statement, Mr Leeper asserted that the early Facebook messages would show how he had initially resisted Ms A’s advances. 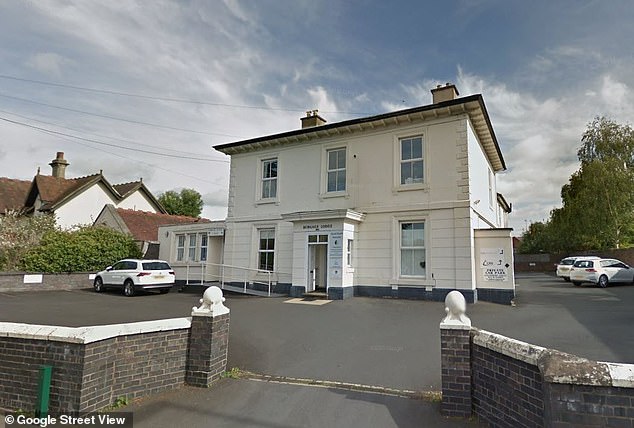 However, he did not take any action with regard to their professional relationship.

Ms A told Mr Leeper that she found the massages ‘stimulating’ and ‘pleasurable’ and, in May 2018, the chiropractor allowed his patient to massage his thigh after complaining that it was ‘playing up’ to her.

She told Mr Leeper that she had found the day ‘most pleasurable, extremely turned on’ to which Mr Leeper responded that he was ‘soooo pleased’ that she had a ‘good experience’.

From that point on the relationship became sexual, the panel heard, with the pair meeting 14 more times at the clinics to engage in naked ‘mutual massage’ for up to six hours each time.

They had sexual intercourse at the clinic in June and July 2018 and were exchanging intimate photos over Facebook, it was said.

In October 2018, Ms A was formally told that she could no longer be a patient, but the pair met up a further 11 times at the clinics ‘to share mutual, intimate massages’.

That month, he also sent a picture of one of his patients lying face down on his treatment table with their shirt off to Ms A, a potential breach of patient confidentiality.

Mr Leeper told the tribunal: ‘I do accept that I engaged in a consensual sexual relationship with Ms A.

‘I fully accept that this was completely inappropriate and hope my statement echoes this realisation.

‘As the relationship progressed I began to realise that I wanted it to end, as although things were not great at home I did not want to leave my wife.

‘I accept that I did not stop it and it was my responsibility not to let it happen in the first place.’

His wife spoke of the heartache and challenges she experienced as a result of the affair, but said she still loved her husband and would stand by him.

She said: ‘He feels awful for letting everyone down. (He) is devastated at the ripple effect of what happened.

‘He constantly berates himself and is incredulous that he couldn’t see the situation unfolding and control it.’

The Professional Conduct Committee of the GCC ruled that Mr Leeper’s actions amounted to ‘grave errors of judgement’ and represented ‘appalling behaviour’.

But it decided that Mr Leeper ‘could be an asset to the profession in the future’ and instead of striking him off permanently, handed him a suspension of two years and six months.