Married high school teacher, 26, is fired and accused of having sex with two students

Married high school teacher, 26, could face up to 90 years in jail after she’s accused of having sex with two students aged 16 and 17 including ‘one encounter in the victim’s own home which involved drugs and alcohol’

A married high school teacher in Michigan has been fired and charged with having sex with two students.

Prosecutors say the alleged acts occurred outside of school hours and off school property with a 16-year-old and a 17-year-old student.

At least one time was in a car and another time was in one of the students’ homes, and reportedly involved alcohol and drugs. 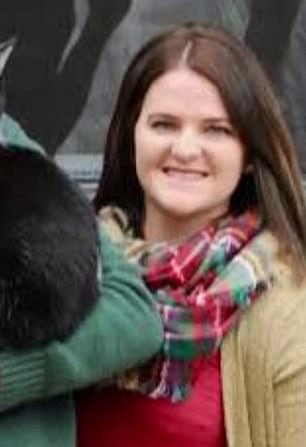 Kathryn Houghtaling, 26, a married special education and science teacher, was fired from Rochester High School in Michigan on Tuesday. She has been accused of having sex with two students, ages 16 and 17 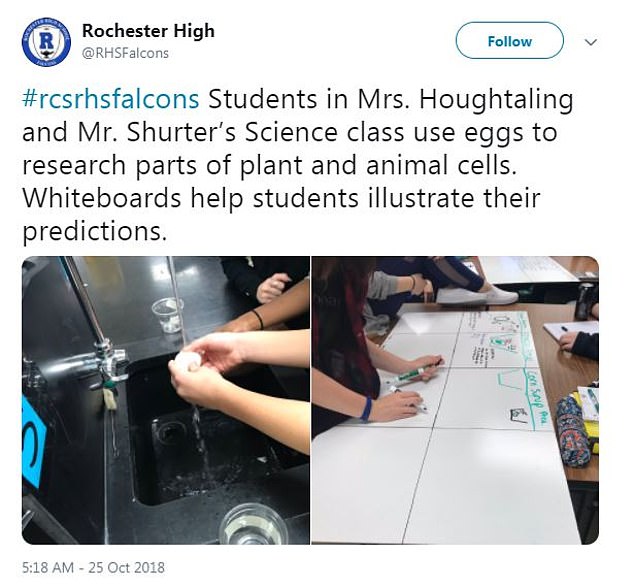 Prosecutors say the alleged incidents occurred between November 1 and December 31, with at least one in a car and another at one of the students’ homes

Houghtaling was fired on Tuesday following an internal investigation conducted by the school district.

One of the teenage victims was a student in one of her classes, according to prosecutors.

It remains unclear who tipped off the school district about the criminal acts, leading to the investigation.

Currently, a criminal investigation is underway.

The same day Houghtaling was fired, the school district sent a letter to parents that divulged few details but said there was ‘inappropriate conduct of a Rochester High School teacher with students after hours’.

During her arrangement on Friday, filmed by WDIV, she pleaded not guilty to all six counts.

If Houghtaling is convicted, she could face up to 15 years in prison for each charge. 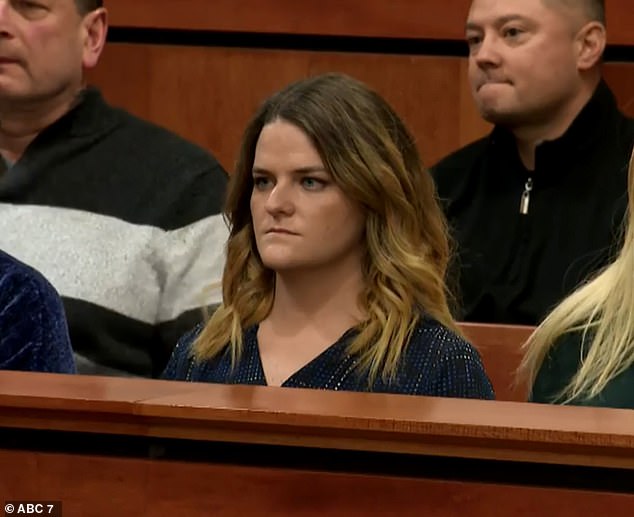 Houghtaling has been charged with six counts of third-degree criminal sexual conduct. She pleaded not guilty at her arraignment on Friday (pictured) 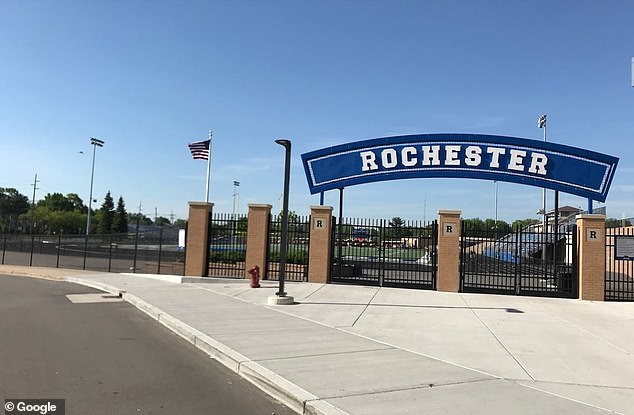 Judge Lisa L Asadoorian gave her a $200,000 cash bond. If convicted, she could face up to 15 years in prison for each charge. Pictured: Rochester High School

Judge Lisa L Asadoorian gave her a $200,000 cash bond and ordered Houghtaling – if posted – to not contact any party involved in the case and cannot set foot on Rochester Public Schools property.

However, he released a statement to WXYZ that read in part: ‘The safety and welfare of our students and staff is always our primary concern.

We are thankful for our partnership with the Rochester Police Department, the Oakland County Sheriff’s Office, and our security consultants who help us in our efforts to keep our children safe.’

Today, the Rochester Community School District was notified by the Oakland County Sheriff’s Office that former Rochester High School Teacher Kathryn Houghtaling will be arraigned Friday morning on charges of criminal sexual conduct. The charges are related to an alleged incident involving inappropriate conduct with students after school hours.

As soon as the District learned of the alleged incidents on Tuesday, an investigation was conducted, which resulted in Houghtaling’s immediate termination.

The safety and welfare of our students and staff is always our primary concern. We are thankful for our partnership with the Rochester Police Department, the Oakland County Sheriff’s Office, and our security consultants who provide us with the necessary guidance to make informed decisions.

Rochester Community Schools is committed to providing a safe, positive, and supportive learning environment for every student. District personnel are required to meet the highest standards of personal integrity, professionalism, and performance. Employees whose conduct or performance falls short of expectations will be subject to disciplinary action, or in this case, termination.

All members of our school community will experience an environment where they are safe, valued, and respected. Our support staff of counselors, social workers and psychologists are available to provide ongoing support for students and staff who are struggling with processing this disturbing information.

We also appreciate your support to encourage your son or daughter to talk to a trusted adult if they see, hear, or experience something that doesn’t seem right. They can also anonymously report information using OK2SAY at www.michigan.gov/ok2say.