Married Gareth Parry, 38, from Stockton-on-Tees, met the besotted girl for sexual encounters in a park near the school where he used to work but her horrified best friend went to the police when the victim confided in her

A married music teacher is facing a jail sentence for luring a schoolgirl into sex after his ‘sinister’ interest in girls was exposed when police found photos of Dr Who’s Jenna Coleman on his phone.

Married Gareth Parry, 38, from Stockton-on-Tees, met the besotted girl for sexual encounters in a park near the school where he used to work but her horrified best friend went to the police when the victim confided in her.

When detectives arrested Parry they found photographs on his phone of the actress Jenna Louise Coleman in one of her former roles playing a schoolgirl in the drama Waterloo Road.

Despite being 31, the youthful looks of Dr Who and Victoria actress Miss Coleman, and the fact she was playing a schoolgirl, were enough to convince detectives that Parry had a ‘sinister’ interest in younger girls.

It reinforced their belief in the girl’s story, which Parry had dismissed as a ‘fantasy’.

Parry, formerly a music teacher at Egglescliffe School, Stockton-on-Tees, told jurors at Newcastle Crown Court that the alleged sexual encounters ‘simply didn’t happen’ and that the girl instigated the exchange of ‘flirty’ messages in 2015.

He claimed he flagged the messages up to his wife early on in the exchange, but admitted he probably should have stopped after receiving some that were ‘inappropriate’.

He admitted he did have FaceTime conversations with the girl but insisted it was simply to check her ‘wellbeing’ and denied there was ever any sexual encounters between them.

And he told jurors that his wife was ‘upset’ after she learned about messages that were sent between Parry and the girl.

However he continued to send messages to the girl after she sent him texts containing love hearts and kisses.

Parry told the court: ‘At first I thought it was a bit of banter. Although not being a user of emojis myself, I didn’t know what half of these meant.’

After an eight day trial jurors dismissed his claims and found him guilty of six charges of sexual activity with the underage girl. He will be sentenced on April 27th.

Giving evidence the girl told the court how she and Parry met in a park in Stockton-on-Tees where sexual acts took place both there and in his car.

She told the trial: ‘I was not enjoying myself – I wanted to say no but I couldn’t. I had gone that far. It got to the point where we were doing something about our feelings.

‘I didn’t want it. I really didn’t like myself for that.’ 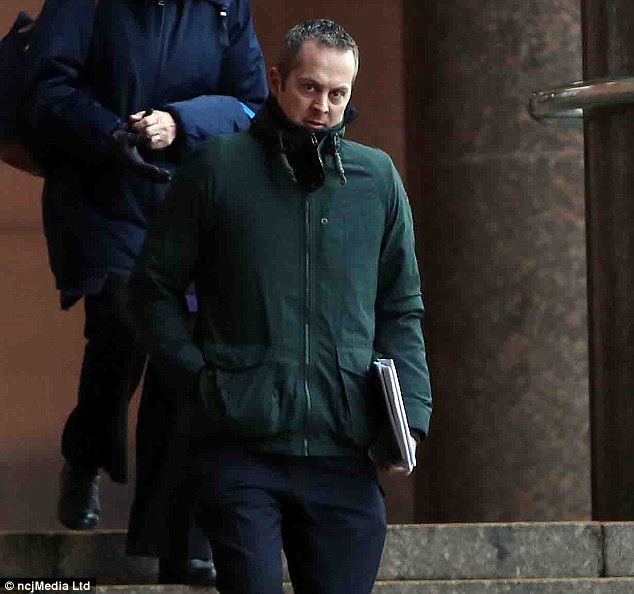 Jurors heard the victim had told a friend she thought Parry was ‘hot’.

The friend told the court she was left in stunned silence when the alleged victim claimed they had ‘kissed and hugged’ in Stockton’s Preston Park.

She told police: ‘She told me they were in love. She wanted me to know it was with her consent – it was not like he was taking control of her.’

The friend told police the girl was ‘calm’ when she opened up about their affair, adding: ‘It was like they were talking normally.’

The alleged victim then showed her friend messages from Parry, which she claimed proved their relationship. 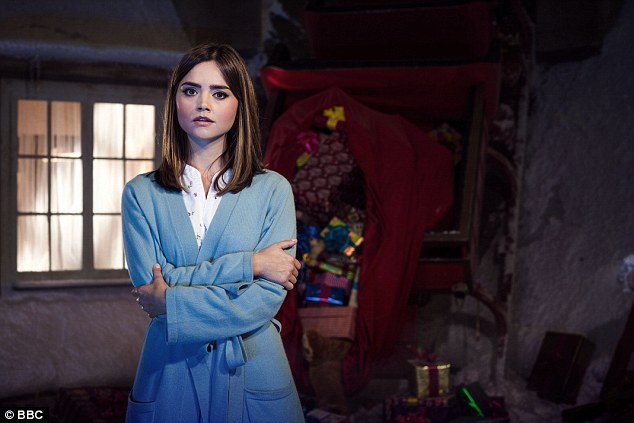 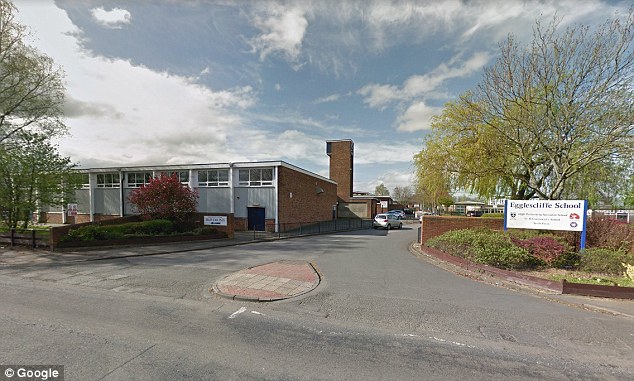 Parry, a former music teacher at Egglescliffe School (pictured), admitted talking to the underage girl about underwear, being in bed and Valentine’s Day

The parents of the victim gave evidence during the trial, telling the court she appeared ‘upset’ when they picked her up from an intimate meeting with the defendant.

On one occasion she was physically sick in the family home after performing a sex act on Parry.

It emerged during the trial that ‘well respected’ Parry left Egglesclife School after moving to a more senior role at Ormesby School in Middlesbrough.

Parry will appear before Judge Robert Spragg for sentencing next month.

After the trial, an NSPCC spokesman said: ‘He exploited and abused this young girl but by bravely speaking out, she has helped to ensure that justice is served.

‘It is important that this girl now receives the support she needs to move on from this traumatic experience.’