A disgraced MP who bombarded two barmaids with sexually explicit text messages will face no disciplinary action due to his ill health, it was announced yesterday.

Married Andrew Griffiths, 48, suggested a variety of depraved acts – including violence – in more than 2,000 messages to the women from his constituency.

He sent the texts, in which he referred to himself as ‘Daddy’, just weeks after his wife Kate, 47, had given birth to their long-awaited first child.

Married Andrew Griffiths, 48, suggested a variety of depraved acts – including violence – in more than 2,000 messages to the women from his constituency

Mr Griffiths later blamed his actions on mental health problems and said his behaviour stemmed from abuse he suffered as a child. And late yesterday afternoon, the Conservatives announced that would excuse him from any punishment.

The Tory investigation concluded Mr Griffiths may have breached the party’s code of conduct. But it said further action would be inappropriate ‘given his state of mental health, both now and at the time’.

News that he will escape sanction was met with fury in his constituency of Burton in Staffordshire, where he has been seen just once since the scandal.

Deneice Florence-Jukes, an independent councillor on East Staffordshire Borough Council, said it amounted to a ‘get out of jail free card’.

Mr Griffiths was investigated by the Tory party after she accused him of bullying and inappropriate touching at a fundraising ball.

Others accused the Tory party of cynical timing, given the announcement was released on a crucial Brexit day.

Mrs Florence-Jukes said: ‘The findings of the Tory investigation into a fellow Tory comes as no surprise particularly when you consider the Government is literally hanging on by a thread. So every seat counts, no matter what the cost.

‘Of serious concern is that this amounts to a virtual “get out of jail free card” for Griffiths for evermore. 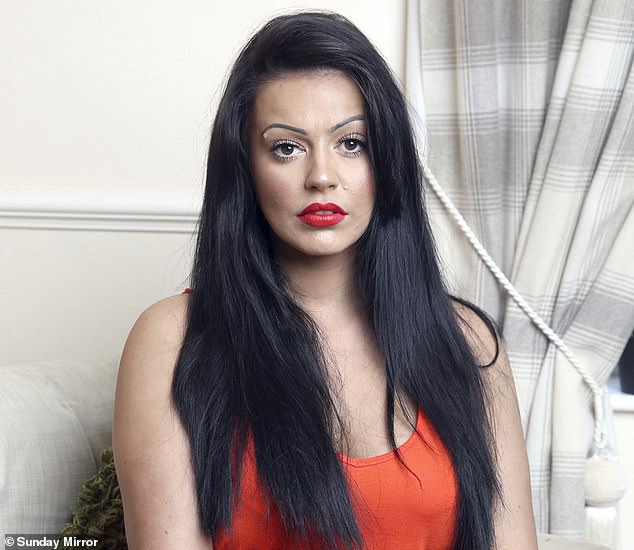 Mr Griffiths stood down as minister for small business in July after details of the messages sent to barmaid Imogen Treharne, 28, above, and her unnamed friend were published

‘Shamefully, we now have an MP whose party not only excuses his deplorable behaviour but actually endorses it.

‘This man continues to be accountable to no one, least of all us, the electorate.’

Mr Griffiths is the latest in a string of MPs who have talked about their ill health when facing disciplinary probes.

An investigation into whether shamed Labour MP Keith Vaz broke rules by paying male prostitutes was suspended for months after he said he was sick.

It was reopened when it emerged Mr Vaz had visited India and Saudi Arabia as well as carrying out constituency visits.

And action against Labour’s Jared O’Mara over abusive comments made on social media was delayed eight months after he was forced to step back from duties on the advice of his GP. Mr O’Mara was eventually reinstated by the party but resigned.

Mr Griffiths stood down as minister for small business in July after details of the messages sent to barmaid Imogen Treharne, 28, and her unnamed friend were published.

He also faced calls to stand down as an MP after it emerged he had sent the pair £700 for X-rated pictures and videos and asked them to tie each other up. In one message, he told how he could be an ‘evil ******* when I’m turned on’. Another said: ‘I just wish my little girl was sat on my knee. With those big t*** in my face.’

In an interview with the Sunday Times, he claimed he did not even remember sending some of the messages. He has not said if he will stay on as MP at the next election. 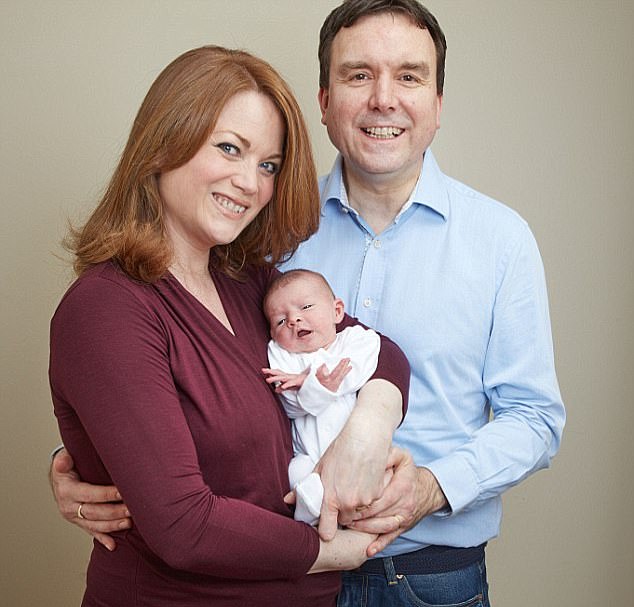 Andrew Griffiths MP with his wife Kate and baby Alice. He sent the texts, in which he referred to himself as ‘Daddy’, just weeks after his wife Kate, 47, had given birth to their long-awaited first child

The East Staffordshire Conservatives said its prospective parliamentary candidate selection process had been suspended by Conservative party officials, but would be reviewed in the New Year. A House of Commons investigation is continuing.

‘We are therefore in an incredibly difficult position because whilst we want to get on with our selection process as soon as possible, when the evidence suggests someone is unwell, we also have a moral duty to ensure that such a process is sympathetic to that person’s recovery.’

A Conservative Party spokesman said a panel chaired by an independent QC concluded that the MP’s conduct was a potential breach of the party’s code but taking further action would be inappropriate given his health.