Spherical chocolate sweet Maltesers are going to get flattened turning them from balls to buttons, it is alleged.

The details of the changing shape of the malt chocolate sweets were leaked during preparations for an upcoming advert.

Spherical chocolate sweet Maltesers are going to get flattened turning them from balls to buttons alike to minstrels, it is alleged

A source that was invited to audition told the Sun: ‘We were told the Maltesers we would be holding would be flat — like a Minstrel. We were not given the chocolate but it was described to us.

‘The part involved pretending to be a bunch of mates at work having a bit of banter while eating Maltesers.

‘We got on with it, but none of us thought flat Maltesers were a good idea. I imagine some people will be upset.’

It is unclear if the buttons will be a one-off or a permanent change in response to the sugar tax, incoming on April 6.

In 2015, Maltesers were named the UK’s favourite chocolate, but last year Brits switched to healthier options and sales slumped by 7.6 per cent.

Mars, who manufacture Maltesers, said ‘that’s not a bad idea’ when asked if the chocolate treat will be flattened.

In November, MailOnline revealed how many of Britain’s favourite chocolate treats have shrunk in the aftermath of the Brexit referendum. 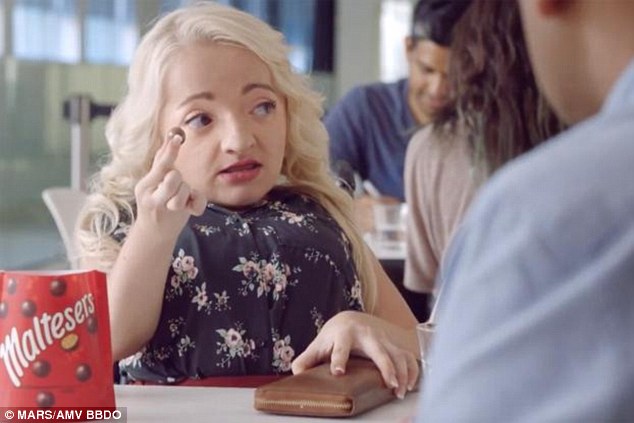 A source said that when they were auditioning for an online advert, they would be holding flat maltesers. Pictured: a previous Maltesers advert In 2015, the milk chocolate and malt treats made by Mars were voted Britain’s favourite chocolate

Maltesers have reduced the size of their bag twice since Brexit, from 121g to 93g – a decrease of 23.1 per cent – without lowering the price.

Other chocolates, have also been reduced. Toblerone has reduced size of its small bar from 170g to 150g without lowering the price, meaning consumers are paying 13.4 per cent more per gram for a £1 bar.

Last year, the firm reduced the size of some Toblerone bars from 400g bars to 360g by increasing the gap between the chocolate triangles. 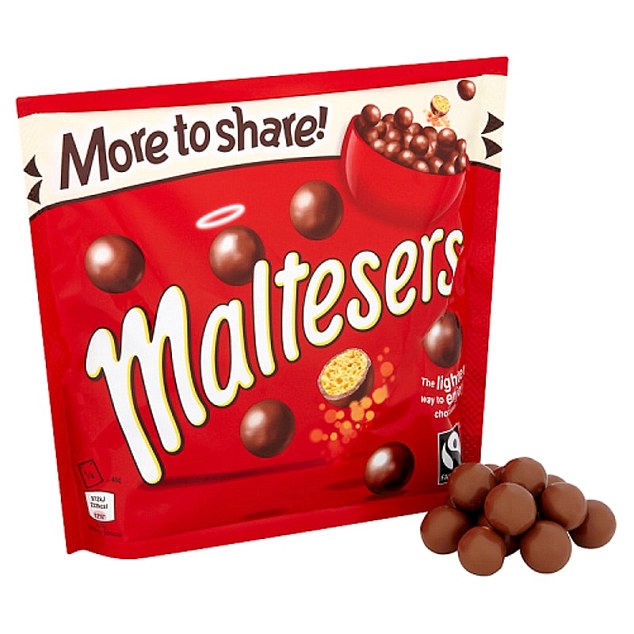 Maltesers have reduced the size of their bag twice since Brexit, from 121g to 93g – a decrease of 23.1 per cent – without lowering the price

In 2015, the number of Cadbury’s crème eggs in a multi-pack was cut from six to five.

The reason why so many chocolates have shrunk may be due to the high price of cocoa butter, and other ingredients required to make chocolate, which jumped by 40 per cent last year.