Martha Stewart has shared a throwback photo taken at the onset of her career—in which she looks like nothing short of a supermodel.

The snap, which appears to have been taken in the 1980s, shows Martha, now 76, in a strapless black dress and black stilettos, sitting on the arm of an armchair, posing in the library of her Turkey Hill property in Westport, Connecticut.

‘My assistant found this great photo of me in my library at Turkey Hill,’ Martha wrote next to the photo on Instagram yesterday. ‘Wish it was taken last month!!!’

Past: Martha Stewart, 76, took to Instagram yesterday to share this throwback photo of herself. The snap, which appears to date back to the 1980s, was taken in Westport, Connecticut 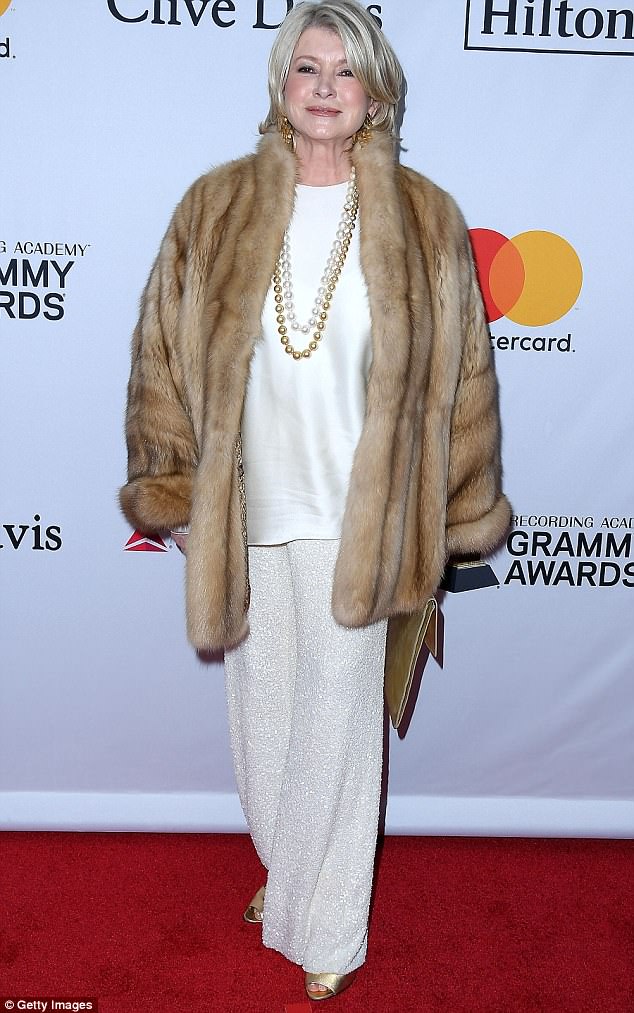 Talents: The businesswoman (pictured earlier this year in New York City) had an earlier career as a model, and used it to help fund her education at Barnard College

Before she became the queen of domesticity, Martha did have a career as a model, which she used to help pay for her expenses while studying at Barnard College in New York City.

But her throwback photo was taken later in her career, given that she and her then-husband Andrew Stewart purchased the home when Martha was 29 years old, in April 1971.

Her fashion choices in the picture, as well as the home decor, suggest that the photo dates back to the 1980s, an important period in Martha’s career.

At that time, she had a catering business, and it was during that decade that she published her first cookbooks, before launching her own magazine, Martha Stewart Living, in 1990. 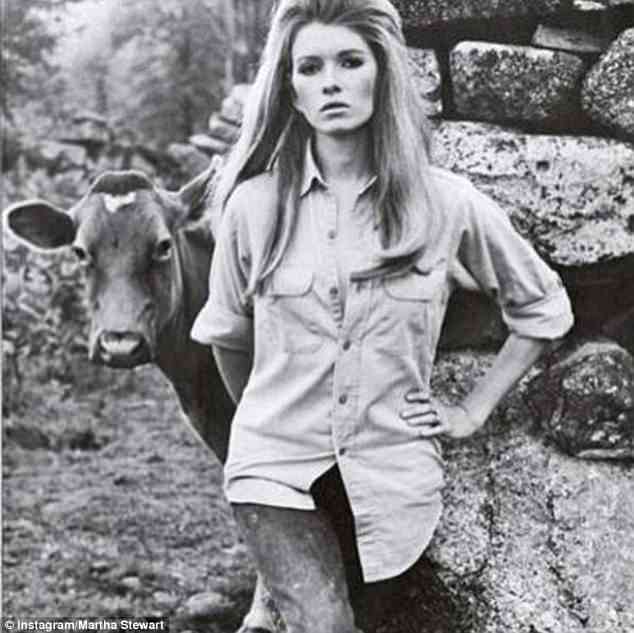 Snaps: Martha has shared photos of her modeling days in the past on her Instagram account. One of them shows her in a simple shirt and jeans, with long hair 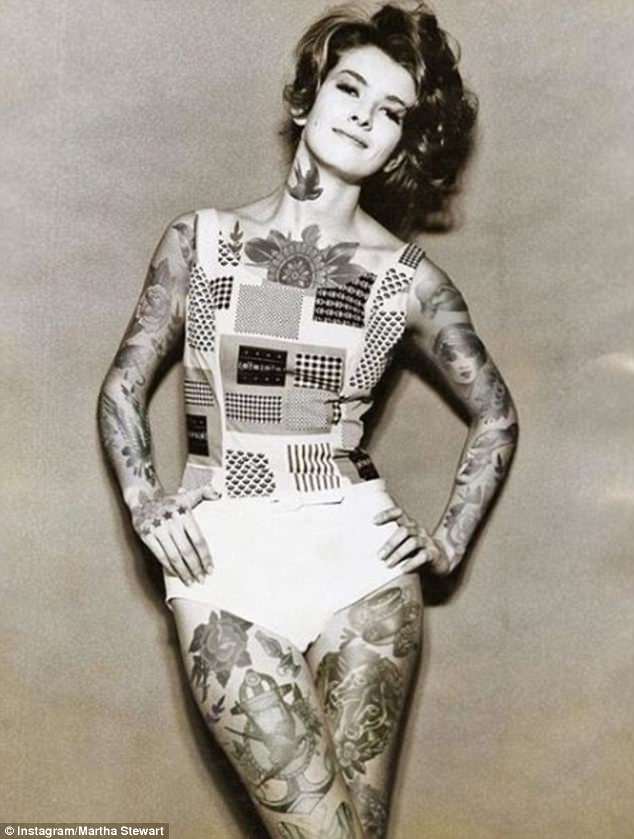 Look: She also posted one of her modeling shots with modern-day tattoos added onto it, making it look as though she had been inked all over her body 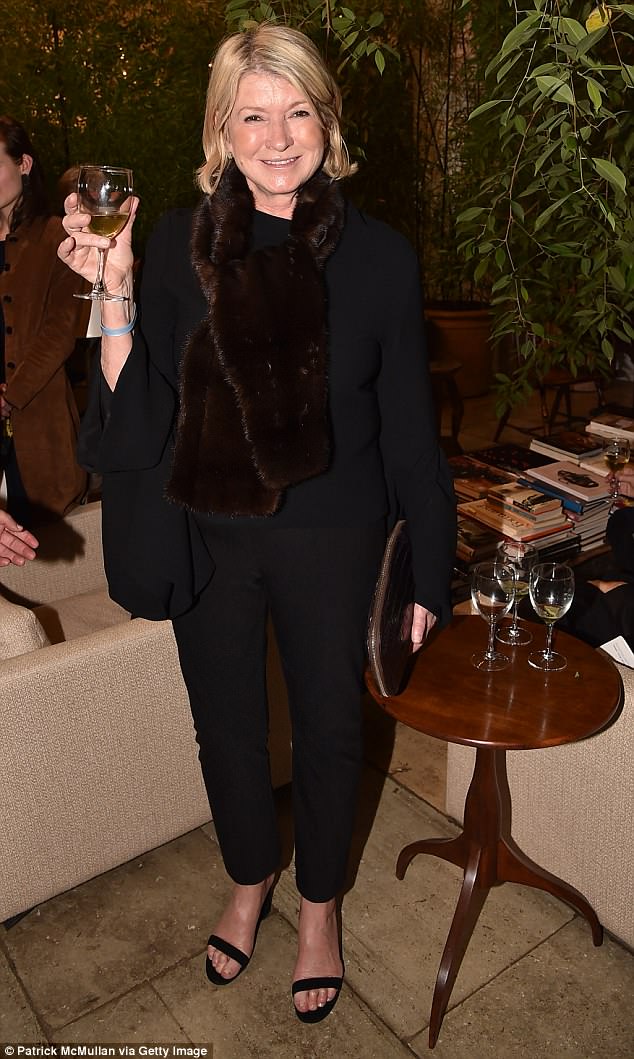 Speaking out: Last year, Martha (pictured on Wednesday in New York City) revealed she was sexually harassed while working as a model in her teens

‘That’s what I look like when I go out,’ Martha told Today of the stunning shot on Friday, adding that the image was taken during a ‘boring photo shoot’.

One of them shows her in a simple shirt and jeans, with long hair, posing in front of a cow in the countryside.

Martha also posted one of her modeling shots with modern-day tattoos added onto it, making it look as though she had been inked all over her body.

Last year, the businesswoman revealed she was sexually harassed while working as a model in her teens, telling People men asked her to undress during an audition for a job.

‘I was asked to wear a bikini under my clothes. I thought, “Oh, maybe we’re doing a beach commercial or something,”’ she told the magazine.

‘So I go into the room and there’s a table with all men sitting around it and it’s an advertisement agency, I can’t remember which one it was. They said, “Now you can take your clothes off,” and I said, “Oh, is this where are we doing the commercial? Are we wearing bikinis in the commercial.”

‘They said, “No, but as long as you’re here we might as well see what you look like.” I thought that was harassment of the first order.’

Martha ended up walking out of the room, saying this was not what she had come for.