Martha Stewart’s daughter Alexis puts her sprawling six-bed 10,000sq-ft Manhattan triplex on the market for $53 MILLION after buying three apartments and turning it into one

Martha Stewart’s daughter, Alexis, has listed her sprawling triplex apartment in the West Village for $53 million.

The home was pieced together by merging four separate apartments and now spans over 9,500 square feet.

The property offers six bedrooms, views of the Hudson River, 600 square feet of terraces, a library, a private office, a recreational room, and a free-floating staircase connecting the three floors.

Stewart is looking to move so that her children can have more space although they are expected to stay in the West Village.

Residents of the building are able to enjoy a 50-foot infinity-edge pool, a fitness center, and a private wine cellar. 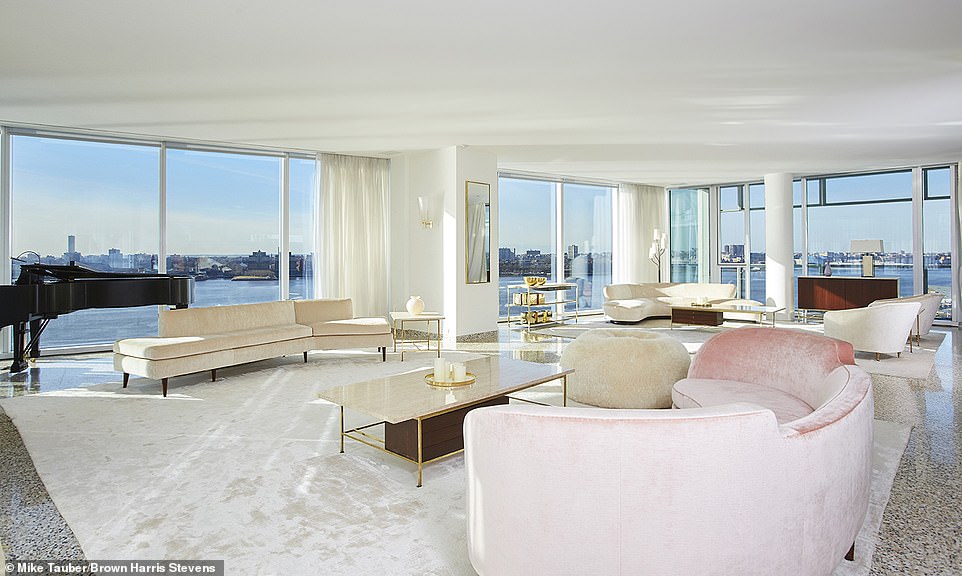 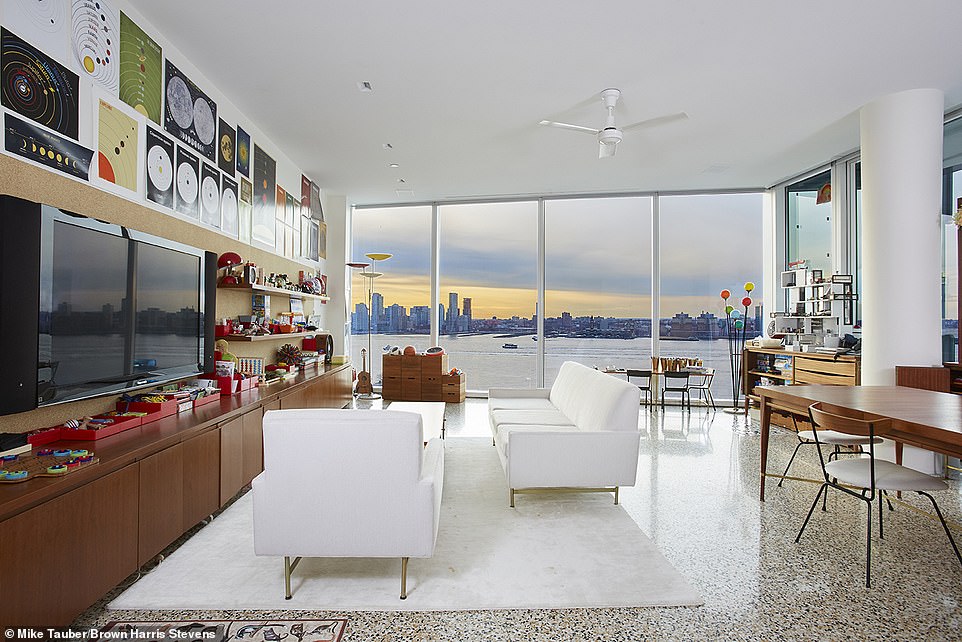 Even the kids playroom is enormous in this six-bedroom apartment. There are fabulous views of the river and beyon 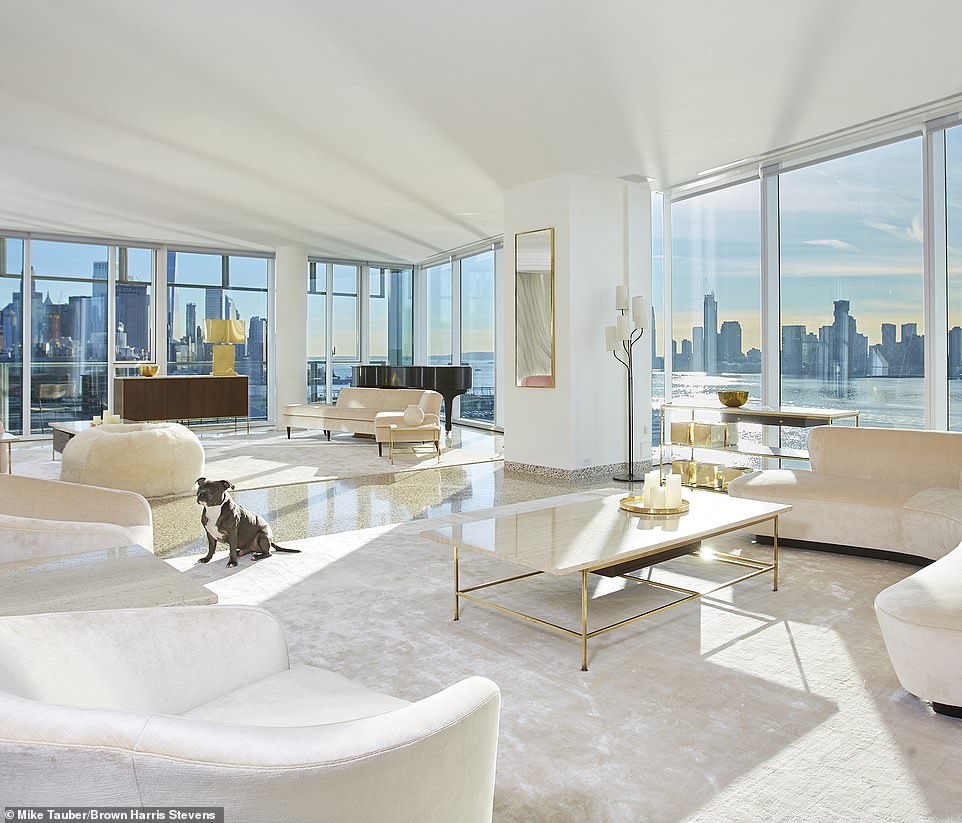 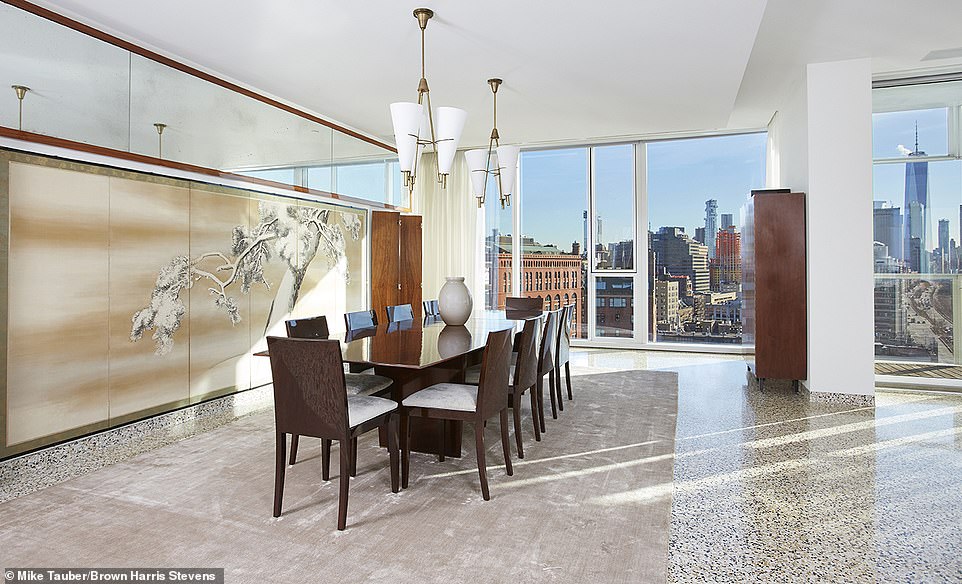 There’s room for ten around this dining table in an otherwise bare room. But guests will be transfixed by the skyline views 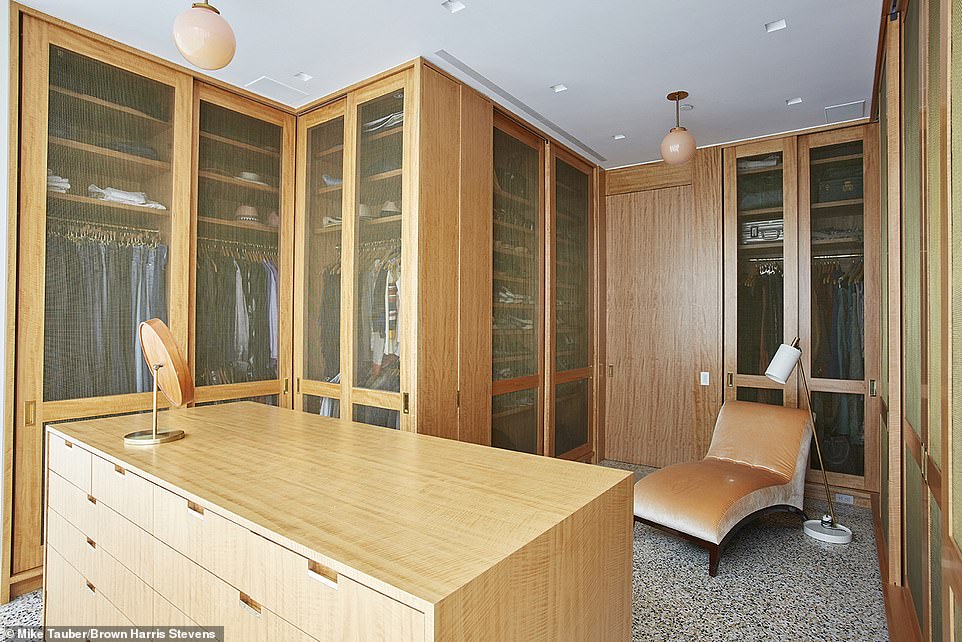 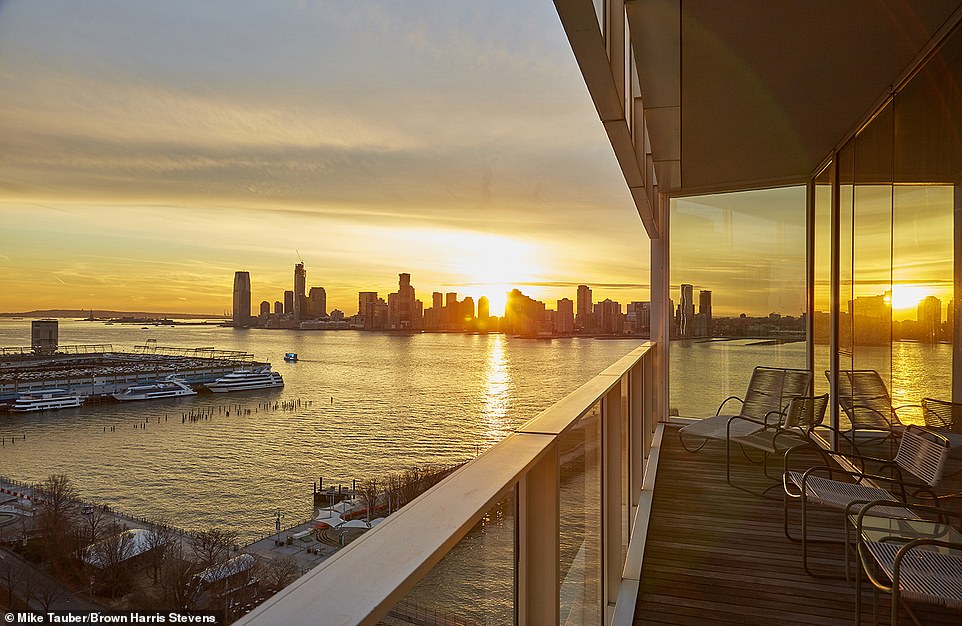 The apartment spans more than 9,500 square feet—the floors of which are connected by a bronze and terrazzo staircase with incredible views of the Hudson River and New Jersey 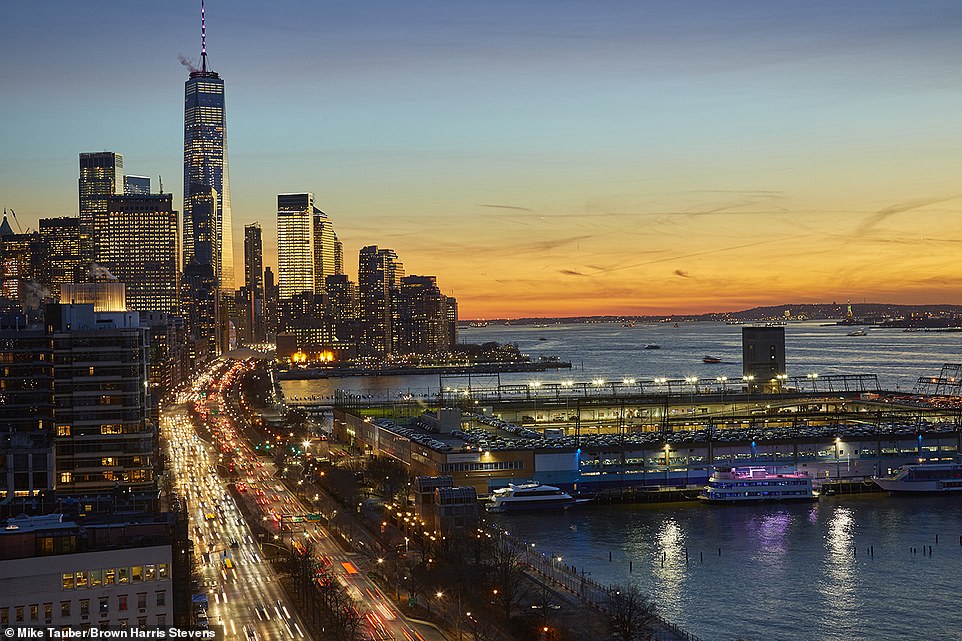 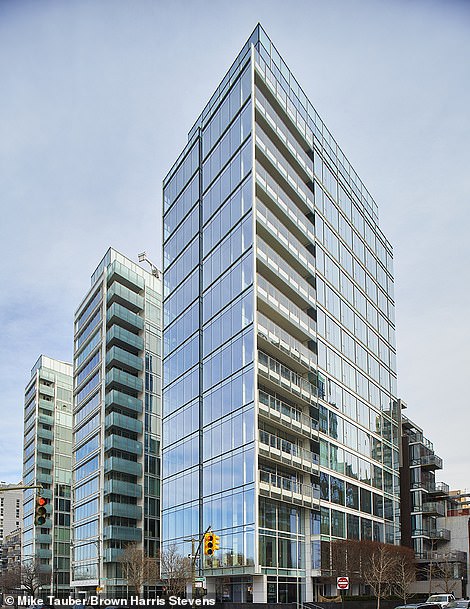 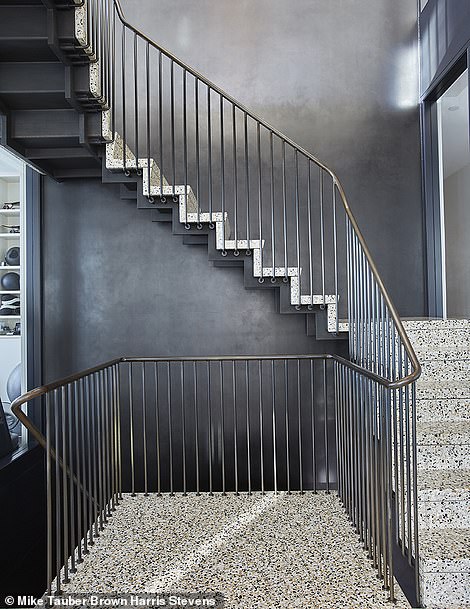 The triplex apartment owned by Martha Stewart’s daughter, Alexis Stewart, is poised to become one of New York City’s most expensive homes for sale