By Martin Keown and Chris Sutton For The Daily Mail

Tottenham are preparing for one of the biggest nights in their history when they take on Ajax in the Champions League semi-finals on Tuesday.

The north London club knocked out Manchester City in the previous round whilst their Dutch opponents kicked out Juventus.

Sportsmail’s Martin Keown and Chris Sutton have given their prediction ahead of the game at the Tottenham Hotspur Stadium.

Better teams than Tottenham have tried and failed to stop Ajax’s Frenkie de Jong. Against Real Madrid in the round of 16, he ran Luka Modric ragged. Juventus tried to man-mark him in the quarter-finals but they couldn’t get near.

This guy looks a future superstar, like Sergio Busquets with pace.

He is Ajax’s conductor. He will drop so deep that he will go back into his own box to get the ball off the goalkeeper if he has to. Then, when he has it, he is smart in possession and plays punishing passes.

How do Spurs stop him? I’m not sure they can. Juventus had Emre Can and Blaise Matuidi but they could not prevent him controlling the game. De Jong is one of a few special talents for Ajax and it is little wonder Barcelona have already made their move for him. These players must come into training and giggle about which European giant they’ve been linked with that day.

All the big clubs will want them and this might be the last time we see them all together. They will want to do something special while they can. 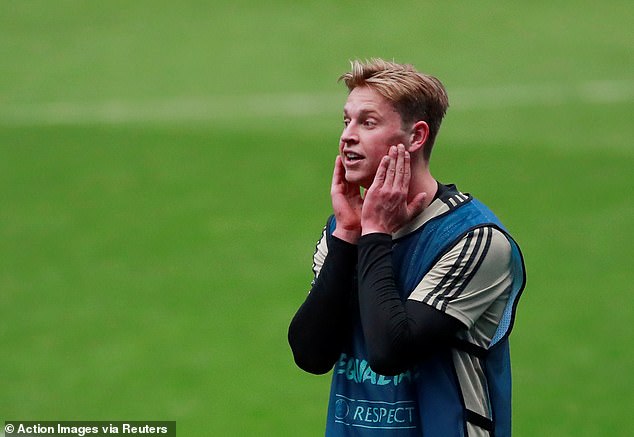 Tottenham would have snapped your hand off if you had offered them a spot in the semi-finals against Ajax at the start of the season.

Mauricio Pochettino’s side must not underestimate their opponents, however, and I’m sure they won’t. This Ajax team is young, athletic and hungry. It is no fluke they beat Real Madrid and Juventus to get to the semis of a competition they started in qualifying on July 25.

In 19-year-old captain Matthijs de Ligt, they have one of the best young centre halves in football. He smells danger.

Then there’s De Jong, who is signing for Barcelona for £65million.

The attacks all go through him. Brazilian forward David Neres, 22, and Donny van de Beek, also 22, are two other talents, while we all know about Dusan Tadic.

If this Ajax side go on to win the Champions League, it would be one of the greatest football stories ever. So Tottenham have a tough task if they are to stop the Dutch making history. I’m expecting a tight, cagey first leg. 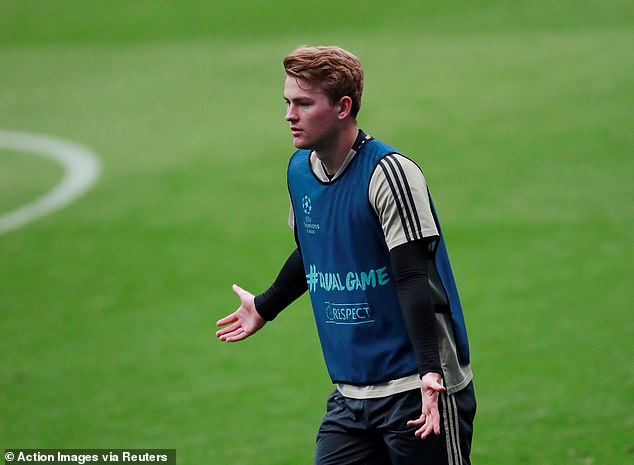 In 19-year-old Matthijs de Ligt, Ajax have one of the best young centre halves in football