MARTIN KEOWN: Arsenal’s game against Chelsea could be judgement day for Mikel Arteta

After the humiliation of losing 2-0 at Brentford in their first game, some have wondered if this might be a long season for Arsenal. But if they cannot turn around their fortunes soon, it could end up being a very short one for manager Mikel Arteta.

His task is not about to get any easier. Before the first international break, Arsenal face Chelsea at home on Sunday and Manchester City away next weekend, after which they could very well be bottom of the league with three defeats from three.

It is a results business and I think the Chelsea game will be judgment day for Arteta. There will be a packed house at the Emirates for the first time since his early days in charge, and fans will be expecting to see evidence of what the Spaniard has achieved since they were last there. 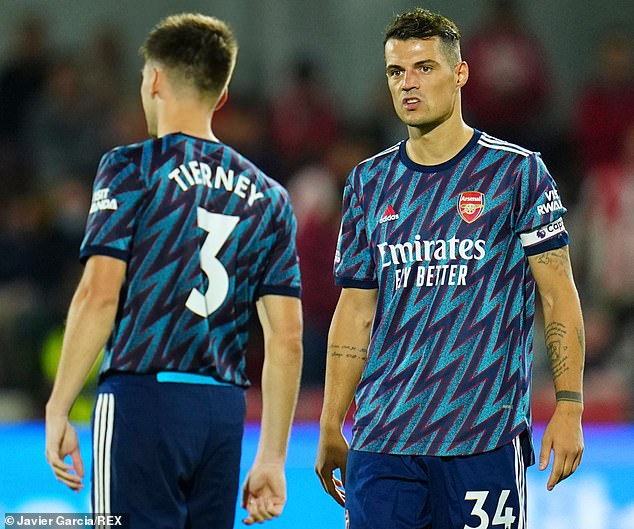 In the 20 months since he took over from Unai Emery, Arteta has won two trophies — the FA Cup and Community Shield — and lots of players have come and gone. So why does it feel like nothing has changed?

Arsenal had momentum coming into this campaign. They won their final five league games of last season and, despite finishing eighth, were six points off the top four. Only four of their players went to the Euros, so Arteta had the whole pre-season to work with the majority of the squad. They should have been hitting top gear earlier than most teams — then they were second-best to Brentford.

There was a fear in the air last week, and Arsenal’s sideways passing was a trigger for the hosts to press, forcing the Gunners to go back to the goalkeeper too often. Brentford repeatedly went long to Ivan Toney, but Arsenal defended naively. 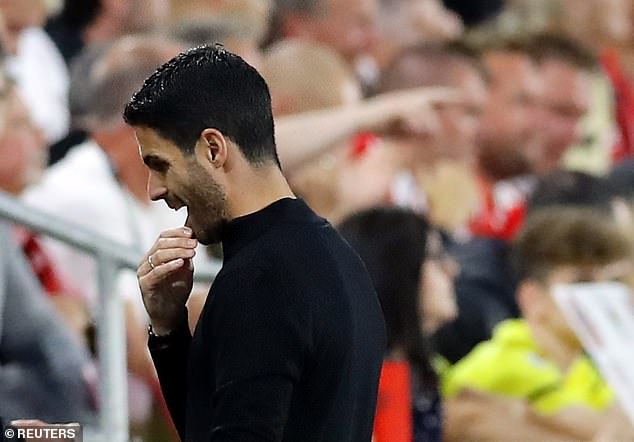 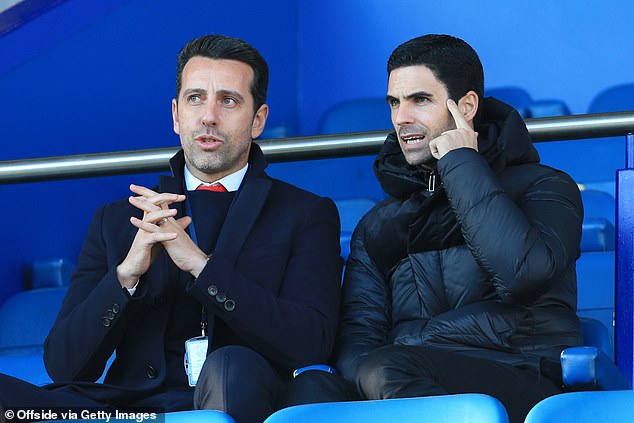 They were 20 yards too deep and lost the aerial battle time and again. In my Arsenal team, Patrick Vieira would have stepped back, sat in front of a player such as Toney and provided cover, but where was the midfield help at Griffin Park?

The energy was missing, and so was the fight. For Brentford’s second goal, goalkeeper Bernd Leno was being held by Pontus Jansson, and was unable to come out to claim the long throw. Christian Norgaard powered in to head home the loose ball and afterwards Arteta said there was not much they could do about Leno being held. Wasn’t there? You have to have a defender in between Leno and the forward, and if needed — as Jens Lehmann was an expert at — the goalkeeper can throw himself to the floor to attract the referee’s attention.

There has been a huge turnover in the Arsenal squad since Arteta took over and it has contributed to the instability of the club. Look at the players who have come in during his tenure. 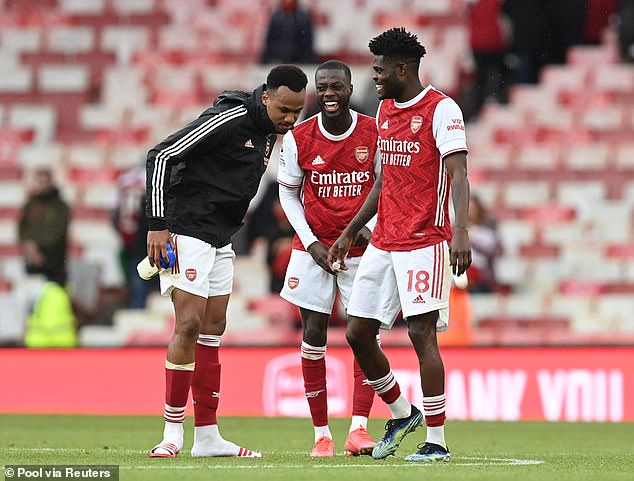 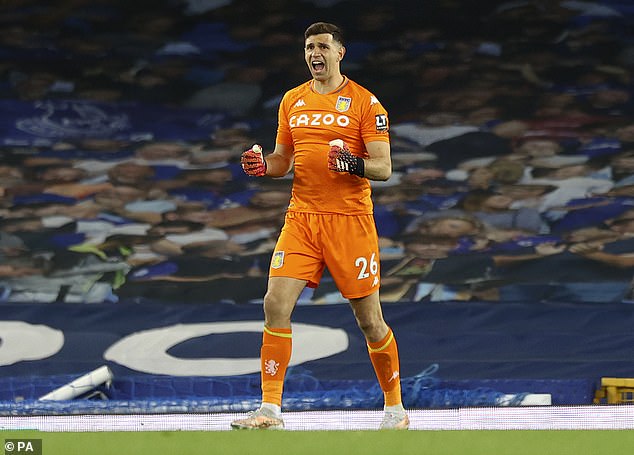 They have had nothing from Willian, Pablo Mari feels like a fill-in centre half rather than a No1, Cedric Soares is a squad player. Thomas Partey shows good qualities but has had injury problems and while Gabriel Magalhaes is a player I like, he could have done with more support.

He let himself down in a few games last season and they dropped him rather than offer him encouragement. All the while, Lucas Torreira and William Saliba have never been given the opportunities.

The recruitment under Arteta and technical director Edu has been hit and miss, which is a concern, particularly as it will be crucial going forward. There have also been a number of red flags, namely selling Emiliano Martinez, now Argentina’s No1, for £20million and replacing him with the inexperienced Runar Alex Runarsson.

That error has been compounded this summer with the imminent signing of Sheffield United’s Aaron Ramsdale. With finite resources at its disposal, the club cannot afford to be that slack with its money.

Another area of concern is the club’s inability to shift its dead wood, a strategy at the centre of its seemingly ill-fated summer overhaul. Instead, the club has sold Joe Willock, an exciting young goal-scoring midfielder, to Newcastle. 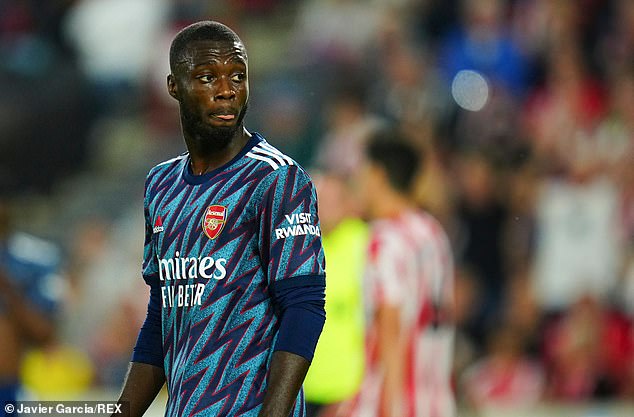 I will not be alone in being able to name at least 10 players I would rather see sold than Willock. With that deal now done, it becomes imperative that Arsenal use that money wisely, but the evidence so far does not inspire me with confidence.

I know many Arsenal fans may not agree, but there have been so many ins and outs at the club that it does not feel stable any more. Granit Xhaka, who has just signed a new contract, is one of the few characters in the dressing room who might make a stand by speaking up when performances are as poor as they were last week. He has standing among the squad and keeping him around will help create stability, though a period of good results would be even better.

Arteta inherited this group from Emery and has been trying to get rid of any issues within it, but he may have created one himself with Pierre-Emerick Aubameyang last season — calling out his captain when he was late to the Tottenham home game in March. It is proving a real test of his man-management skills, but one he may need to pass to get the team firing again.

This is the most important month of Arteta’s managerial career, and it is time for the team to produce if he is to stay in the job until the end of the season. There are no more excuses, it is time to perform. 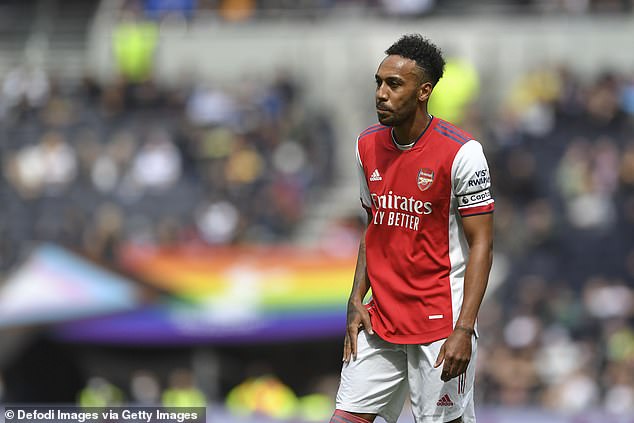