‘If I was playing against him, I’d be OK if it was given’: Martin Keown in awe of Gareth Bale strike as Real Madrid star sees volleyed lob agonisingly ruled out for handball against PSG

Martin Keown was so impressed by Gareth Bale’s disallowed goal for Real Madrid that he joked he’d have been fine with the effort standing if he was a defender.

Bale produced a sublime piece of skill to juggle the ball and volley a lob over Keylor Navas’ head.

With the Spanish side trailing 2-0 heading towards half-time, Bale thought he’d pulled one back in fine style. 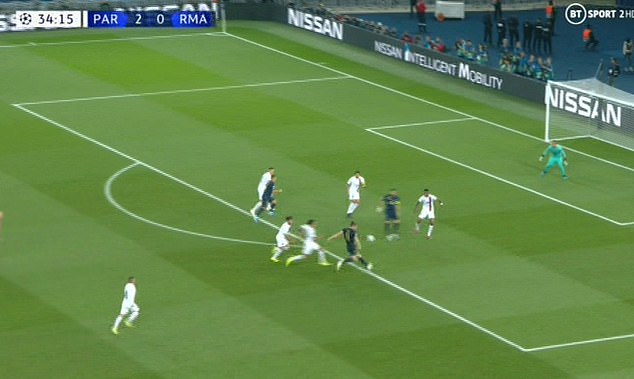 But replays showed he’d used his hand, inadvertently or otherwise, to bring the ball under control before his shot.

Referee Anthony Taylor consulted VAR and ruled the goal out, much to the delight of the home fans who has already seen Angel Di Maria put the French champions 2-0 up.

On commentary for BT Sport, Martin Keown quipped: ‘If I was playing against him, I’d be OK if it was given’. 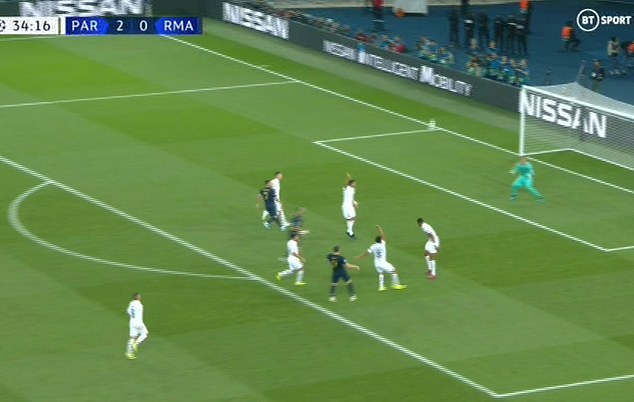 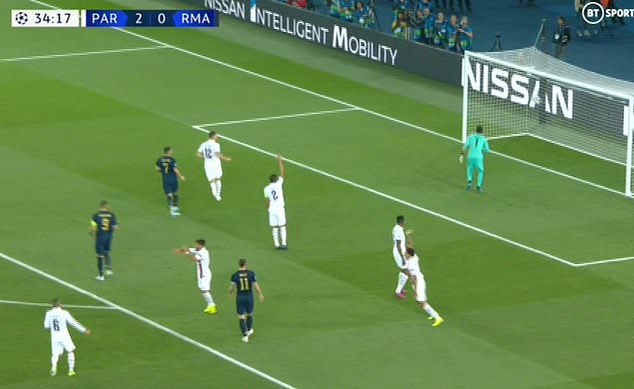 And in the studio during the break his fellow pundits had their say.

‘The Bale goal would have changed the whole complexion of the game before half time but it wasn’t to be,’ lamented Rio Ferdinand.

Glenn Hoddle added: ‘There was no intent to use his arm but that’s the rule.’ And Peter Crouch suggested the winger’s muted celebration was because he knew there was no way it would count. 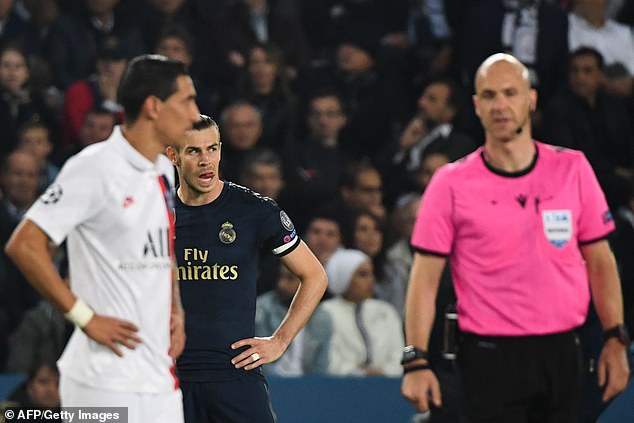