Virgil van Dijk towered above the Bayern Munich defenders to score Liverpool’s second goal. He has been head and shoulders above the rest all season.

It has been 14 years since Chelsea’s John Terry became the last defender to be crowned PFA Player of the Year. Van Dijk’s brilliant all-round performance in Germany only underlined why, this season, he can be the next defender to receive this prestigious award from his peers. On Wednesday night, he was perfection personified.

What sets him apart is that he never thinks, ‘I’m just here to defend.’ Even on an intense, high-stakes night such as this he is always searching for ways he can win the game for his team. He sets an example for every young centre back in the way he is always on the lookout for that killer pass.

That is what he did in the 26th minute when he clipped a superb, 55-yard ball out of defence to Sadio Mane.

Van Dijk reads the game superbly and knows what Mane is capable of if he can get him in behind. The forward still had plenty to do and showed sublime skill to score but without Van Dijk’s positive thinking, that chance would not have been created.

Liverpool may not have missed the suspended Van Dijk defensively in the first leg at Anfield — they kept a clean sheet — but last night he showed how important his creativity is to this side. 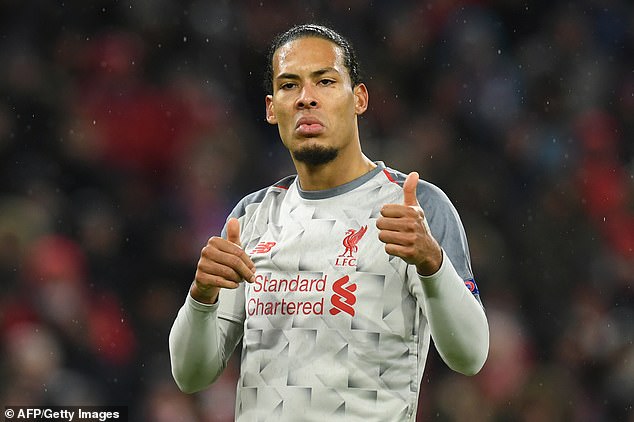 This must be Jurgen Klopp’s most satisfying Liverpool victory. From front to back, his players oozed composure.

Alisson imparted so much confidence to his defenders in the way he prowled the penalty area. The forwards set the tone by pressing from the off — and Liverpool did not panic when they did get on the ball.

In the first leg, Liverpool put themselves under pressure by going backwards — passing to Alisson 16 times in the first half — and they were at home! They learned from their mistakes in Germany, only going back to their goalkeeper six times before half-time. 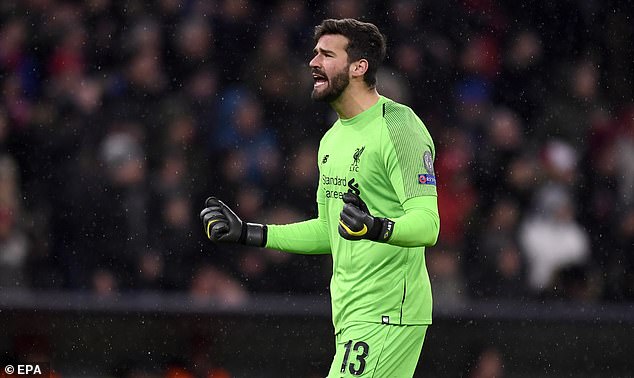 Goalkeeper Alisson imparted so much confidence into the Liverpool defencE