I faced Manchester United teams full of attacking talent. They’d have Dwight Yorke and Andy Cole starting up top, then suddenly Teddy Sheringham and Ole Gunnar Solskjaer would be brought off the substitutes’ bench.

Sir Alex Ferguson had that array of options, an assembly of weaponry which enabled United to go after teams, and now Solskjaer has that, too. 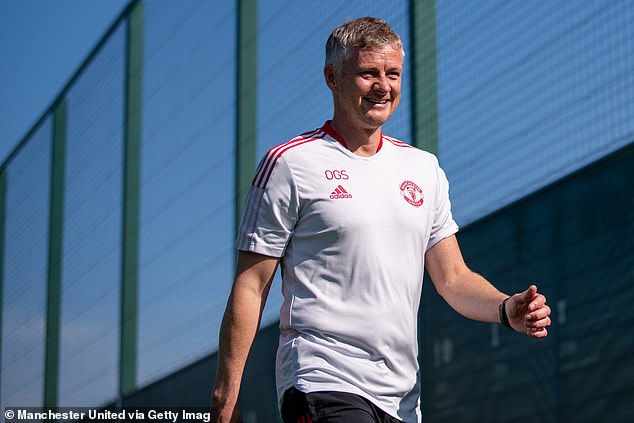 That’s some list, and Ronaldo’s return will give the group such energy. He’s a serial winner, someone who will stop at nothing to emerge victorious, and that will rub off on everyone else.

With their long list of options, United can perhaps return to the all-attacking force they once were and meet all of Ronaldo’s needs. Solskjaer has mainly used a 4-2-3-1 formation with United, with two midfield sitters. But this is an opportunity for the manager to switch to a 4-3-3, which could potentially get the best out of this supremely talented group.

Solskjaer may see the signings of Ronaldo and Raphael Varane, a Champions League winner and a World Cup winner, as a catalyst for that change. 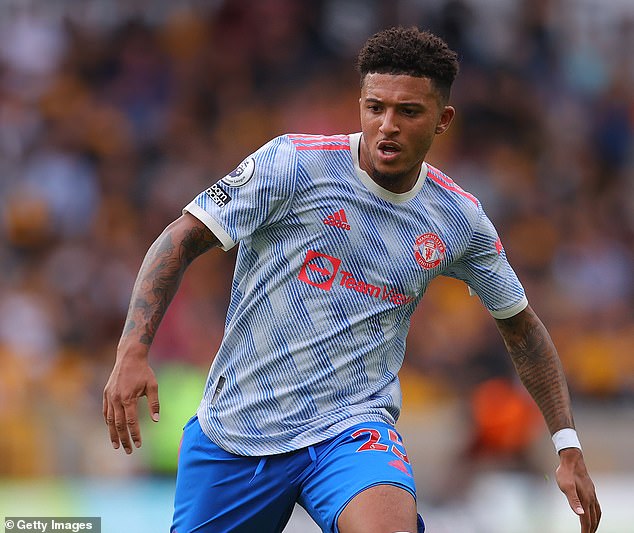 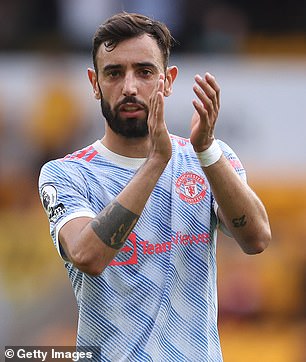 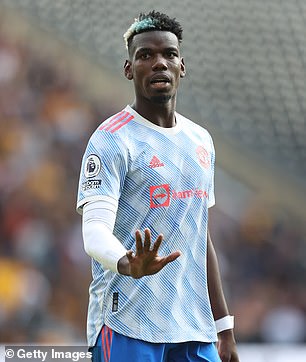 Varane demonstrated his pace on his debut against Wolves. Facing Adama Traore, he was given quite the welcome to the Premier League, but he more than held his own. Varane gives United security at the back, like Virgil van Dijk does for Liverpool.

If Luke Shaw is flying forward but Aaron Wan-Bissaka used as a holding full back alongside Varane and Harry Maguire and with a midfield sitter, then that still leaves four in defence to deal with any counter-attacks from the opposition.

In this system, Pogba and Fernandes can play on either side of a singular sitter.

The versatile Pogba was used on the left wing in United’s opening two games of the season — and racked up five assists in the process — but with the array of options Solskjaer has, I can’t see Pogba playing in that position any longer.

Pogba can still contribute to attacks from the left of midfield, and so can Fernandes from the right. 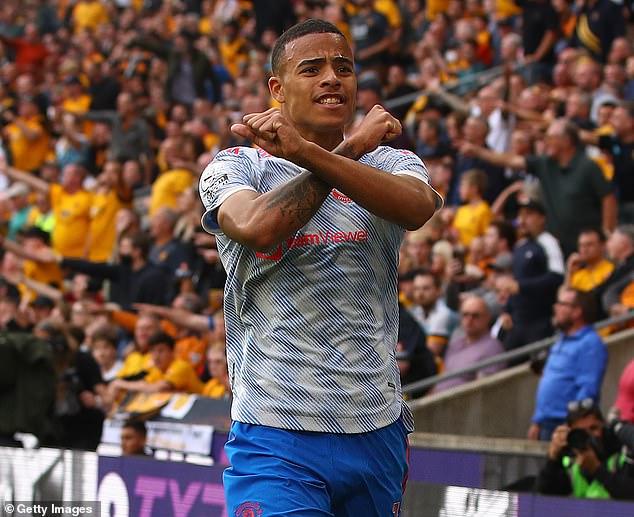 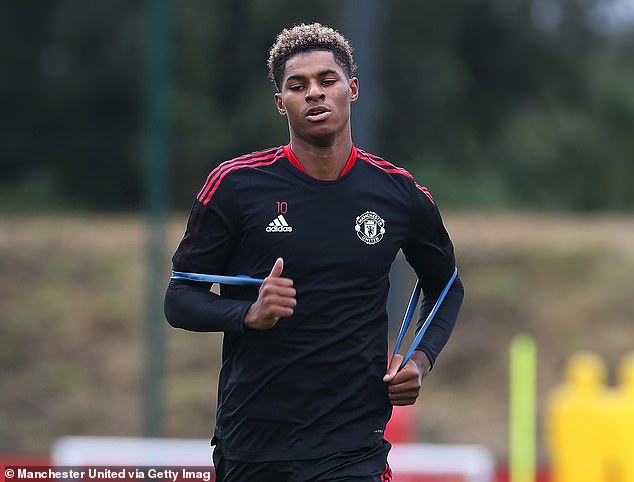 As for the front three, Ronaldo has progressed from a wondrous wide player to kingpin striker in the 12 years he has been away from Old Trafford.

He has got that conquering cocktail of talent, intelligence and an extraordinary work ethic.

Juventus used two up top last season and Solskjaer will know he needs to find support for his star striker. He needs to decide who to use either side of Ronaldo.

Sancho could be their £73million man on the right and Rashford a handful coming in from the left, with Shaw supporting down that side, too.

If they don’t start, Greenwood, Martial and Lingard are healthy options as substitutes, as is Cavani.

Ronaldo scored 31 goals in 34 League games in his second-from-last season for United. If he racks up those numbers again, Solskjaer and his players could find themselves Premier League champions for the first time since 2013. 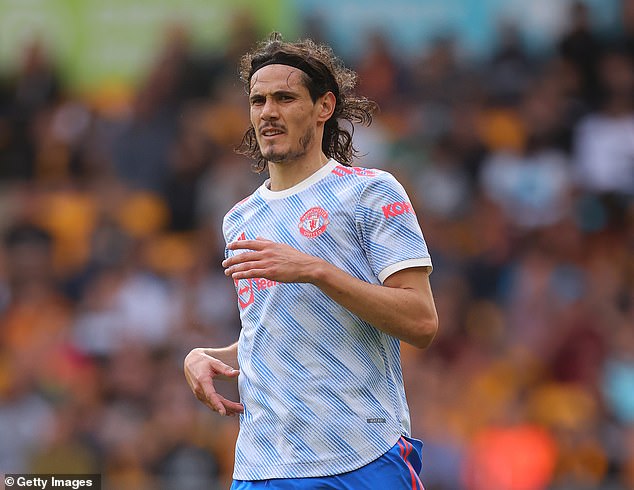 Edinson Cavani (above), Anthony Martial and Jesse Lingard are all also in the frame for games

United’s wide men could be instructed to cross the ball more now they have Ronaldo roaming the box.

The 36-year-old has a remarkable leap. He recently broke the world record for goals scored in men’s international football with two headers against the Republic of Ireland. Of his 111 goals for Portugal, 28 have been scored with his head. Under Ferguson, balls used to fly into the box from Gary Neville, David Beckham and Co. United would regularly rank first or second in the Premier League for crosses at the end of a season.

Yet under Solskjaer, they routinely rank 16th or 17th.

There is no way that Ronaldo, or even Cavani with his clever movement, would be happy with that statistic. They will demand the ball is delivered.

Ronaldo will still believe he can win a Ballon d’Or, even at his age. If he’s looking for inspiration, he can look to the great Sir Stanley Matthews, who won that prestigious award at the age of 41 and retired at 50! Ronaldo is still only 36 and has just signed a two-year deal. He will still feel there is plenty of life in him yet.

If Ronaldo can hold back time, return United to their former glory and win the Premier League title, then that would surely make him the greatest player ever to represent the club.