Martin O’Neill urged his Republic of Ireland players to learn the lessons from a difficult night in Paris as World Cup-bound France showed them exactly how far they have to go.

Only four of the men who started against Didier Deschamps’ men at the Euro 2016 finals did so at the Stade de France, and a side shorn of many of its bigger names was taught a lesson by a team O’Neill believes can go all the way in Russia.

However, the Republic boss was happy to see some of his fledgling internationals, including Shamrock Rovers striker Graham Burke, who won his first cap as a second-half substitute, get a taste of what is required in a 2-0 defeat. 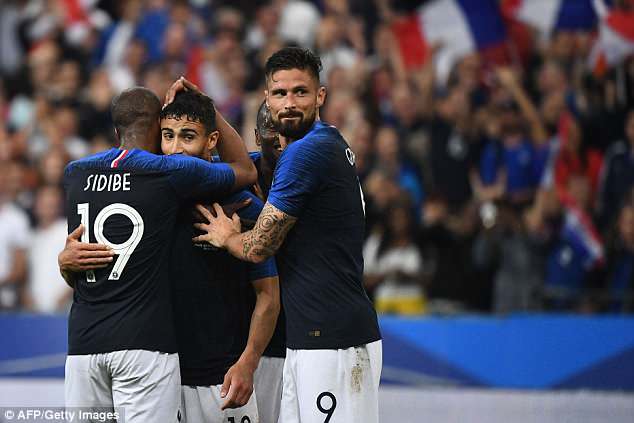 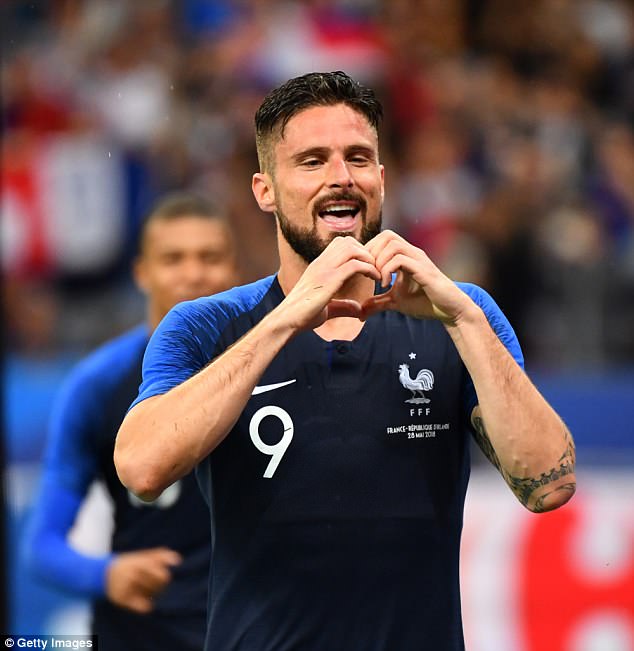 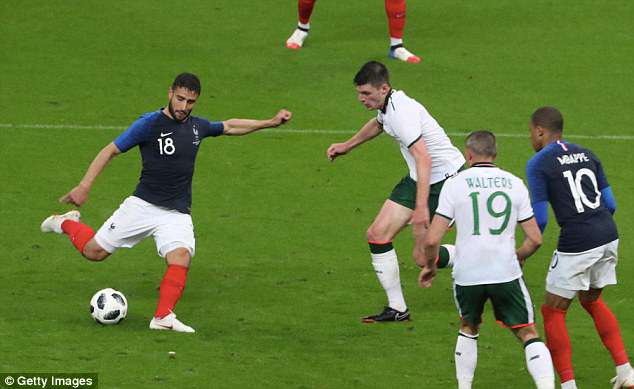 O’Neill said: ‘I am really pleased that we have taken this fixture on because if you’re trying to aspire to something, that sort of quality that the French possess is something you would want.

‘While we are a great distance off that, I think the players can learn. We can look at the performance again at our leisure in the next 24, 48 hours, pick out the points we think we can definitely improve on.

‘The one thing that we can is obviously, although we defended very strongly – we conceded maybe two bad goals at the time, but we defended pretty strongly – is our use of the ball when we have it.

‘But it’s a great lesson for us tonight in what we’re trying to achieve. France are very strong, individually they have got a lot of talent in their team. I think they are one of the favourites for the World Cup.’ 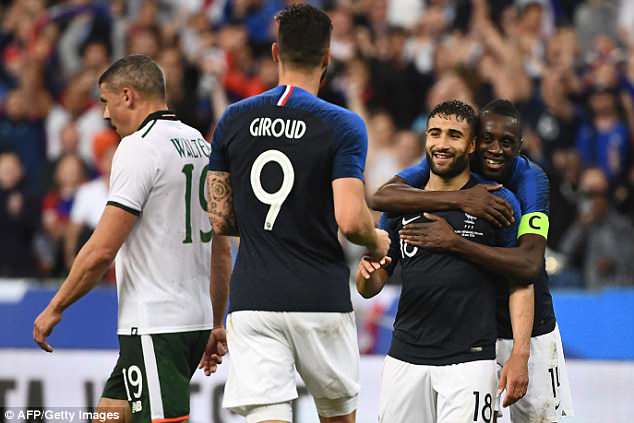 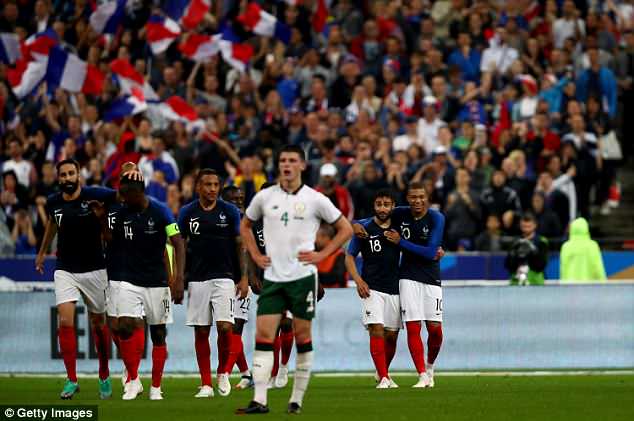 Goals from Olivier Giroud and Nabil Fekir inside four minutes at the end of the first half, the latter courtesy of a glaring error by keeper Colin Doyle, were scant reward for France’s dominance on a pitch soaked by torrential rain throughout.

Manager Deschamps was delighted with what he saw, with the Group C opener against Australia in Kazan lass than three weeks away.

Asked if he had seen all he wanted to, he replied: ‘Well, all is maybe a lot to say, but we had good control in the game. We made them run a lot, we scored at the end of the first half and we had a fair amount of movement within the team, so that’s all good.’