She got a double Oscars nod in 2018, for best supporting actress and for best original song.

But Mary J. Blige was her own best stylist on Tuesday night too, when she put in a suitably sassy appearance at The Hollywood Reporter and Jimmy Choo Power Stylists Dinner in LA.

The musician and actress turned heads at Stanley House in a leather bustier dress and cobalt, colour-pop coat.

Combining snakeskin and leather, the 47-year-old pulled together a fierce look, capped off with simple black accessories.

Her electric pixie crop was perfectly styled with volume on top and a heavy fringe to frame her face.

She rested a hand on one hip to accentuate her slim curves, displaying perfectly manicured gold nails and a collection of huge matching rings. 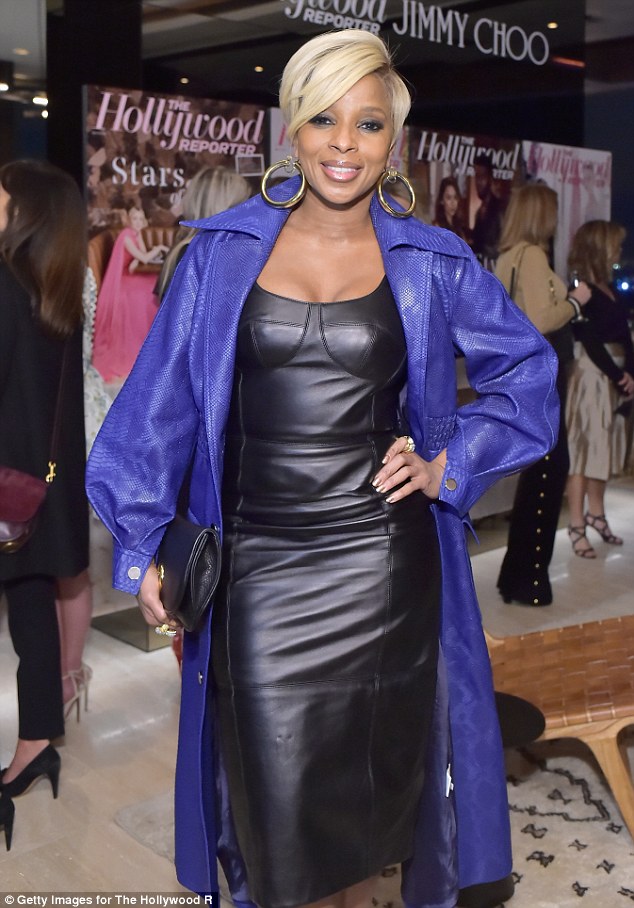 Sassy look: Mary rested a hand on her hip in her fitted leather bustier dress 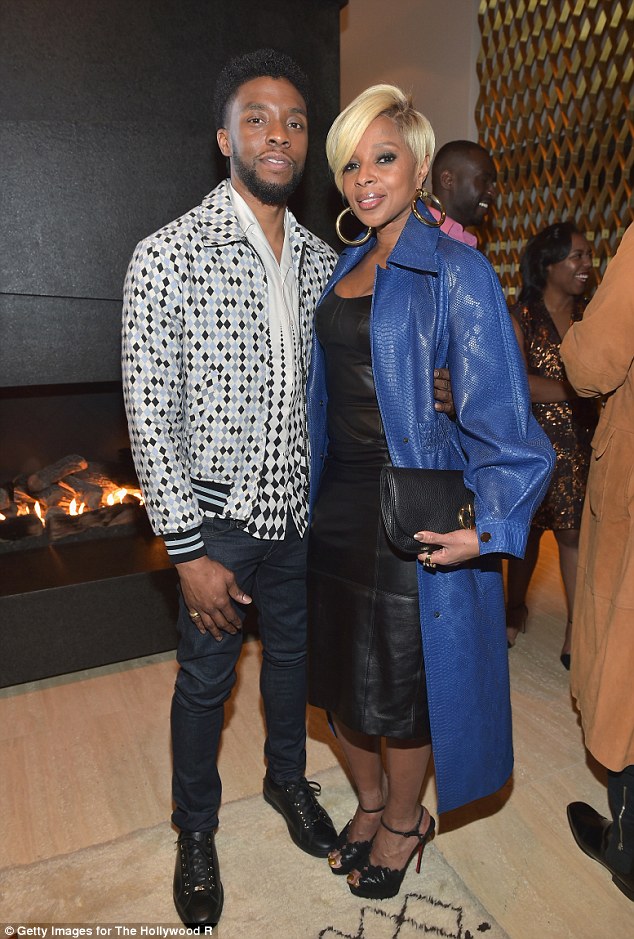 The Hollywood Reporter and Jimmy Choo event was held to celebrate the most powerful stylists in Hollywood with an intimate dinner.

The Hollywood Reporter’s annual issue featuring the list of this year’s most powerful stylists was revealed at the dinner, and will be available later this month. 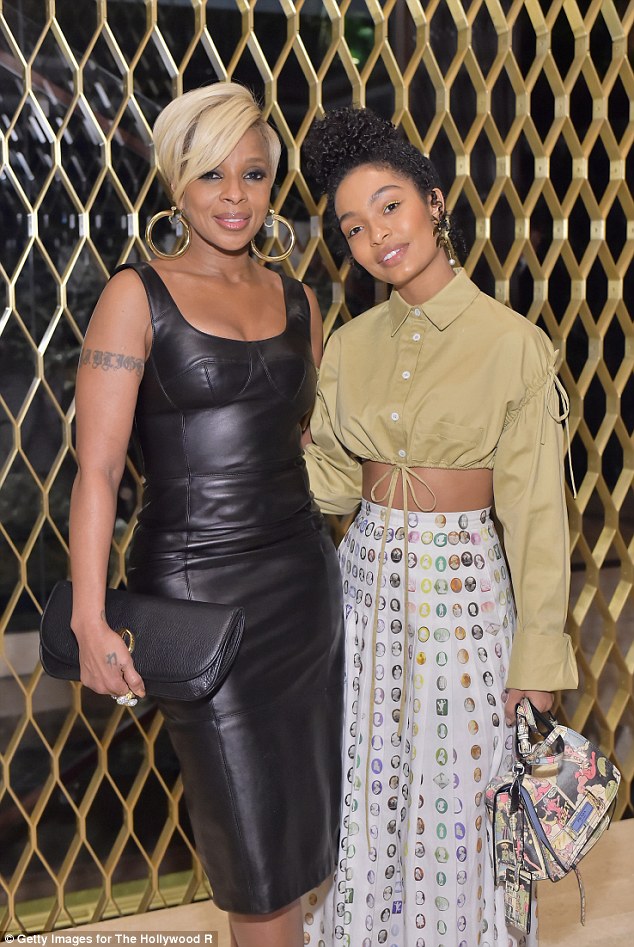 Mary was among the networkers, posing for pictures with Kevin Hart and Black Panther actor Chadwick Bosman, as well as Black-ish star Yara Shahidi.

Mary made Hollywood history last month, with her dual nomination for the film Mudbound.

In an interview with THR last month, Mary admitted that she experienced pain through the eyes of her character Florence, who in one scene finds her son after an attack by the KKK. 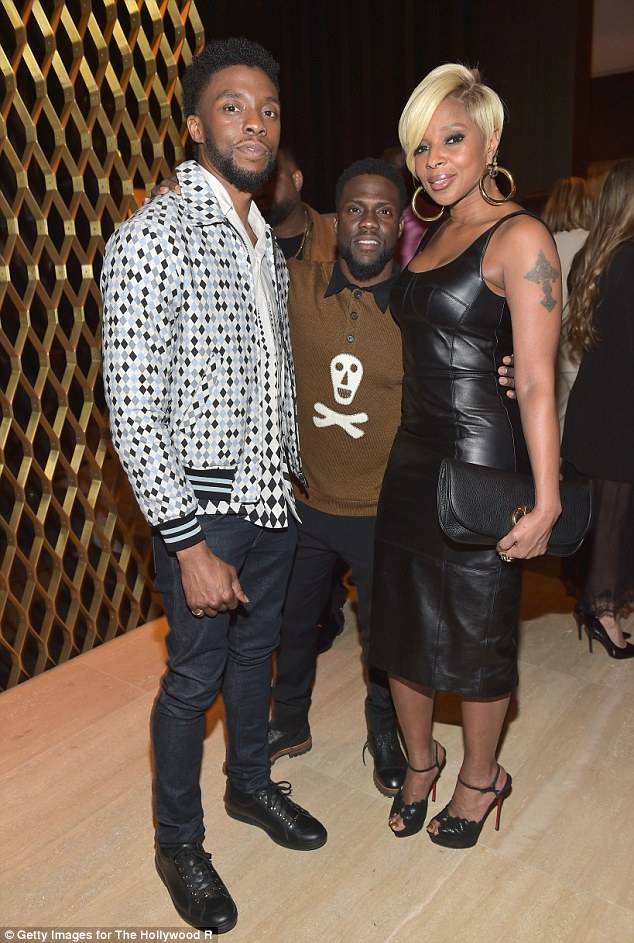 Explaining why the distressing scene is actually her favourite: ‘The reason why is because [of] the reaction of what a mother would feel like if she found her son almost dead.

‘It’s a horrifying scene, but it was a beautiful thing because I got a chance to feel that. 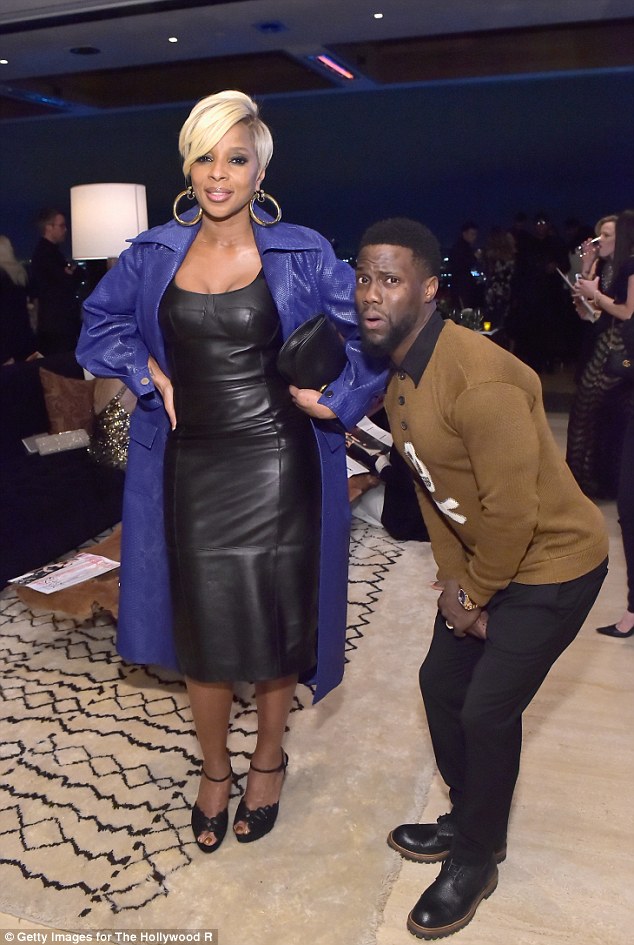 She looks good! Kevin appeared to marvel at how good Mary looked