Mary J. Blige steps out for the premiere of Mudbound

She stars as Florence Jackson in the World War II drama, Mudbound.

And on Monday, Mary J. Blige attended the film’s premiere at the Toronto International Film Festival.

Joining the actress-singer was co-stars Carey Mulligan and Garrett Hedlund, along with the film’s writer, Dee Rees.

Her big night: On Monday, Mary J. Blige, 46, attended the premiere of Mudbound at the Toronto International Film Festival

The 46-year-old tucked in a v-neck, black top into a set high-rise skinny jeans.

The New York native wore her curly, blonde locks down. For make-up, Mary heavily lined her eye and balanced it with a soft lip. 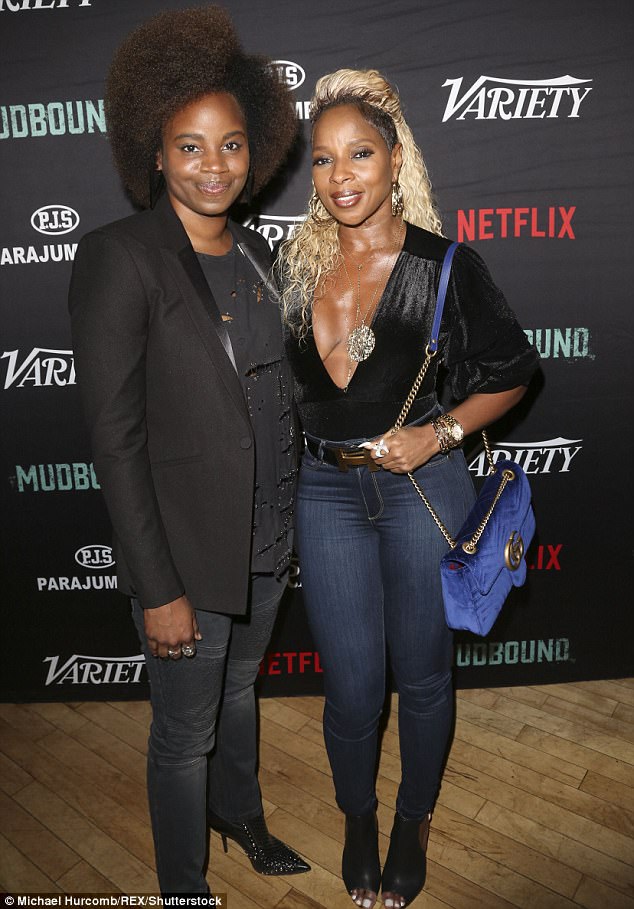 Hard work pays off: Also coming out for the evening was the film’s writer, Dee Rees

The Great Gatsby star accessorized with a wide, Chanel belt, rings and a clutch.

The British blonde looked lovely in natural make-up. Her hair was pulled back and styled in waves.

Garrett Hedlund, who stars as Jamie McAllan in the movie, looked handsome in a navy suit and black tie. 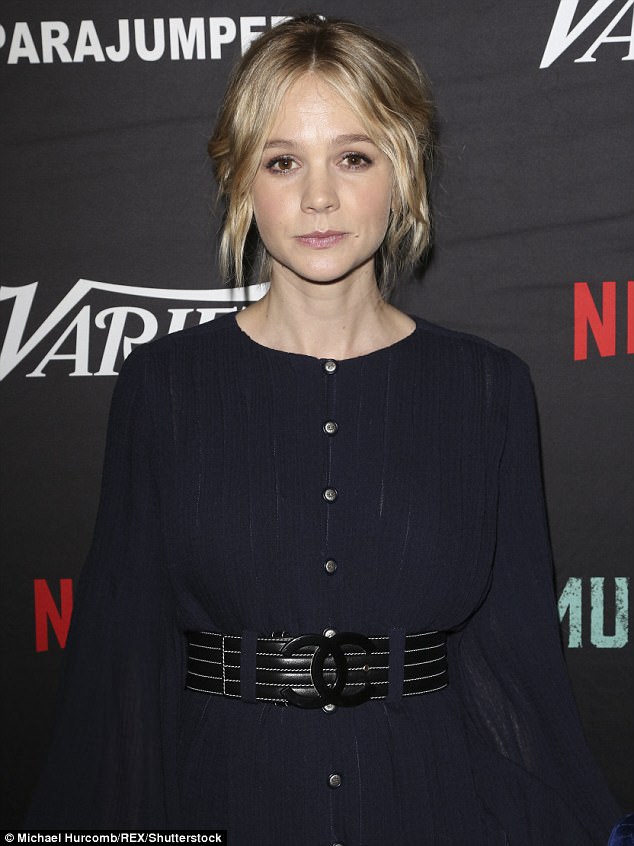 Effortless and stunning: Carey looked lovely in natural make-up. Her hair was pulled back and styled in waves

Mudbound is a film set to premiere on Netflix and in select theaters on November 17.

According to the Huffington Post, the drama is ‘the story of white farmers and the black sharecroppers who work for them; two families struggling to make homes for themselves on a plantation in the Jim Crow South.’

Netflix reportedly paid $12.5 million for the film, which reportedly received a lot of buzz at the Sundance Film Festival. 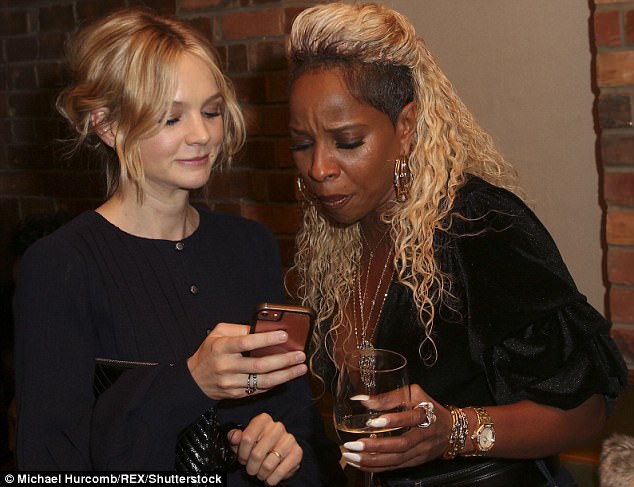 Caught her attention: Mary appeared to be interested in something on Carey’s phone