The TV actress turned fashion designer tried to file for divorce from the French banker in April but the court said they were not going to proceed due to the coronavirus pandemic, according to a Wednesday report from TMZ.

Now the Full House actress has asked for an emergency order so that things can move along as the two are already living apart.

Done: Mary-Kate Olsen is reportedly divorcing her husband of five years, Olivier Sarkozy, 50. The TV actress turned fashion designer filed for divorce from the French executive in April. Seen in 2015

The avid equestrian had ‘signed a petition for divorce back on April 17,’ according to the site.

But she was told that the New York courts ‘were not accepting divorce filings’ due to the COVID-19 pandemic. There are over 21K deaths from the coronavirus in New York state.

Only emergency filings were being looked into, she was told.

So Mary-Kate, who started dating Olivier in the spring of 2012, then asked for an emergency order to allow her to file the divorce papers and have them looked into.

The multi millionaire has also asked that their prenuptial agreement be enforced, according to the site. In 2007, Forbes ranked Mary-Kate and her twin sister Ashley jointly as the 11th-richest women in entertainment, with an estimated combined net worth of $100 million. 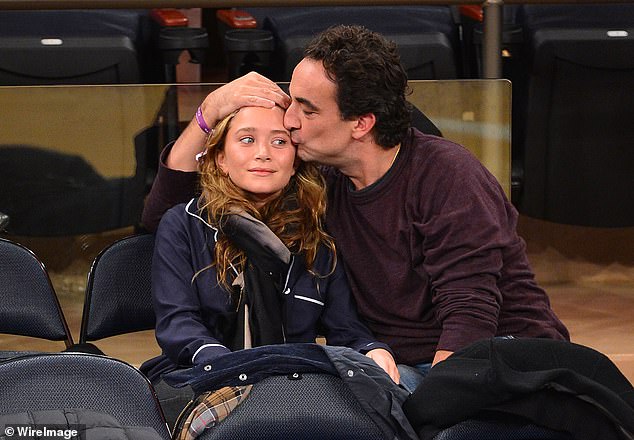 Delay: The court said they were not going to proceed due to the coronavirus pandemic. Now the Full House actress has asked for an emergency order so that things can move along faster. Seen in 2012

Mary-Kate has been married to Olivier – whose half-brother is Nicolas Sarkozy, former President of France – since 2015.

The situation is complicated between Mary-Kate and Olivier. According to the site, Olivier has forced his wife to move out of the New York City apartment they shared by terminating their lease without alerting her.

His lawyers told her to get out May 18 but that is not enough time to get her property together so she asked them for an extension until May 30. She has reportedly not heard back.

The site added that Mary-Kate felt stuck so she filed a divorce petition so that her ‘property would be protected.’

A divorce petition automatically prevents her from throwing her property out, the site explained. 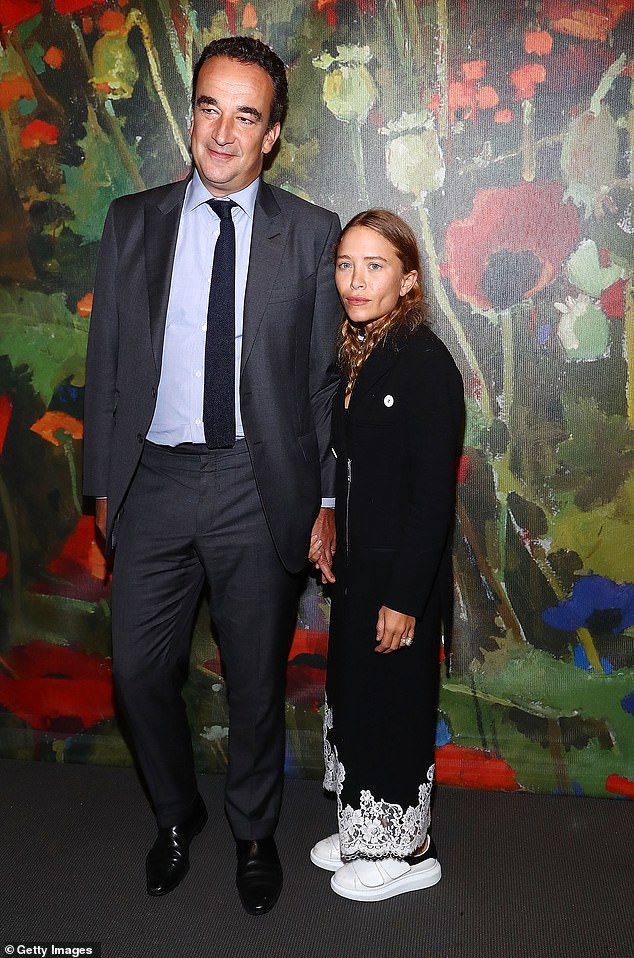 A stall: She had ‘signed a petition for divorce back on April 17, according to the site. But she was told that NY courts ‘were not accepting divorce filings’ due to the COVID-19 pandemic. Only emergency filings were being looked into. Seen in 2017

Mary-Kate and Olivier did not have any children together.

Olivier already has two teenage children – Julien and Margot – whom he had with ex-wife Charlotte Bernard.

The last time they were seen together was in November when they were with her twin sister Ashley and her artist beau Louis Eisner, 30.

The sisters donned their signature all-black looks including long coats as they each enjoyed a smoke break with their men.

As for her personal life, Ashley has been dating artist Louis Eisner, 30, for two years and is recently rumored to have got engaged. 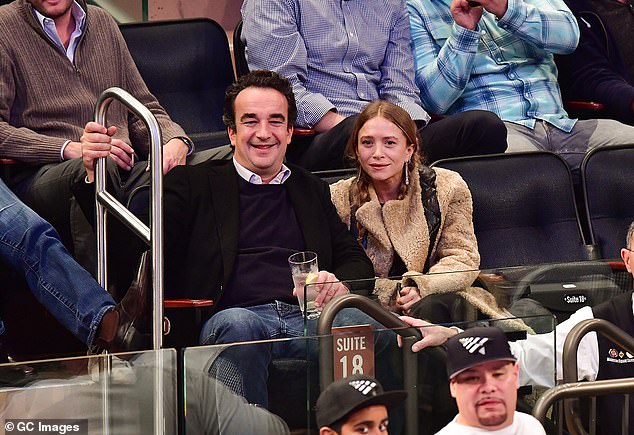 Don’t take my money! The multi millionaire has also asked that their prenuptial agreement be enforced, according to the site. Seen in 2016 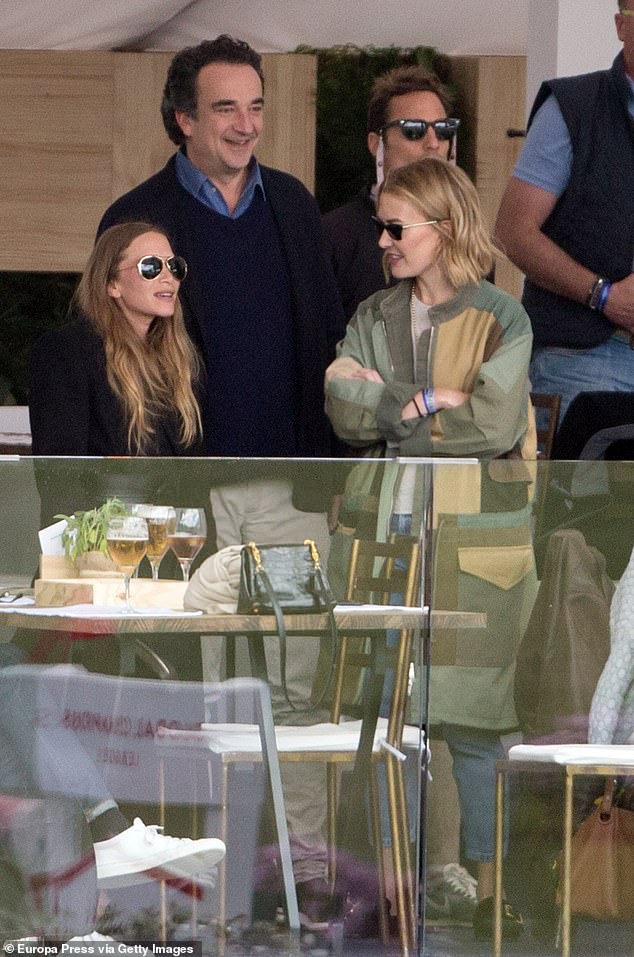 She loves horse shows: In May 2019 she was seen in Madrid with Olivier and Marta Ortega (R) during Madrid-Longines Champions, the International Global Champions Tour at Club de Campo Villa de Madrid

At a year old, the two were cast to share the role of Michelle Tanner in the sitcom Full House that premiered in 1987.

After the show ended in 1995, they continued to star in TV movies and direct-to-video releases.

They became household names with a string of products marketed with their names and likenesses including dolls, perfume, clothes and books.

In 2012, they announced their retirement from acting to focus on fashion and now run the successful brands The Row and Elizabeth And James. 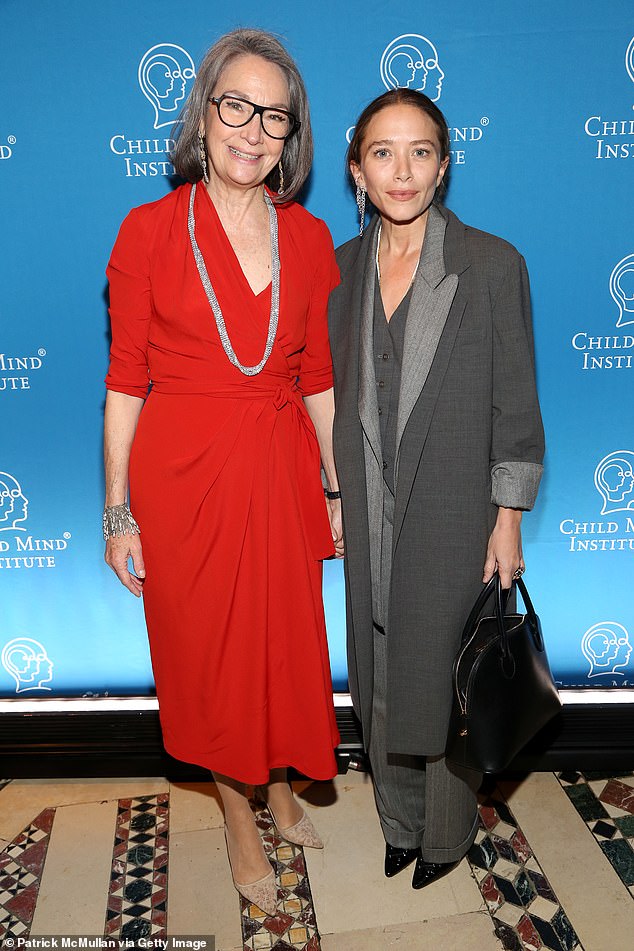 Solo: She was not with her man in late November in NYC; seen with Brooke Garber Neidich

Ashley and Mary-Kate maintain a discreet veil over their lives and rarely make public red carpet appearances, instead preferring to express themselves through their designs and products.

‘This is the way we chose to move forward in our lives: to not be in the spotlight, to really have something that speaks for itself,’ Mary-Kate told Vogue Australia last month.

‘There is a lot of pressure we put on ourselves,’ she added. ‘If you want things to be perfect or beautiful, it’s a lot of hard work… Nothing comes easy. That’s just the way we were raised; that’s what we believe is necessary to do something different.’ 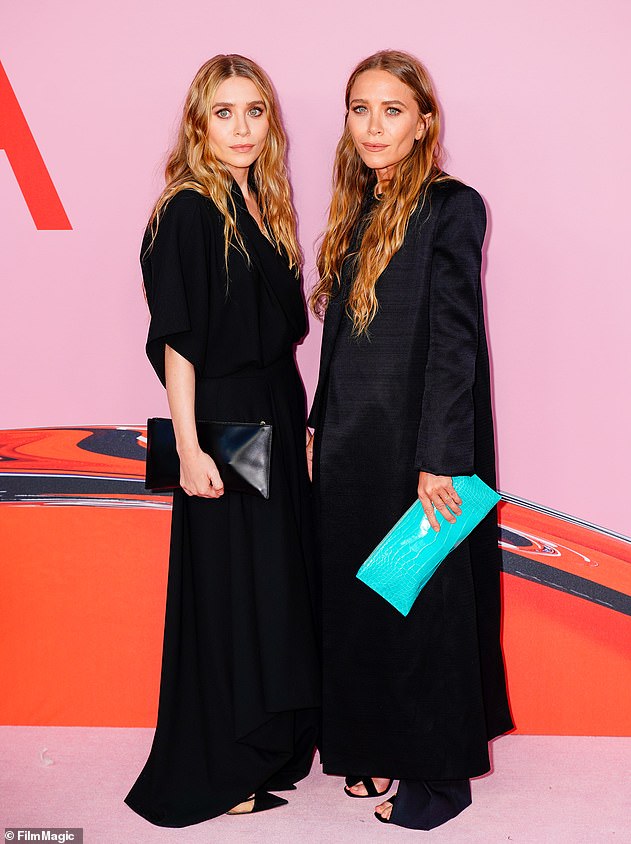