Mary Oliver, the Pulitzer Prize-winning poet whose accessible verses celebrating nature and animal life won her both critical acclaim and readers’ affection, has died of cancer complications. She was 83.

Bill Reichblum, Oliver’s literary executor, says she passed away on Thursday at her home in Hobe Sound, Florida, after a battle with lymphoma.

Author of more than 15 poetry and essay collections, Oliver wrote brief, direct pieces that sang of her worship of the outdoors and disdain for greed, despoilment and other human crimes.

Rest in peace: Pulitzer Prize-winning poet Mary Oliver on Thursday died of cancer complications. She was 83. (pictured in 2010) 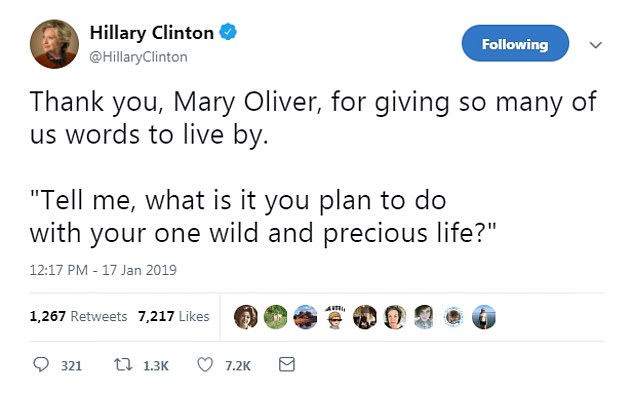 Hillary Clinton, who’s been a fan of Oliver’s, took to Twitter Thursday to pay tribute to her life and legacy 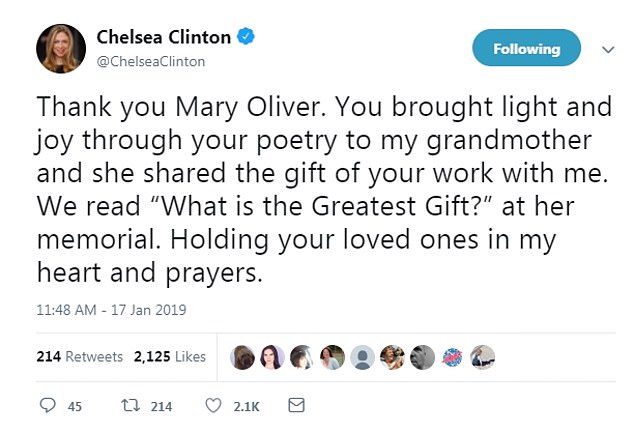 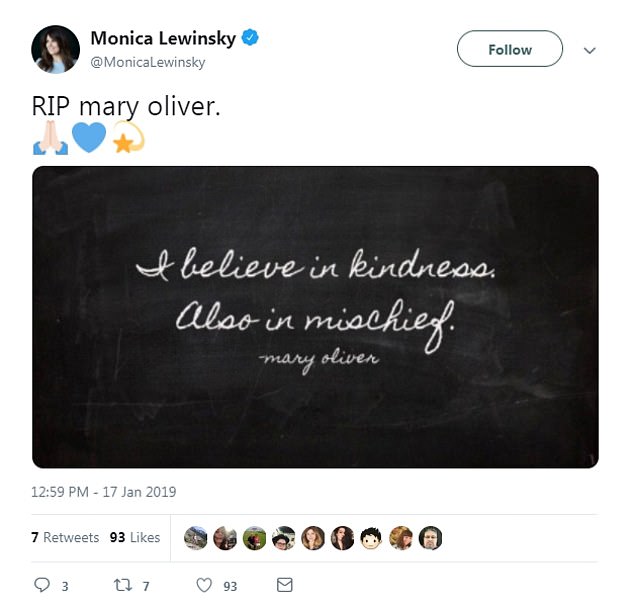 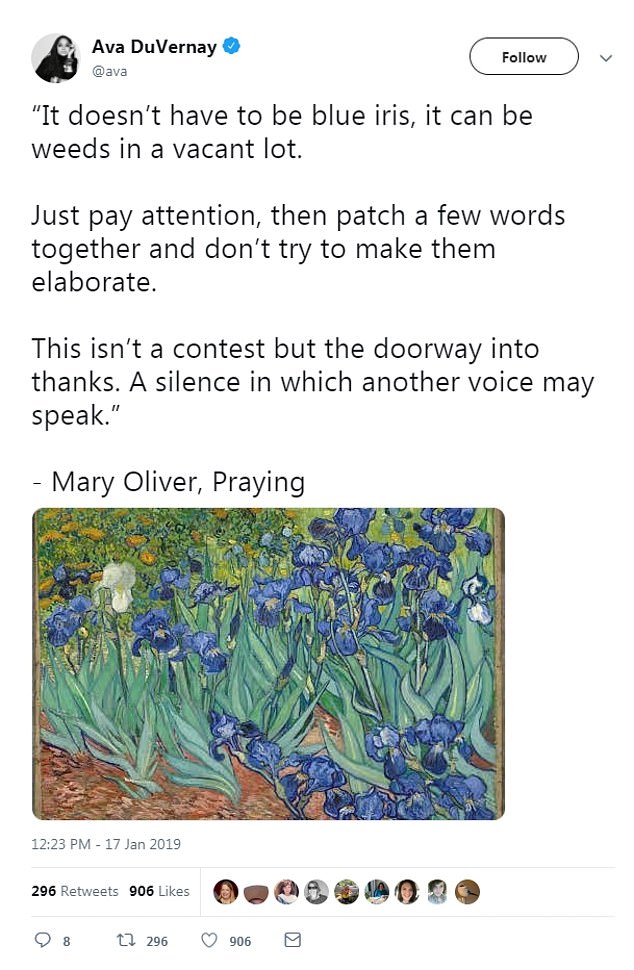 One of her favorite adjectives was ‘perfect,’ and rarely did she apply it to people. Her muses were owls and butterflies, frogs and geese, the changes of the seasons, the sun and the stars.

In a 2012 interview with NPR, Oliver said it was important for her to keep her work simple and clear so that it would be understood by her readers.

‘It mustn’t be fancy. I have the feeling that a lot of poets writing now, they sort of tap dance through it. I always feel that whatever isn’t necessary should not be in the poem.’ 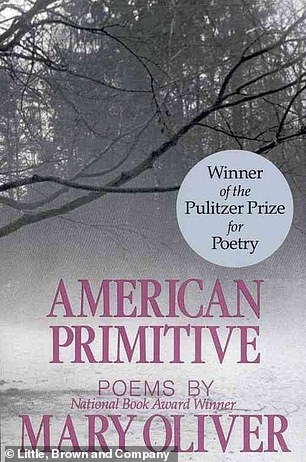 She won the Pulitzer in 1984 for ‘American Primitive’ (pictured)

Her poetry books included ‘White Pine,’ ‘West Wind’ and the anthology ‘Devotions,’ which came out in 2017. She won the Pulitzer in 1984 for ‘American Primitive’ and the National Book Award in 1992 for ‘New and Selected Poems.’

In 1998, she received the Lannan Literary Award for lifetime achievement. Her fans ranged from fellow poets Stanley Kunitz and Rita Dove to Hillary Clinton and Laura Bush.

On Thursday afternoon, Mrs Clinton led the tributes to Oliver on Twitter, writing of the late poet: ‘Thank you, Mary Oliver, for giving so many of us words to live by.’

Her daughter Chelsea also honored Oliver: ‘Thank you Mary Oliver. You brought light and joy through your poetry to my grandmother and she shared the gift of your work with me. We read “What is the Greatest Gift?” at her memorial. Holding your loved ones in my heart and prayers.’

Winfrey wrote movingly on the late poet: ‘I’ve been soothed, comforted, informed, enhanced by your words. Your life has been a Blessing to the world.’ 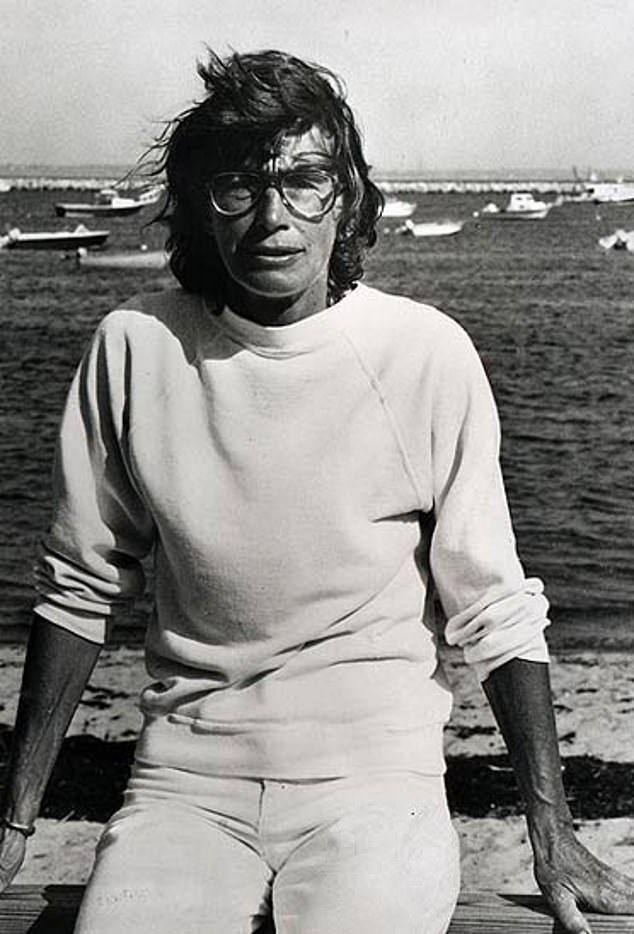 Oliver, a native of Ohio, won the Pulitzer Prize in 1984 for her book of poetry ‘American Primitive’

‘Although few poets have fewer human beings in their poems than Mary Oliver, it is ironic that few poets also go so far to help us forward,’ Stephen Dobyns wrote of her in The New York Times.

Oliver was a native of Maple Hills Heights in suburban Cleveland, where she grew up in what she called a ‘dysfunctional’ family. As a child, she was said to have suffered sexual abuse and neglect, and coped with the trauma in part by writing poems and building huts of sticks and grass in the nearby woods.

Never in my life

had I felt myself so near

where my own body was done with

and the roots and the stems and the flowers

While in Austerlitz, she also met the photographer Molly Malone Cook – ‘I took one look and fell, hook and tumble,’ Oliver later wrote – and the two were partners until Cook’s death, in 2005. Much of Oliver’s work was dedicated to Cook.

Oliver studied at Ohio State University and Vassar College, but never graduated and later scorned much of her education as ‘a pre-established collection of certainties.’

She did teach at Case Western University and Bennington College among other schools, although much of her work drew upon her childhood and the landscape around Provincetown. 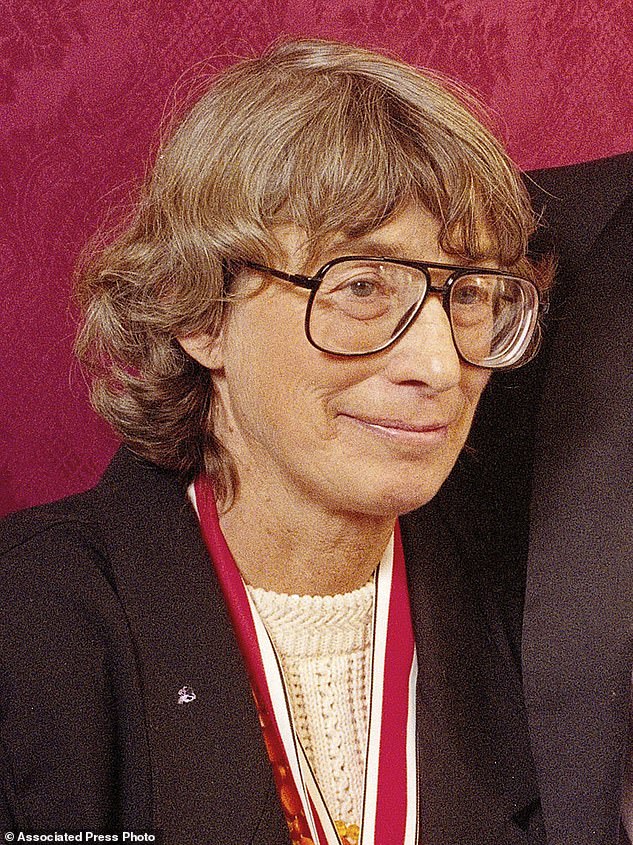 In 1992, Oliver won the National Book Award for her book ‘New and Selected Poems’ (pictured at the ceremony)

When it’s over, I don’t want to wonder

if I have made of my life something particular, and real.

I don’t want to find myself sighing and frightened,

or full of argument.

I don’t want to end up having simply visited the world.

‘I am not very hopeful about the Earth remaining as it was when I was a child. It’s already greatly changed. But I think when we lose the connection with the natural world, we tend to forget that we’re animals, that we need the Earth,’ Oliver, who rarely spoke to the press, told Maria Shriver during a 2011 interview for Oprah Winfrey’s ‘O” magazine.

‘If I have any lasting worth, it will be because I have tried to make people remember what the Earth is meant to look like.’

She wrote often of mortality, but with a spirit of gratitude and completion. In “When Death Comes,’ she hoped that at the end of life she could look back and see herself as a ‘bride married to amazement.’