Maryland couple plan to visit every US state in their van

As far as settling into married life goes, renovating a van then packing your worldly goods into it and hitting the road is certainly unconventional.

But this is exactly what Mike and Jessica Shisler, from Baltimore, Maryland, did in the year following their wedding.

The couple have been on the road since April of this year and plan to have visited every U.S state by next summer.

Currently in Florida, the couple has driven 18,000 miles through 38 states so far

The idea was born when the Shislers were backpacking in Grand Teton National Park when they noticed a converted Sprinter van for sale on the side of the road.

Despite being out of their price range a seed had been planted in their minds and two months later, in October 2016, they bought their own 2013 Mercedes Sprinter to convert themselves, at a cost of $15,000 over five months.

The adventurous couple are currently in south Florida, having driven 18,000 miles through 38 US states and part of Canada. 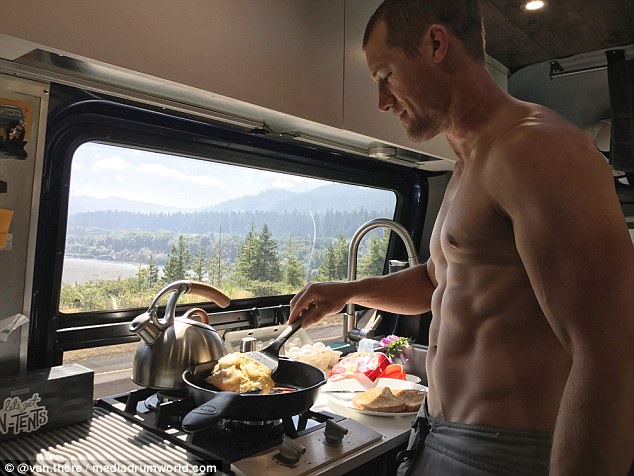 Mike is an architect-turned-artist who keeps a sketchbook and draws every day the places they go. Through his Instagram account and Etsy he sells his artwork to a growing number of people 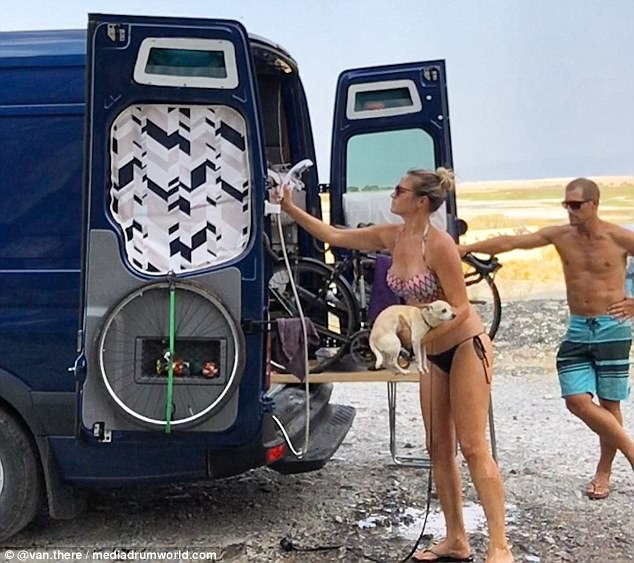 ‘We love that everywhere we go we are at home’.  Jessica and Mike Shisler plan to have visited every U.S state by next summer

They aim to have visited all the states by next summer after a trip to Alaska and are documenting their trip on their own dedicated website.

‘We love that everywhere we go we are at home,’ said Jessica.

‘Every day is a new adventure and a new experience. We also enjoy the financial freedom that comes from not paying a mortgage and the emotional and physical freedom from not working the standard 40-plus-hour work week. 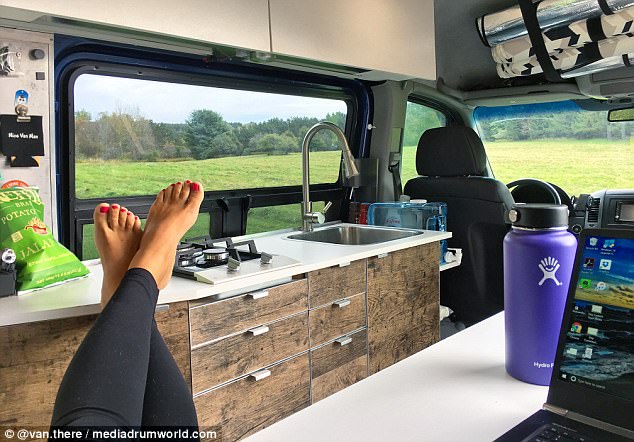 While the couple is delighted by their nomadic lifestyle, they do keep mental notes of the places they could see themselves living in the future 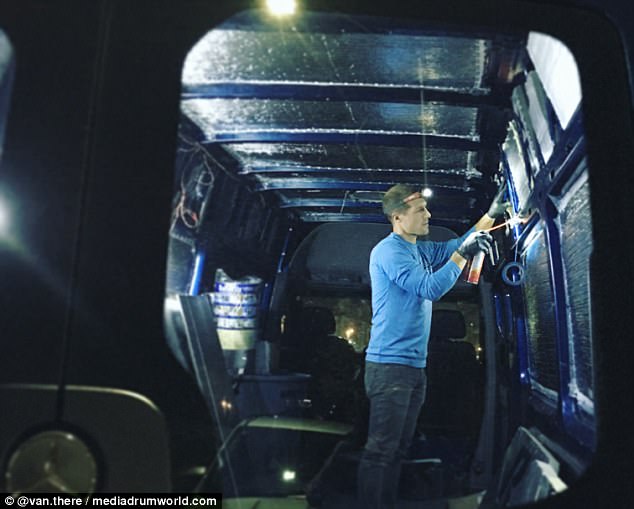 ‘A big part of van life for us is about being present in the moment and trying not to plan out every next step.

‘We are really enjoying this lifestyle but do keep mental notes of the places we could see ourselves living in the future.’

The couple are able to fund their nomadic lifestyle by keeping jobs on their travels. 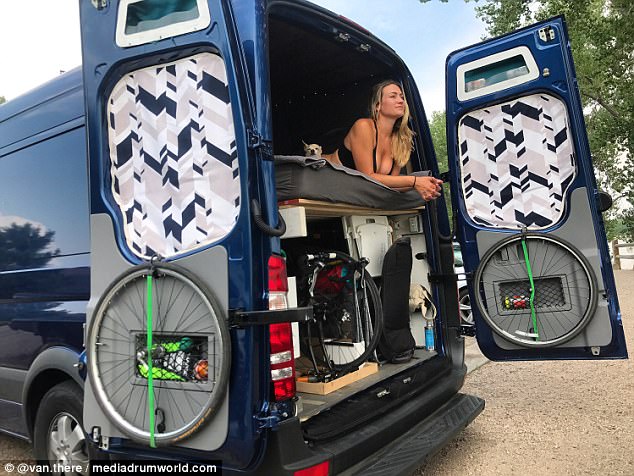 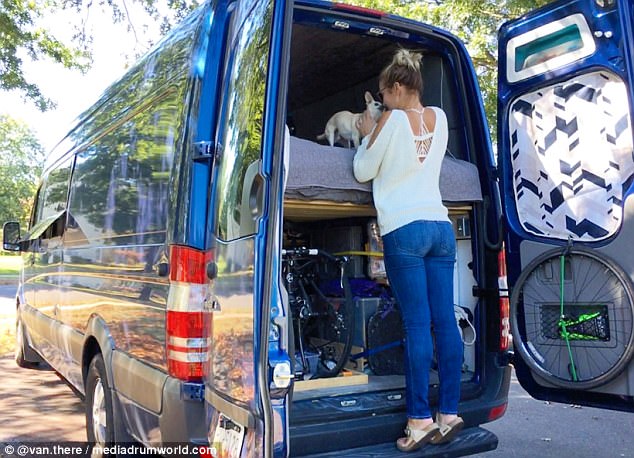 Home from home: The Shisler’s van has a double bed, kitchen, storage space – and there’s even room for their pet dog

Mike is an architect-turned-artist who keeps a sketchbook and draws every day the places they go.

Jess is a scientist who got frustrated with the lack of communication and outreach in medical research and now helps translate technical information for public consumption. 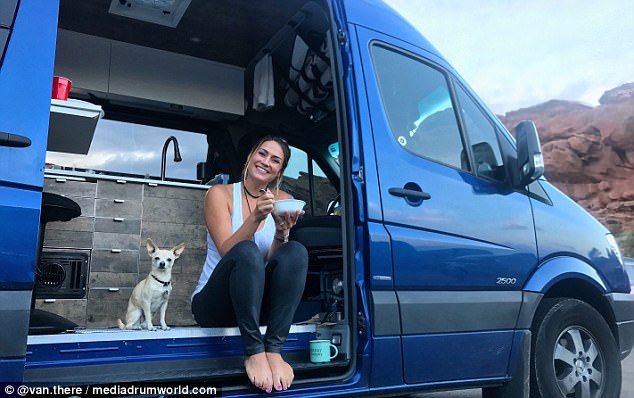 The couple’s Mercedes Sprinter was converted at a cost of $15,000 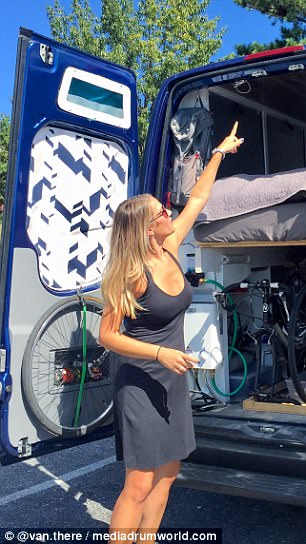 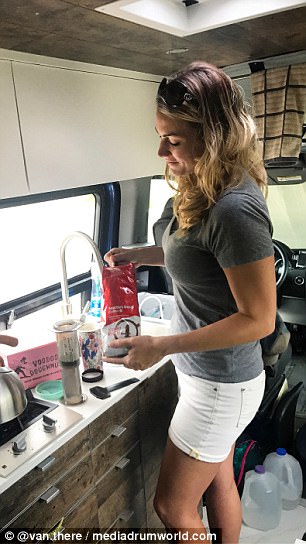 Despite their love of the lifestyle and somewhat steady income it hasn’t all being plain sailing for the pair.

‘Living in a city like Baltimore made it difficult to build out the van,’ added Jessica.

‘Our urban neighbourhood had little parking and certainly no place for a large cargo van. The solution was to park the van at a nearby storage unit. Mike would bike to the lot every night after work to build the van. 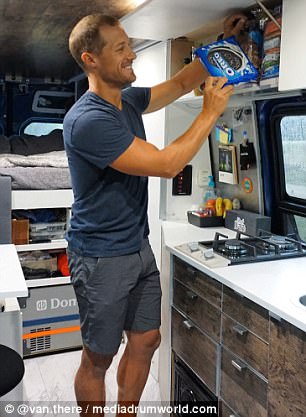 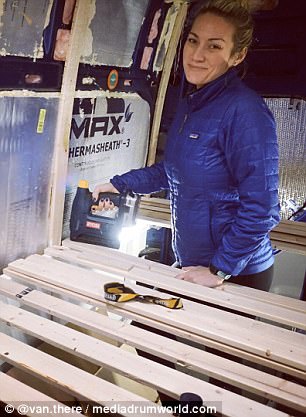 ‘Living in a city like Baltimore made it difficult to build out the van,’ admitted Jessica

‘All of our build materials were kept in a rented storage unit, all of our tools had to be battery powered. He often worked in the dark and cold of a Northeast winter, preparing for our departure date in the late spring.

‘The biggest problem we’ve had on the road was when we were rear ended in a hit and run accident on the side of the road while we were sleeping in San Francisco.

‘After the other driver fled the scene, we were left with a crumpled rear door and bumper that needed four weeks in the shop to be fixed. 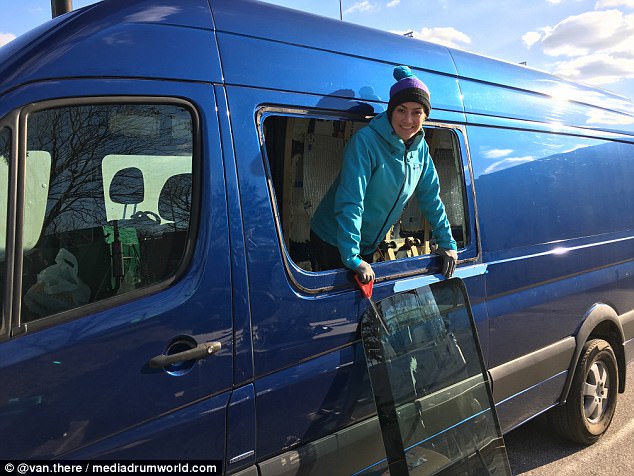 The biggest problem the couple have had on the road is when a hit-and-run driver crashed into the van while the couple was sleeping in San Francisco, causing damage that took four weeks to fix

‘During this time apart from our home, we were fortunate to be welcomed into the homes of friends all along the California coast who offered sofas and air mattresses for us to stay on.’

The couple had a message for anyone who wants to take on the same adventure after nearly not taking the leap themselves.

‘When we first started throwing around the idea of quitting our jobs and moving into a van, we were terrified of how everything would turn out and how people would react to our decision to live an unconventional life,’ explained Jessica. 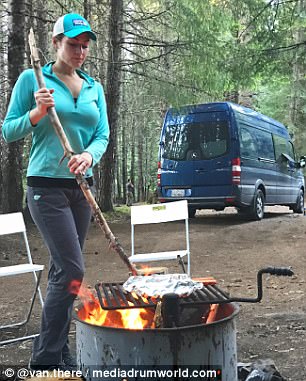 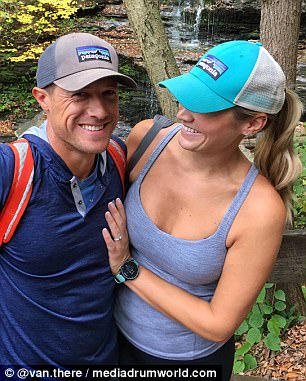 ‘Our message for readers is to work every day towards your dream, knowing that it will be scary, but if it’s in your heart, you can make it happen,’ – Jessica Shisler

‘During this time, two friends of ours who had already made that transition told us, “If it’s a dream you both share, make it happen!”

‘It was the little extra spark of confidence that propelled us to commit to making the jump.

‘So our message for readers is to work every day towards your dream, knowing that it will be scary, but if it’s in your heart, you can make it happen.’ 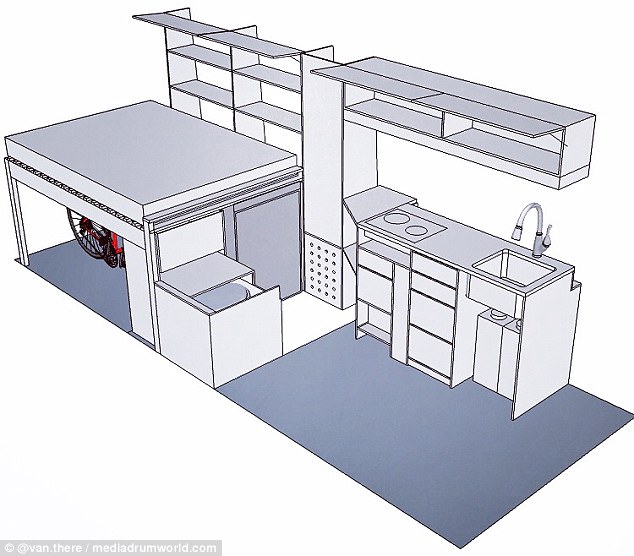 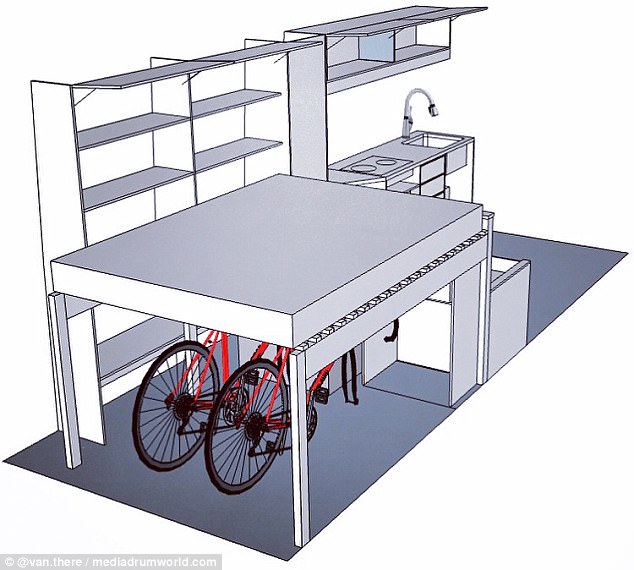