A six-year-old boy came close to drowning in a lake after he ended up getting tangled in a rope swing that left him hanging upside down.

The youngster was enjoying himself at Patapsco Valley State Park in Maryland, west of Baltimore, when he somehow flipped 180 degrees leaving him dangling with his head in the water.

Just a few more inches and the boy would have been submerged and unable to breathe. 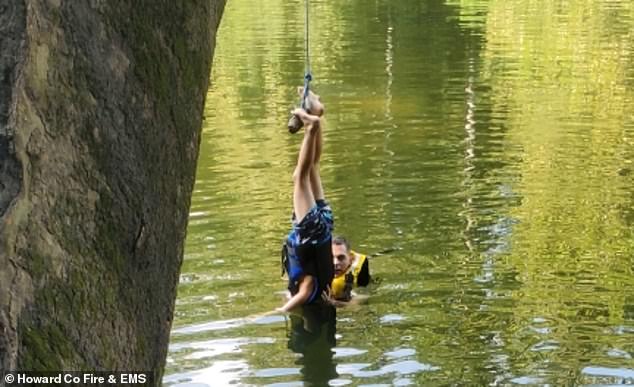 He ended up getting into difficulties after becoming tangled upside down. The youngster’s head ended up partially in the water but not completely submerged

Crews from the Howard County Department of Fire and Rescue Service were called to rescue the boy at around 3:45pm.

By the time fire crews arrived to assist, another member of the public was on site and helping to keep the boy’s head above the water.

Fire officials were able to save the boy quickly after arriving on scene.

He was not injured and there was no need for him to be taken to a hospital.

‘He has a story to tell his friends,’ the rescue service wrote on Twitter alongside a picture of the rescue. 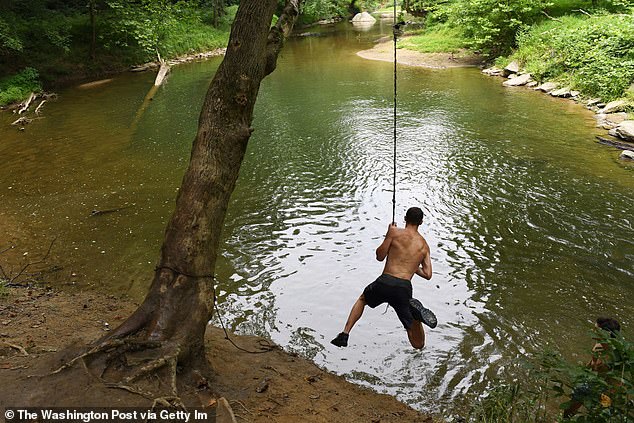 The rope swing is a popular attraction at a watering hole at Patapsco Valley State Park in Marriottsville, Maryland 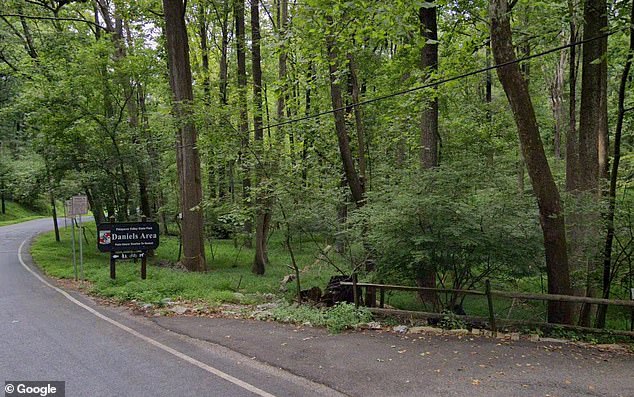