Maryland mom ‘kicked son out minivan and abandoned others’

Matriarch charged: Sheri Marshall, 36, a mother-of-13 from Maryland, has been charged with nine counts of child neglect and nine counts of leaving children unattended

A mother-of-13 from Maryland has been charged with forcing her 12-year-old son out of her minivan and later abandoning nine other children last December.

It took police in Takoma Park 10 months to conduct an investigation that ultimately led to last week’s arrest of Sheri Marshall, 36, on nine counts of child neglect and nine counts of leaving children unattended.

The 10 children who were involved in the incident on Interstate 495 were not injured and were later placed in the care of family members.

According to Fox5 DC, on December 16, 2016, Marshall was taking 10 of her 13 children to their grandmother’s house when she got into an argument with her 12-year-old son and forced him out of her vehicle in the middle of the road 495 in Greenbelt.

She continued on her way but ran out of gas in Takoma Park. Instead of trying to get help, the mother and her nine remaining children, ranging in age from one to 11 years old, hunkered down in the crowded 1997 Dodge Caravan for two nights while temperatures dipped into the 20s, according to the station WJLA.

After two days of living in the vehicle, the children woke up to discover their mother was gone, having taken off in the night. 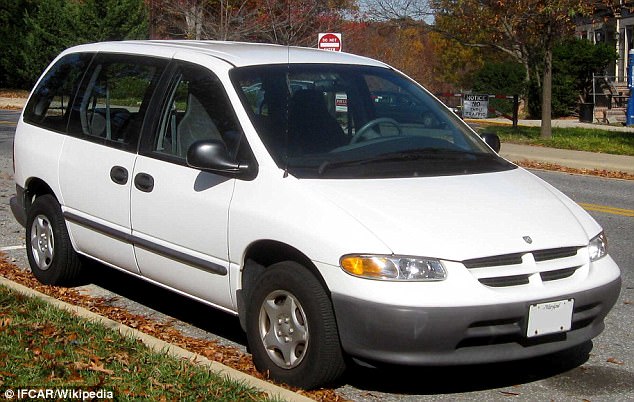 She was taking 10 of her children to their grandmother’s in a 1997 Dodge Caravan on December 16, 2016, when she got into a dispute with her 12-year-old son and kicked him out (stock photo)

The starving siblings, who were one, two, three, five, six, seven, eight, 10 and 11 years old at the time, emerged from the Dodge and made their way on foot to a gas station to buy some food with the money they had found in their mother’s vehicle, police said.

With Marshall still nowhere to be found, the hungry and soiled kids walked to La Chiquita Restaurant, where staff offered them food free of charge and summoned police.

The children’s older brother, who had been kicked out of the minivan earlier, had called a family member to pick him up, police said.

Marshall was eventually found covered in urine, walking in traffic in an apparent drug-induced stupor, according to investigators.

Tests later confirmed that the woman had high levels of illegal narcotics in her bloodstream. 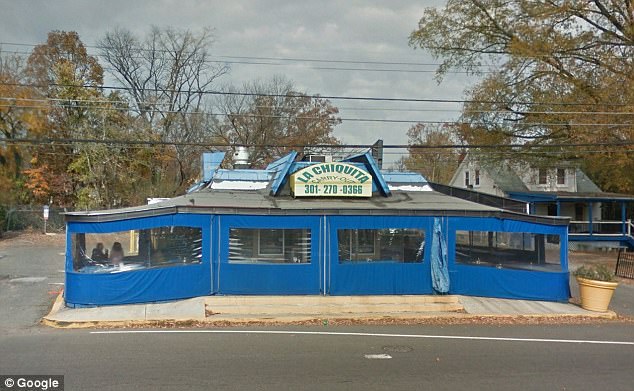 Safe heaven: After Marshall allegedly ditched her children, ranging in age from one to 11, in her minivan, they were able to make their way to La Chiquita restaurant to get food and assistance

When interviewed by cops, the woman’s children noted that their mom had been ‘acting strangely’ lately, including taking them on walks before dawn every night.

Police have attributed the delay in bringing charges against Marshall to the complexity of the investigation, which entailed interviewing each of the 10 young victims in this case and waiting for the results of the suspect’s mental health evaluation.

The 36-year-old woman is due back in court next month. Meanwhile, she is fighting to regain custody of her children.