Maryland real estate boss stuns staff by announcing a $10MILLION holiday bonus for his 198 employees – with most receiving $50,000 on average

A Baltimore real estate developer handed his 198 staff a $10million holiday bonus, with each employee receiving on average a $50,000 check.

Company founder and chairman Edward St. John said that the amount each employee will receive depends on tenure — but most will take home an average around $50,000, the New York Post reported.

Employees screamed in disbelief when St. John told them of the bonus, with each staffer opening a red envelope with the exact size of their award.

This woman let out a gasp after learning her company,  St. John Properties, will give $10million in holiday bonuses to its employees 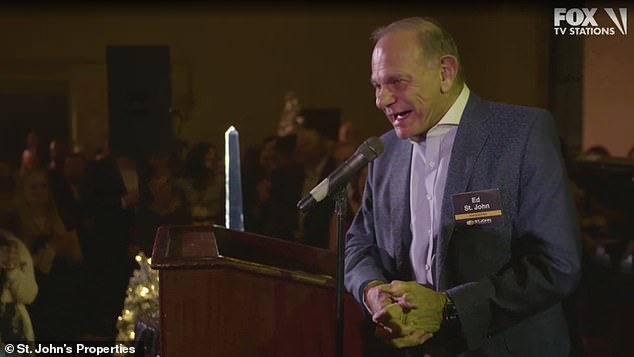 Company founder and chairman Edward St. John has some surprising good news for his 198 workers: an average holiday bonus of $50,000 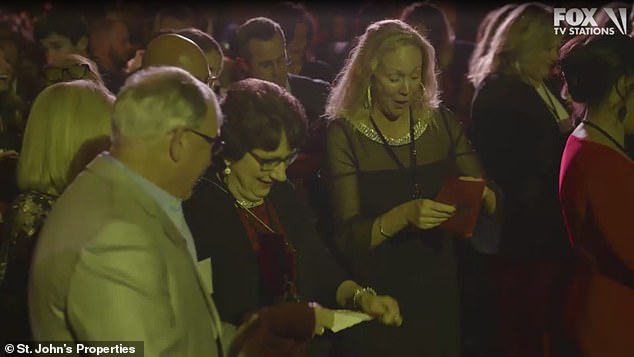 The holiday bonus would be determined by tenure with the real estate company, but each person opened a personalized red envelope to find out how much money they would receive

Gasps could be heard while other staffers embraced, as the group was told of the gesture.

St. John said they were able to award everyone with the extra cash because of hitting a milestone in the portfolio, developing 20 million square feet of office, retail and warehouse space across in eight states.

Danielle Valenzia, an accounts payable specialist in the company for 19 years, said in the video, ‘It’s life-changing.’

The holiday bonus is in addition to the company’s annual year-end bonus.