Researchers have been harvesting selfies of people wearing protective masks from social platforms like Instagram in an effort to improve facial recognition software.

An investigation by CNET uncovered thousands of selfies depicting people wearing masks in public data sets found online. The images had been harvested directly from Instagram.

The sets are being used to help train facial recognition software to identify people who are wearing protective face masks as a safeguard against spreading COVID-19.

Masks covering a significant portion of a person’s face prevent even some of the most advanced facial recognition software like Apple’s Face ID, from accurately detecting a person’s features.

As CNET notes, those obstacles aren’t just inconvenient for people attempting to use software, but also threaten a burgeoning multi-million dollar industry.

In response to the issues, researchers have begun building repositories of thousands of face mask selfies containing between 1,200 to 5,000 images respectively.

Wafaa Arbash, the CEO of a facial recognition startup called Workaround, tells CNET that the pictures in the company’s database were not collected from Instagram with people’s express consent.

Arbash added that if the people used in the database were uncomfortable they can make their pages private.

In a statement, Facboook told CNET that the practice of scraping public pictures is not in line with its user agreement policies.

‘We do not allow third parties to collect or use photos posted by our users in this way, without their consent. We are continuing to investigate this,’ Facebook said in a statement.

While some companies have attempted to use software to impose face masks on preexisting pictures and even encouraged employees to submit their own face mask selfies to databases, the images aren’t as effective or varied as those pulled from Instagram, making them less effective in training software.

Major tech companies have attempted to subvert the sudden influx of users wearing masks in other ways. 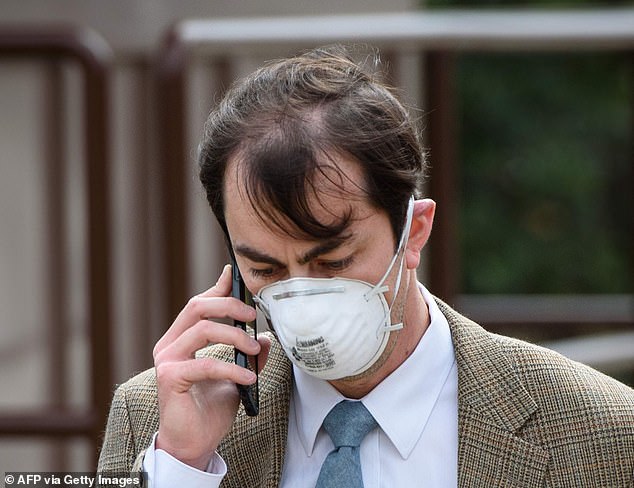 For instance a new feature inside an Apple iOS update makes it easier for users to unlock their iPhones while wearing a mask.

This saves users the trouble of having to try and fail to unlock their device with Face ID and could also help avoid unsafe practices.

Theoretically the new feature will help some avoid potentially unsafe situations in which people might be tempted to remove their masks in order to unlock their device.