A masked ex-Iranian soldier blasted a man in the back with a ‘Terminator 2’-styled rifle during a terrifying home invasion.

Omid Nikkheslat, 34, of Sydney spent two years in an Iranian military prison for carrying out anti-government protests before sneaking into Australia illegally in 2012.

He was allowed to stay despite committing crimes almost from the moment he stepped foot in Australia and moved to Melbourne.

Omid Nikkheslat strikes a pose. Police found selfies of him on his phone wearing the mask and gun he used in the Dandenong attack 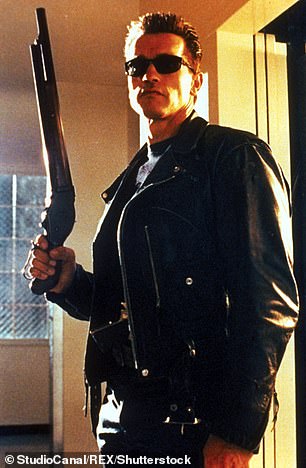 The County Court of Victoria heard Nikkheslat brought a drug addiction with him and began dealing amphetamines and heroin as well as carrying weapons.

He had already spent time in prison before he went a step too far on July 10, 2016 when he decided to cancel a debt Iranian-military style.

Nikkheslat later told police he armed himself with his favourite gun – a sawn-off .22 Winchester rifle ‘similar to what Arnold Schwarzenegger carried in Terminator 2’.

He said he owed Mehrdad Mirzaagha cash for a drug debt, but when he didn’t have the funds to pay-up he instead paid him a visit at his Dandenong apartment block.

Arriving with two mates – one a female packing a large machete – Nikkheslat donned a half silver, half black mask that exposed only his eyes.

His target was outside with some mates when they saw Nikkeslat raise his gun.

Mr Mirzaagha made a bolt for the back door as Nikkheslat fired off three rounds, hitting him in the back with one bullet.

The others escaped uninjured. 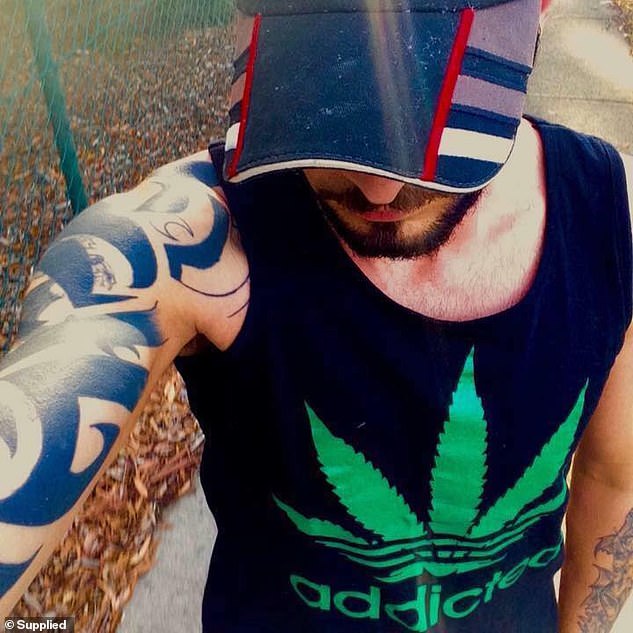 Omid Nikkheslat in another selfie posted on social media. It was his love of his own image that ultimately sealed his doom

Mr Mirzaagha required surgery to remove the bullet, but declined to offer a victim impact statement to the court.

When police caught up with Nikkheslat a month later he denied everything.

But the bumbling big mouth couldn’t help but brag about his deeds to two blokes sitting in the police cells.

They were both undercover detectives with tape recorders.

They also found photos of him on his phone posing with the gun and mask.

Although Judge Meredith said he was not confident that the Iranian would ever step a foot back in his homeland.

As Australia has no extradition agreement with Iran, the country is unlikely to accept Nikkheslat back, he said.

Instead, he faces long periods in immigration detention while he fights to remain in Australia through the Federal Court or Administrative Appeals Tribunal.

Nikkheslat has already spent more than a year in jail.