Mason Crane knows what to expect on the field and from the 90,000 crowd at the MCG if England hand him the toughest of Test debuts on Boxing Day.

‘I’ve never heard anything like the verbals going on in this series,’ smiled the 20-year-old leg-spinner. It’s not necessarily bad it’s just very different.

‘Even walking around the ground during a game is tough. If a bowler wants a drink on the far side we’ve been drawing straws over who is going to take it to him! The comments from the crowd are not stuff you can repeat but it’s all part of the fun. You just laugh it off because there’s not much else you can do.’

The engaging Crane is in contention to become one of England’s youngest ever spinning Test debutants if Joe Root and Trevor Bayliss decide to throw him in at the MCG deep end with the Ashes gone but much still to play for.

The Hampshire man made his mark on Australia this time last year when he became the first overseas player to represent New South Wales since Imran Khan in 1985 – taking five wickets against South Australia – and now could be about to go one huge step further by playing against Australia in the fourth Test.

‘If anyone said I’d be here now when I left for Australia last year to play grade cricket I would have told them not to be silly,’ said Crane. If I get a go now I’ll try to do myself justice and enjoy it.

‘You spend your life growing up wanting to play for England and I’m not going to let a few shouting Aussies get in the way of that.’

England need a top quality spinner just as much as they need bowlers with real pace and they have high hopes that Crane could be the man to finally fill the huge shoes of Graeme Swann. But the big question is whether the time is right.

Crane, as was proven in the warm-up games here, is still raw as you would expect from a leg-spinner so inexperienced but he has clearly got something about him and would not lack self-belief if England gave him his chance. 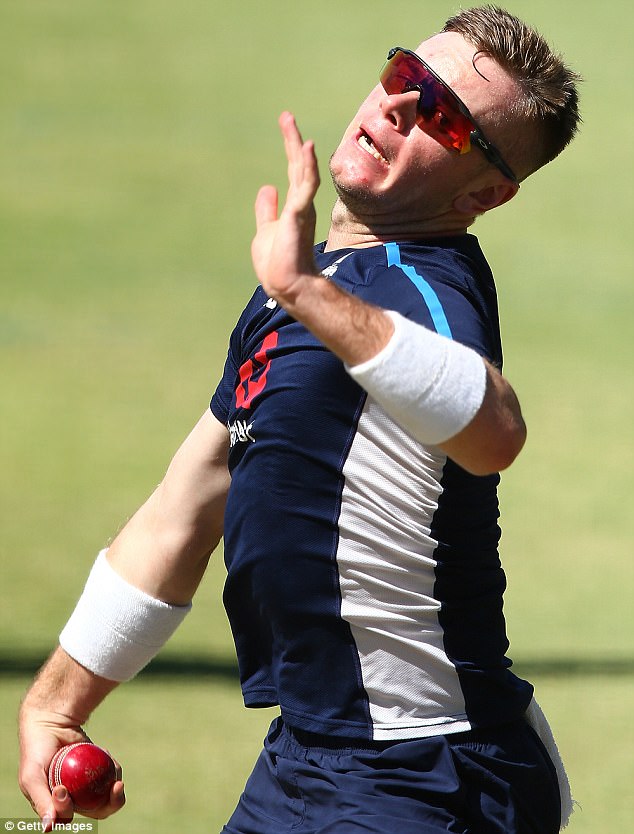 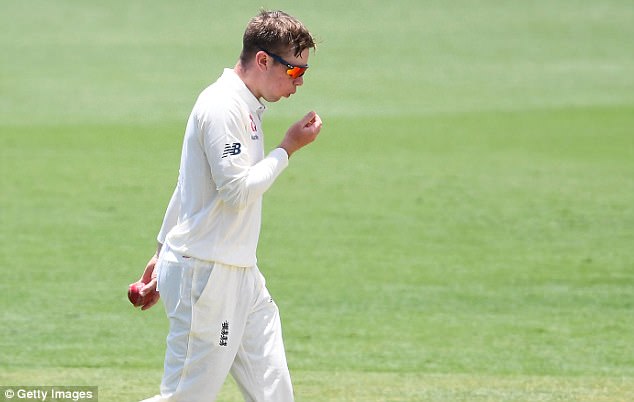 ‘I’ve done all the analysis so if I get a go I’ve got an idea of how I will go about it to each batsman,’ said Crane. ‘I’ve got a plan for every batter but I’m sure it’s different if you get out there because people change techniques.’

What is your plan for Steve Smith then? ‘Give him a single,’ said Crane, quick as a flash. ‘We’ll see. If I get out there he might change his game completely. He might have seen me bowl and have a plan against me. If I get the chance to bowl at someone like Smith I’ll have to adapt on the day.

‘The most pressure I’ve felt so far was probably in my second T20 last summer in Cardiff when AB de Villiers had a pop at me. I was standing there thinking ‘I’m not sure where to go.’

The captain came up so I asked him where to bowl and he said ‘I don’t know.’ I felt under pressure there but I came through it.’ What he does not mention is that he got De Villiers out for 35.

‘But the pressure around an Ashes series and the hype surrounding every ball is ridiculous really,’ continued Crane. ‘I don’t think you can replicate this and if I get the chance to play hopefully I can put into practice what I’ve learned here.’

He has a chance. The absence of Ben Stokes has seriously affected England’s balance and has ruled out Crane’s hopes of playing as a second spinner before now, especially as it would lengthen an English tail that has been blown away.

But Craig Overton is definitely out with his cracked rib while Stuart Broad is a doubt with the knee injury that has clearly affected him in what has become one of his worst ever series.

Mark Wood will practice with England at the MCG today having joined up with the squad at the end of the Lions trip but may not have bowled enough since his latest injury setback to be a serious contender for a place yet. 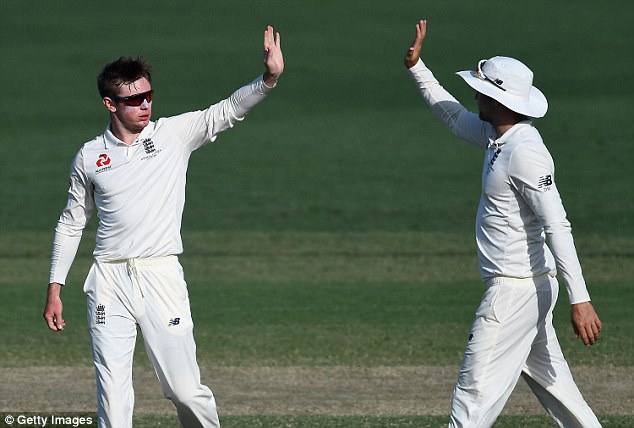 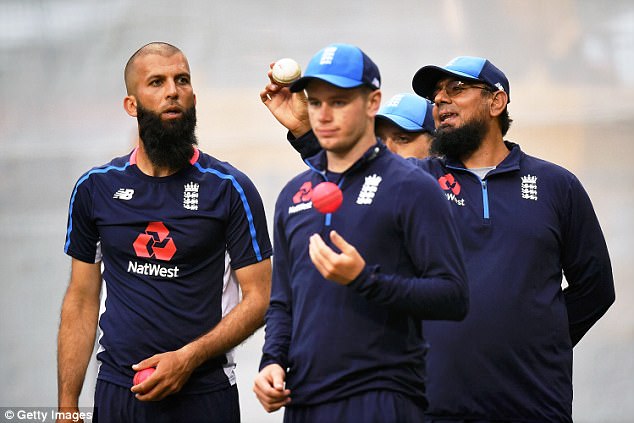 That leaves Crane competing with Tom Curran and Jake Ball for what could be two bowling vacancies but his best hope could still be if England decide to take a seriously under-performing Moeen Ali out of the firing line.

‘It’s made me realise how good Test cricket is because Mo is an unbelievable bowler,’ said Crane of Moeen’s troubles. ‘

‘He’s awesome and I get to see every day in the nets how good he is. I’m sure just round the corner he’ s got five for nothing in him but it’s been tough and hard to watch and I find it difficult that I haven’t been able to do anything about it yet. Hopefully I will get a go.’

Whatever happens for the rest of a series where England will be attempting to avoid another whitewash Crane knows he is very much at the start of his journey. ‘This is just the beginning.

‘A couple of years ago I thought I’ d be struggling to play county cricket and now I’m on an Ashes tour so I don’t want to put a limit on it. I just want to keep improving.’