Manchester United youngsters Mason Greenwood and James Garner have trained with the senior squad on Tuesday ahead of the Champions League clash against Valencia.

The Red Devils have already secured their place in the knockout stages of the continental competition and, with a trip to Liverpool on Sunday, manager Jose Mourinho may use the game as a chance to rest some first-team stars.

That would give an opportunity to the likes of Greenwood and Garner at the Mestalla and they were seen taking part in the session at Carrington before the squad flies out to Spain. 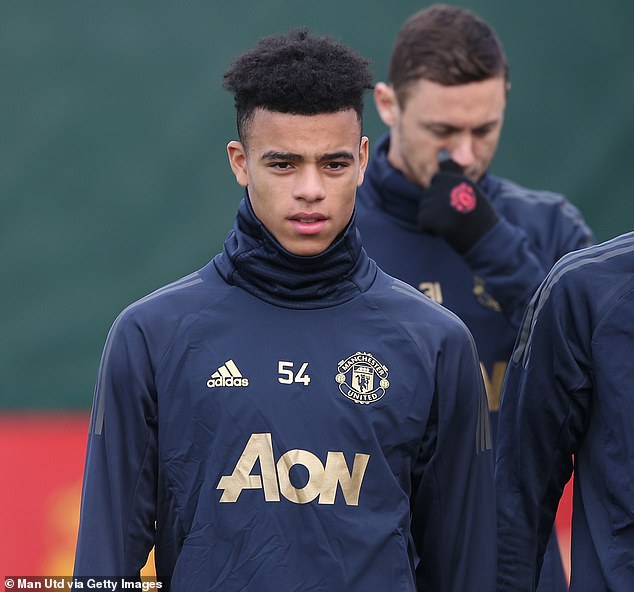 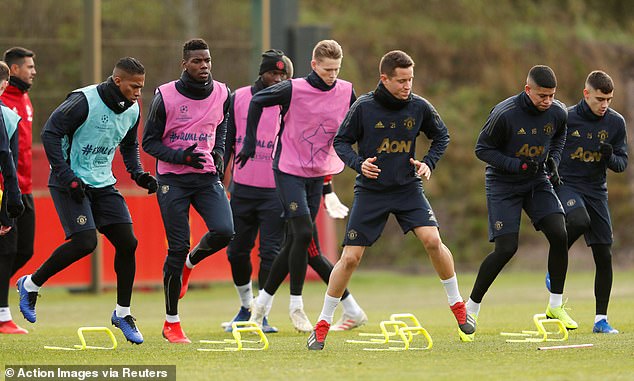 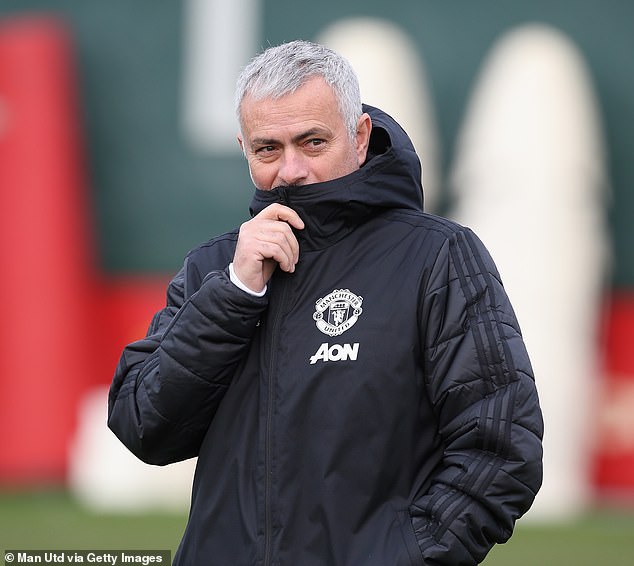 United have already made it through to the knockout stages, allowing Jose Mourinho to rotate

Garner, typically a midfielder but can be used at centre-back does not turn 18 until March while striker Greenwood top scored for the Under-18s last season and is leading the way in the goal charts again.

Both players were part of the squad on the pre-season summer tour of the United States and have represented England at youth level.

With European progression already secured, the pressure is off and United players appeared full of festive joy as they were put through their paces.

It is set to be a busy day for Mourinho and his players, with a flight to Valencia scheduled just hours after their session at Carrington, before the boss attends a media conference this evening.

Now, then, attention turns to trying to get top spot – with Juventus currently holding first place and a likely easier route to the quarter-finals.

United will have to beat Valencia at the Mestalla and hope that Cristiano Ronaldo and Juve slip up against Young Boys.