A 22-month-old boy who was bashed by his mother’s boyfriend and left to die was failed in ‘nearly every possible way’ by the Department of Child Safety, a coroner has ruled.

Mason Jet Lee died of an infection in Caboolture, Queensland, in June 2016 after he was struck so hard in the abdomen by William O’Sullivan it ruptured his small intestine.

Deputy state coroner Jane Bentley said ‘the handling of Mason’s case was a failure in nearly every possible way’ when she handed down her findings in the Brisbane Coroners Court on Tuesday.

‘I conclude that the department failed in its duty to protect Mason from the risk of serious harm that he faced in the months prior to his death,’ she wrote in her findings.

Mason Jet Lee died of an infection in Caboolture, Queensland, in June 2016 after he was struck in the abdomen by his mother’s boyfriend, William O’Sullivan

‘Indeed, it is difficult to find any step taken in this case that was carried out in accordance with policies and procedures and correctly documented.

‘The fact that the Ethical Standards Unit (ESU) found that 21 employees of the department involved in Mason’s case (10 at CCSSC and a further 11 employees involved in intakes) failed to carry out their duties appropriately is indicative of the scale of the failure.’

The Courier-Mail reported a senior Child Safety employee was dismissed on Monday, ahead of the coroner’s findings.

O’Sullivan was initially jailed for nine years over the 22-month-old boy’s 2016 death but a successful appeal by the Crown increased it to 12 years.

However, an appeal against the leniency of the sentence given to the toddler’s mother Anne Maree Lee was dismissed by the Queensland Court of Appeal  in December, 2019.

The pair pleaded guilty to Mason’s manslaughter after failing to get him medical treatment as he suffered an agonising death.

‘I include it in the findings not to shock or upset but in recognition of the fact that these things happened to this little boy whilst he was a child in our community,’ she said. 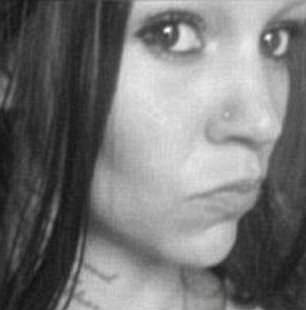 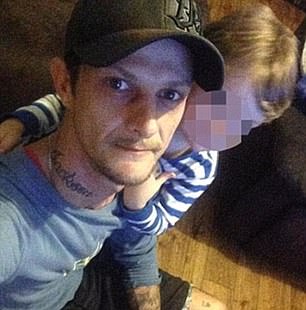 ‘If Mason had to endure these things then we as a community should be aware and acknowledge them.’

An autopsy conducted on Mason found his death was caused by the infection, but that he had numerous other injuries indicating he had been severely mistreated for some time.

He had been punched or kicked with such force that it fractured his coccyx several days before he died.

Mason suffered displacement of his large bowel and rectum, a fractured coccyx and tibia, 46 bruises to his body, mouth and ear ulcers, scalp haemorrhages from with head trauma and bowel injuries which led to infection.

The toddler also had illicit drugs in his system.

The findings outlined how the little boy’s declining health in his final days had been largely ignored by his mother and stepfather.

The family had been known to the child safety department since before Mason’s birth in 2014.

In 2015 the department found the children were safe with their mother and did not need to be fostered out, despite evidence she had been using drugs and alcohol. 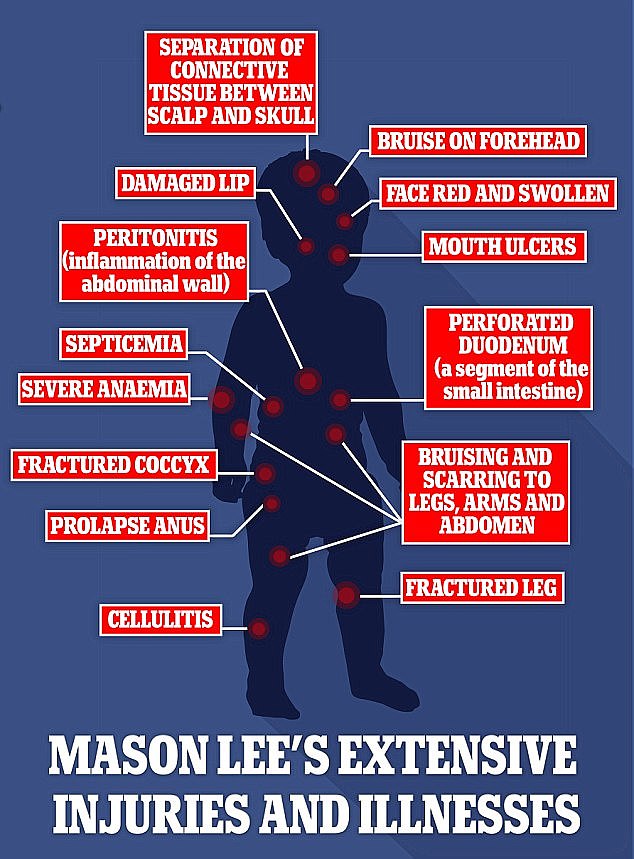 An autopsy conducted on Mason found his death was caused by the infection, but that he had numerous other injuries indicating he had been severely mistreated for some time

Mason was hospitalised in early 2016 when a doctor noted the worst injuries he had ever seen.

The department again made the decision to release the toddler back to his family.

The last time anyone from the department actually saw Mason was in March 2016.

Ms Bentley’s assessment of how the department handled the case was damning.

‘Despite all of the information available to the department, which clearly indicated that Mason was a child at risk of serious harm, nobody from the department saw him or checked on his welfare for three months before he was killed,’ she wrote.

She acknowledged the department was understaffed and staff were overworked.

However, she said the case was mismanaged on a number of levels, and that the department needed to review its policies about how it implements out-of-home care for at-risk children. 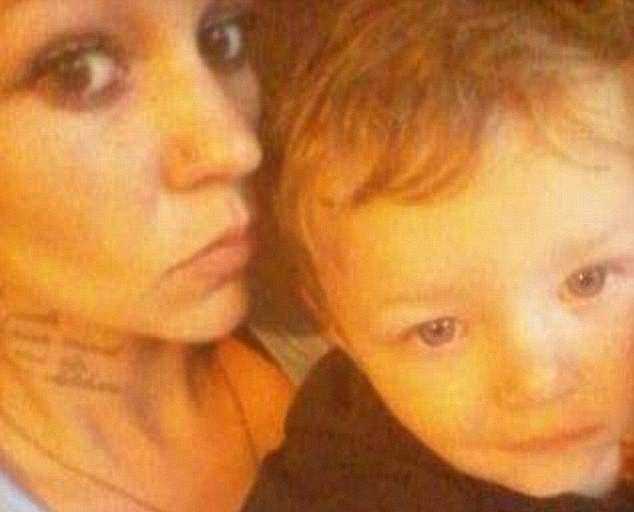 The family had been known to the child safety department since before Mason’s birth in 2014. Mason is pictured with his mother Anne-Maree Lee