A mass grave with the remains of a suspected 1,000-plus Jewish people slain by the Nazis has been found in Belarus.

Bones of men, women and children with gunshot wounds to their skulls have been located at a building site in the city of Brest on the Polish border.

The skeletons of around 600 have been found so far, with Belarus soldiers – deployed to undertake the macabre work – now locating the remains of some 40 people each day in the sinister burial place.

City official Anna Kondak said: ‘We expect the number of victims to go over 1,000.’

The remains of at least 1,000 suspected Jewish victims of the Holocaust have been discovered close to the site of a notorious Nazi ghetto at Brest where they were executed in 1942 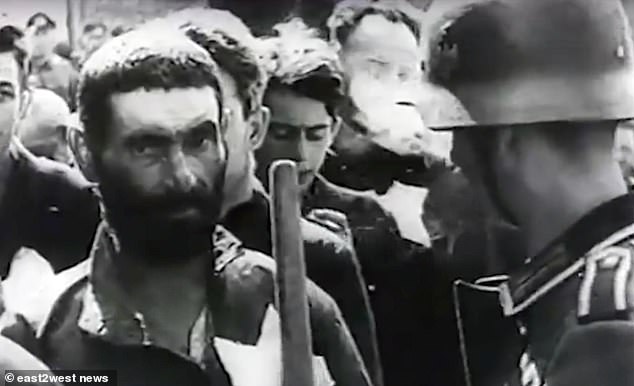 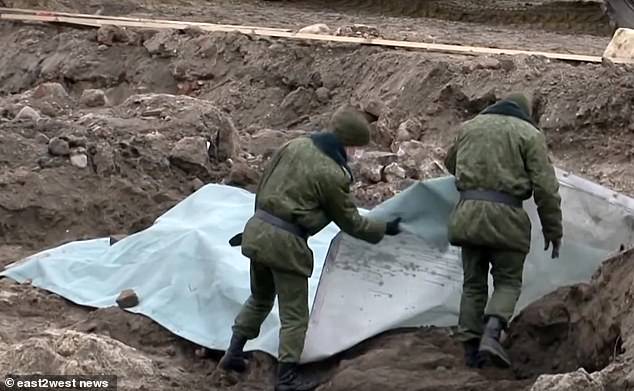 Members of the excavation team in Brest, Belarus, close to the Polish border examine remains at the mass grave 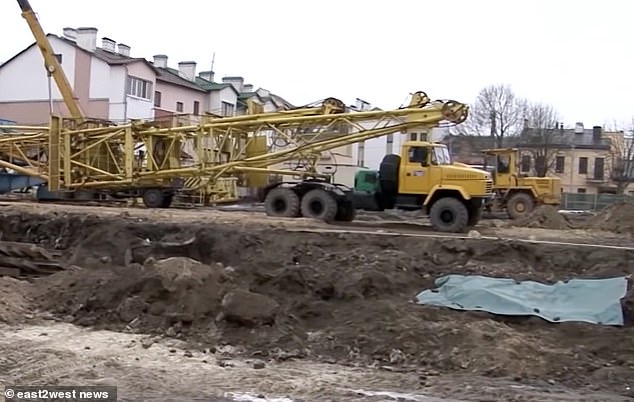 The dead are believed to have been Holocaust victims of the Nazis from the Second World War, say officials.

Some 17,000 people are known to have been shot in October 1942 near Bronnaya Gora railway station, while thousands more were also presumed to have been slaughtered.

Historic accounts say victims were ordered by Hitler’s forces to strip naked before being shot.

The recent discovery of human remains came during excavations for a new luxury residential development and a shopping mall, said city officials. 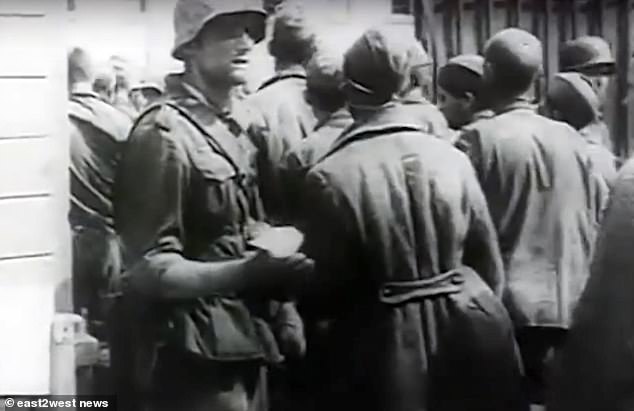 After being held at the ghetto some 17,000 prisoners were taken out and shot by the Nazis near Bronnaya Gora railway station 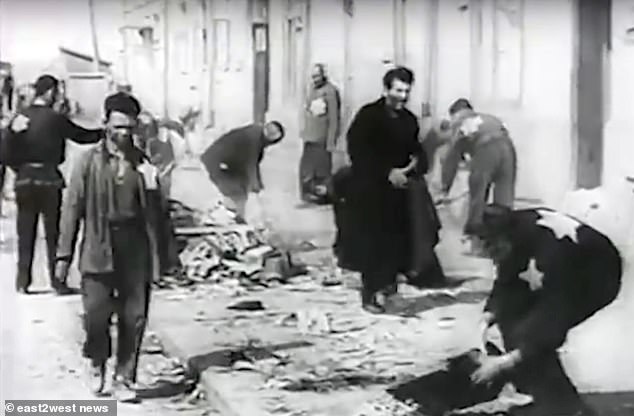 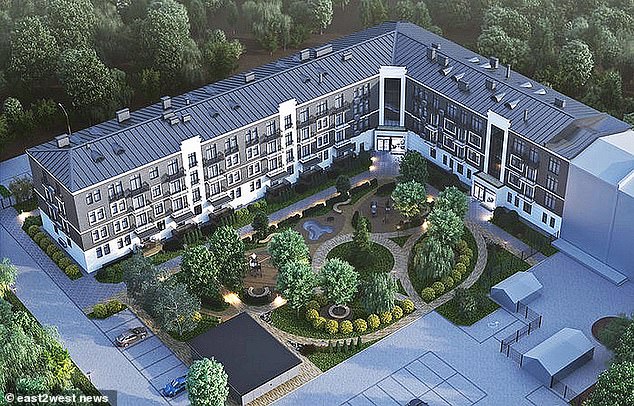 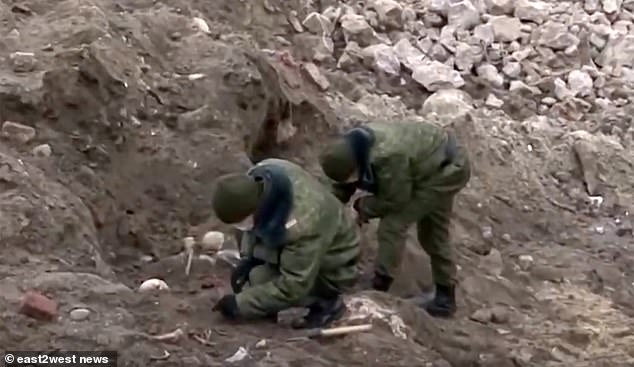 The building work has been suspended while the remains of the mass murder victims are disinterred.

Kondak said: ‘During three weeks, every day about 40 remains are being found.

‘Now the overall number is around 600.

‘As far as we know, there are two major graves here.

‘We have almost finished with the first one. After this, experts will start on the second one.’

Governor Alexander Rogachuk said: ‘We will not allow the building of anything on bones of people.’

Local reports say the human remains have been found in a 20 metre long pit, some 1.5 metres deep.

One account said they included ‘men, women, and children, all with gun shot wounds in their skulls’.

Rogachuk is reported to have held a meeting with representatives of the Jewish community in Brest and suggested to re-burying the remains at ‘Severnoe’ cemetery.

This burial ground already includes victims of the Holocost. 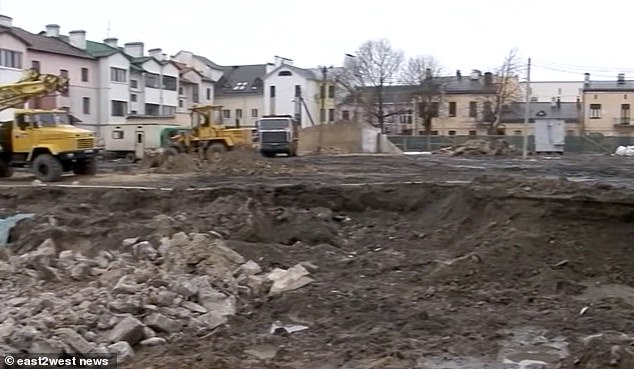 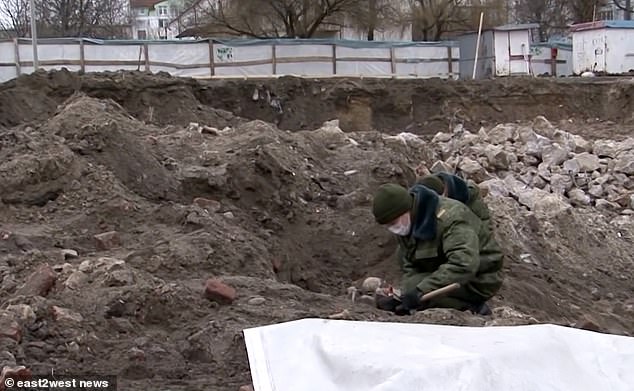 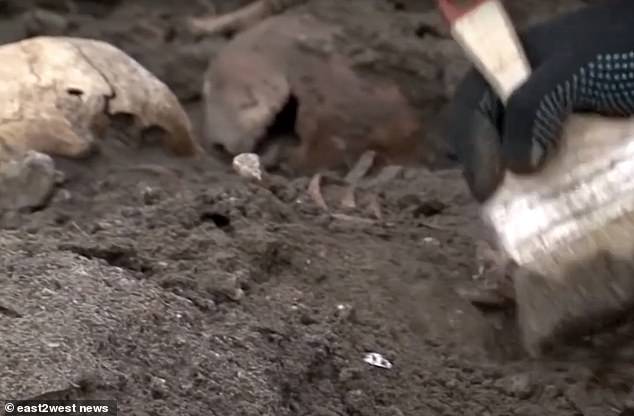 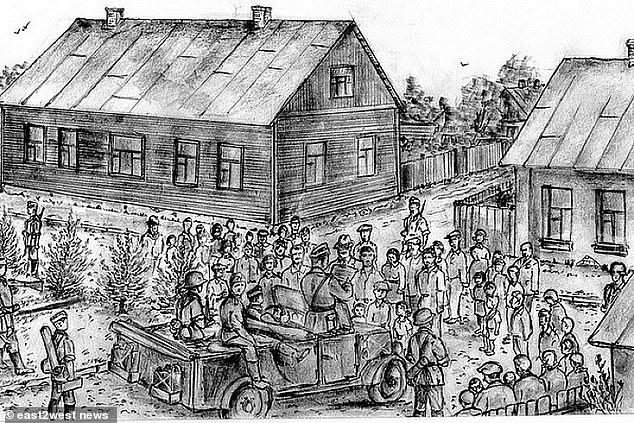 The Jewish community is demanding that religious traditions should be followed during re-burials.

The Kats sisters who survived the mass slaughter in Brest ghetto – concealed in an attic – heard the mass killing.

‘Workers came to dig graves early in the morning,’ said their account.

‘I heard a child crying: ‘Mama, let this bullet be very soon, I am so cold…’

‘It was in November, and they had to get undressed and stay naked.

‘About 5,000 people are lying there, behind our fence, at block 126 Kuybysheva Street…’ 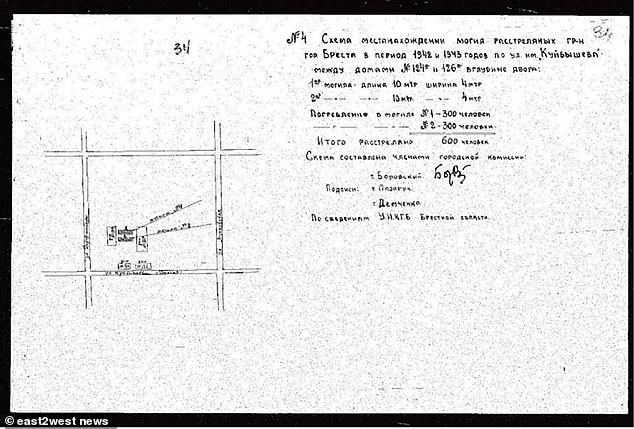 A mass shooting graves plan – local reports say the skeletons have been found in a 20 metre long pit, some 1.5 metres deep 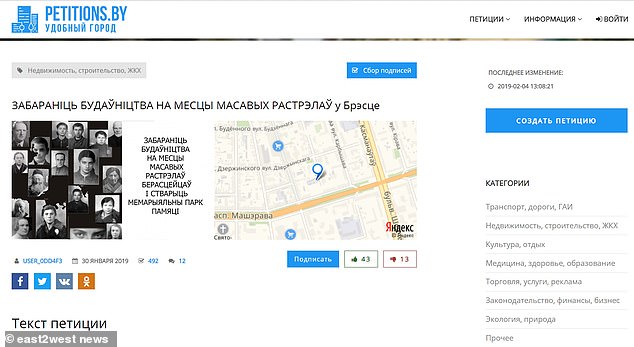 A petition has been started in Brest demanding that building work is permanently halted at the site of the mass shooting.

So far 492 people have called for a memorial park to replace the residential development and shopping centre.

The matter is being discussed by the city authorities.