A mass shooting at a nightclub in Brazil has left 18 people dead and 12 injured, many of them innocent bystanders, police said.

Heavily armed bandits stormed a party venue packed with young people in the early hours of Saturday morning in Cajazeiras, a neighbourhood in Fortaleza, north-east Brazil.

According to police, the slaughter was the violent result of a deadly dispute between two criminal gangs, the Guardians of the State (GDE) who confronted rival members of the Red Command (CV) outside the Forro Gago nightclub which was packed with innocent party-goers. Some reports quoted local authorities as saying their disagreement was related to a drug dispute. 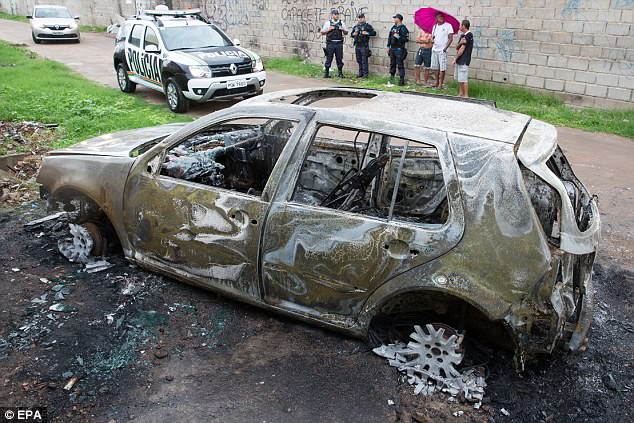 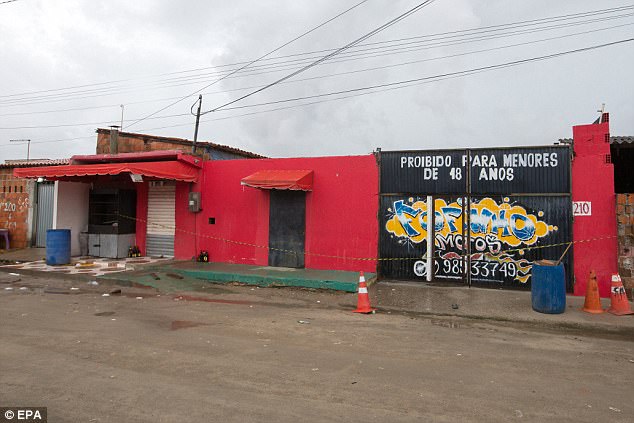 The shootings took place at the club in the Cajazeira neighbourhood, an impoverished region of Fortaleza, capital of the state of Ceara in north-east Brazil 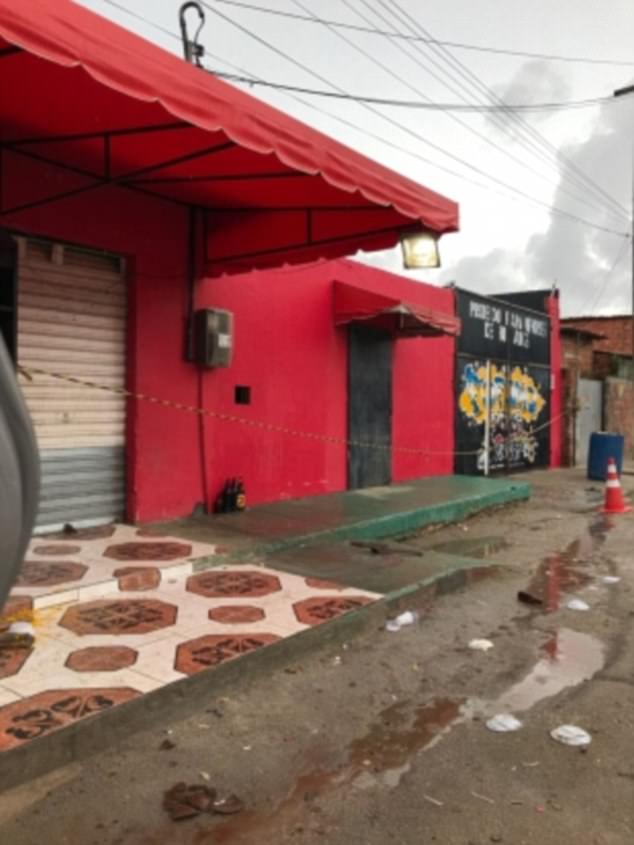 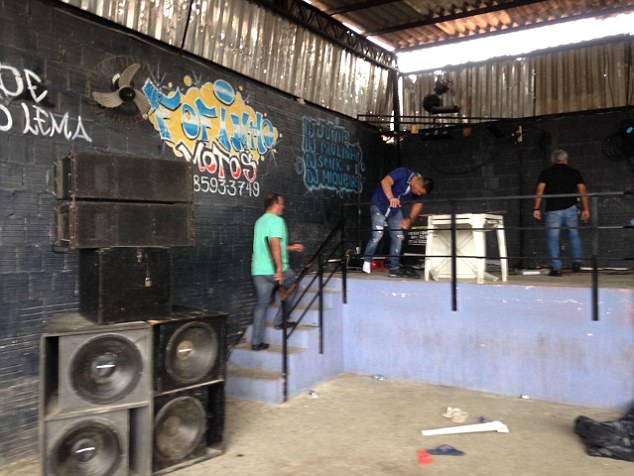 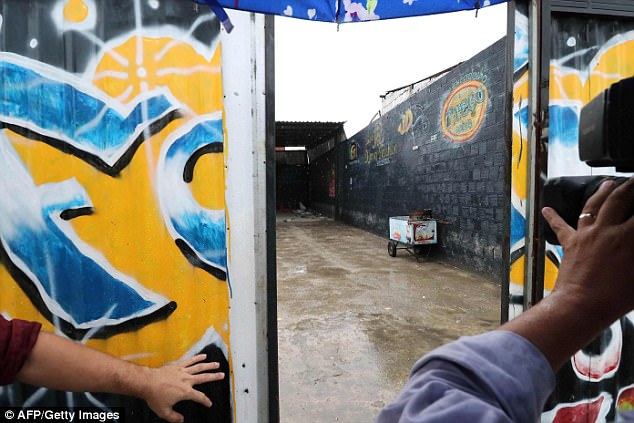 Police said 16 people were gunned down at the scene including 37-year-old Marisa Mara who was selling hotdogs outside the venue with her 12-year-old son who is among the wounded. Uber driver and married father-of-one, Natanael da Silva, 25, died when his car was riddled with bullets as he dropped off a customer.

The majority of the victims were said to be young women aged between 16 and 24 in what is being described as the largest ever massacre to have taken place in the city.

Police images show the horrific carnage with corpses scattered across the floor inside the club, lying where they fell, and bodies on the sidewalk and road outside the venue.

A military police officer who asked not to be identified said to O Povo News: ‘An armed group arrived in three cars, invaded the nightclub and just started shooting at the victims.

‘We’ve been told there were at least 15 gunmen firing semi-automatics randomly. People didn’t have a chance to defend themselves, as they were caught completely off guard. 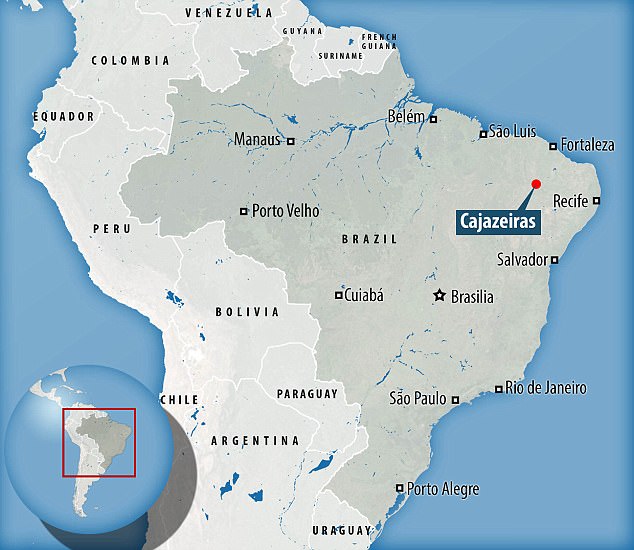 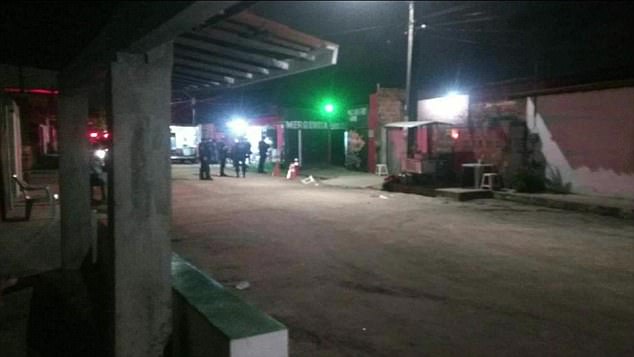 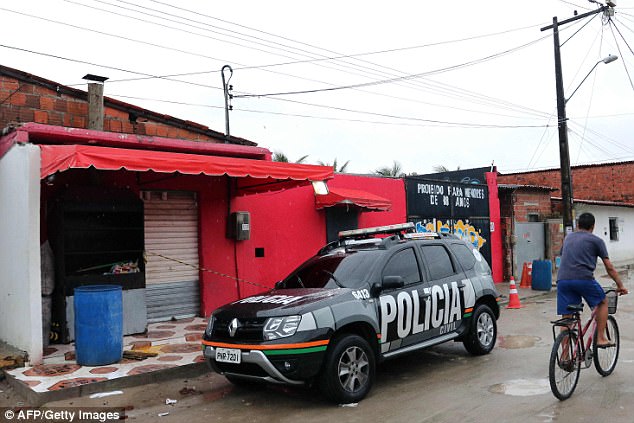 View of facade of the nightclub where 14 people were killed in an early Saturday shootout, in Fortaleza, northeastern Brazil, on January 27, 2018.Local authorities declared the cause of the shootout allegedly was a reckoning among drugdealers. / AFP PHOTO / Rodrigo CARVALHORODRIGO CARVALHO/AFP/Getty Images 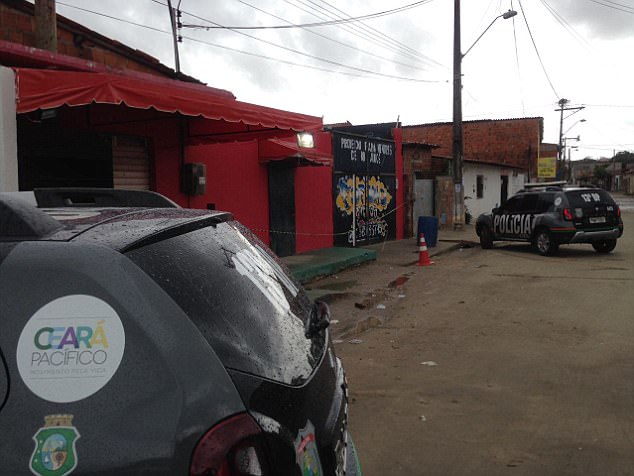 Police investigating the massacre say that an armed group arrived in three cars, invaded the nightclub and started shooting at the victims

‘There are bullet holes in the walls inside and outside the club and in cars parked nearby.

‘We believe, the order was to kill members of the Red Command. However, according to eyewitnesses many of the people who was hit had no involvement in organised crime and were innocent bystanders.’

People who living nearby the location said the shootings begun around midnight and the bombardment lasted for about 30 minutes.

A survivor, who declined to be identified, reported that at least four of her friends had died in the mayhem.

According to her, none had any links with criminal activity.

She said: ‘It was horrible, too horrible so many my friends were just shot down where they stood. Those of us who were lucky to get away ran into houses nearby and some climbed onto the rooftops and ran for their lives.’

Detectives said a taskforce has been set up to investigate the horrific crime.

The identity of the suspects have not been released and the names of all those killed will be revealed once family members have been informed, police said.