Grin and bear it! Moment a massive grizzly beast photobombs Tennessee couple’s wedding as they pose up for portraits

A furry wedding crasher stole the show at a Tennessee couple’s nuptials by making its way down the aisle.

Leah McMahan Edmondson of Gypsy Soul Photography said she was taking portraits with newlyweds Cory and Sarina Brewer in Gatlinburg when a massive black bear strolled into the background.

The photographer shared the hilarious story on Facebook last week, along with the unique wedding snaps. 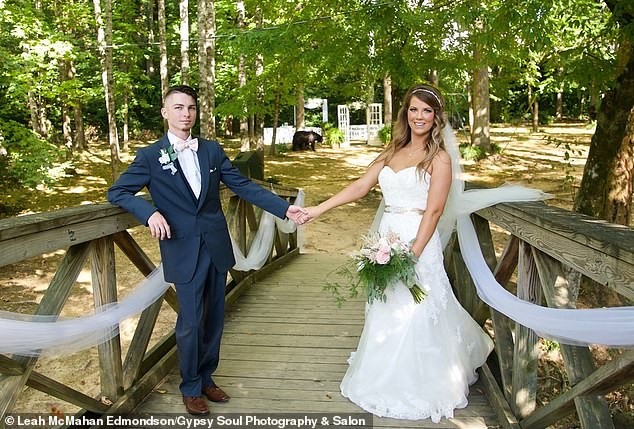 Edmondson said the photobomber made an entrance after the ceremony as she was taking intimate shots of the Brewers. The group relocated after they spotted the bear, not wanting to disturb it.

The animal was apparently displeased with being excluded from the photos and decided to take a walk down the aisle – a sight the photographer couldn’t ‘bear’ to miss.

‘However, when I stood up, he made a “huffing” sound and started toward me.

‘At this point, I am beyond scared. He jacked my heart rate up to Jesus.’

Thankfully, Edmondson said, the bear decided to move along without causing any further drama.

The photographer said the shoot was easily one of her most memorable.

‘It was probably the most adventurous photo session I have done – even more than the one time I shot a family and their pet opossum,’ she quipped. 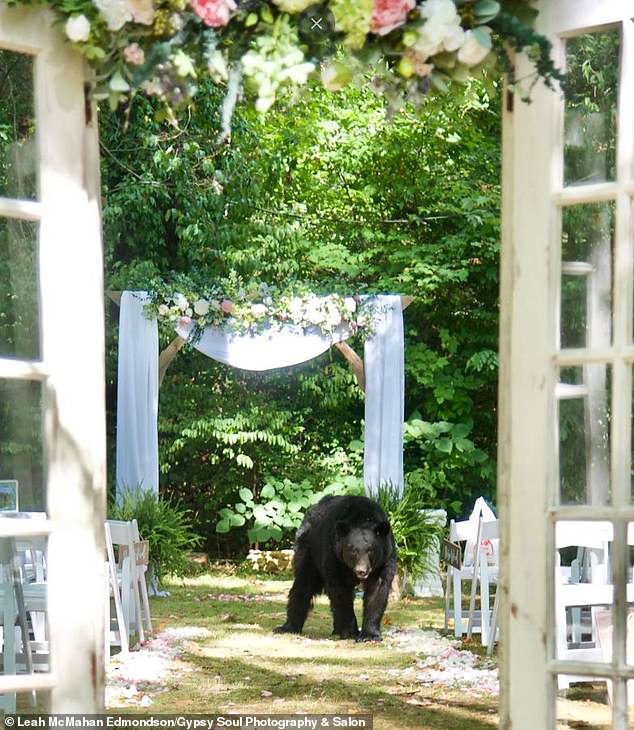 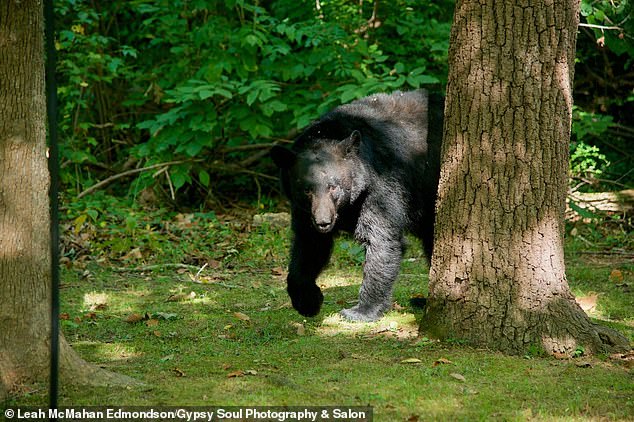