Virgin Australia has introduced major changes to its frequent flyer program amid the coronavirus pandemic.

The airline has suspended customers ability to transfer of points from its Velocity scheme to partner Singapore Airline’s KrisFlyer plan under the changes made last week.

It has also limited the purchase of retail gift cards using points to once a day.

The changes come as Virgin Australia tries to stay afloat after grounding most of its flights last month after strict travel restrictions were put in place to slow the spread of the deadly disease. 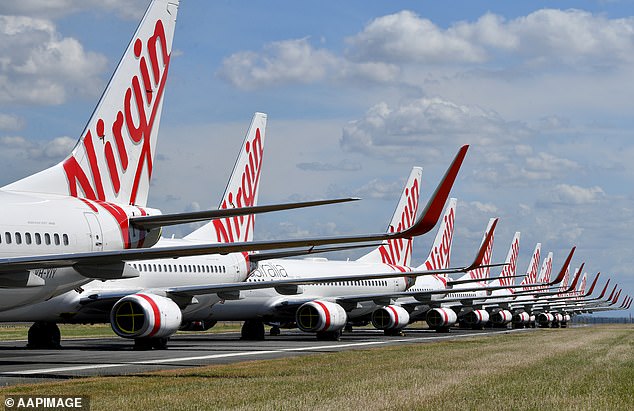 Airlines earn revenue by selling loyalty points to credit card companies or retailers. It stays in their pockets as ‘unearned revenue’ until the customer uses them on flights or products.

As Virgin has no new revenue coming in, the company will be trying to halt loyalty members using up their points and draining their cash flow, Credit Suisse analyst Paul Butler told the Sydney Morning Herald.

Virgin had $497 million in its loyalty scheme last year, while rival Qantas had $2.4 billion in unredeemed frequent flyer revenue.

Analysts believe Virgin could use up its liquidity in three to six months, half as long as Qantas, which should last 12 months.

Virgin has asked the Government for a $1.4billion bailout to keep the airline from folding during the pandemic.

However, senior cabinet ministers appear reluctant to handover the cash. 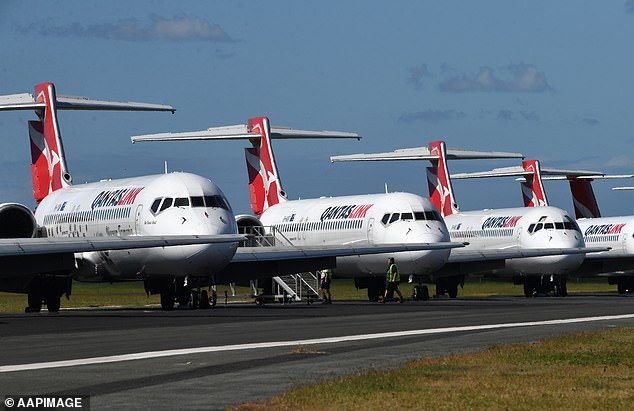 Virgin had $497 million in its loyalty scheme last year, while rival Qantas had $2.4 billion in unredeemed frequent flyer revenue

The company’s chief executive Paul Scurrah said it would be ‘temporary support, not a handout’.

‘We want to work with government on how best to design this but it will be a repayable loan.’

He said Australians benefited from having competing airlines, resulting in fairer prices.

However, some aviation industry experts have suggested a monopoly would not last long given Australia is a lucrative market.

Qantas chief executive Alan Joyce said his company was not seeking a bailout. However, he said because Qantas’ revenue is three times higher than Virgin, if Virgin gets a $1.4 billion loan, it should get a $4.2 billion loan.

Deputy Prime Minister Michael McCormack said if the government bails out Virgin it would have to do the same for other companies.

‘We can’t just pick and select individuals and winners out of this,’ he told The Australian.

Mr McCormack, who is also transport minister, has suggested Virgin should raise capital from its shareholders.

Labor leader Anthony Albanese said regional Australia will be hurt if one of the major airlines falls through.

Mr Albanese raised the issue with Prime Minister Scott Morrison during a meeting on Thursday evening.

Passengers from around the world are set to be repaid $57.5 billion in air travel ticket refunds, according to Flightradar24.com data.

The government has waived fees for airlines as part of more than $700 million in measures to help Australia’s ailing carriers.