One way to keep kids in class: Massive crocodile is spotted sunning itself and lurking in a creek just metres from a school

A crocodile has been spotted sunning itself in a creek just 100 meters from a high school.

Students at North Queensland’s Ingham State High School were glad they didn’t skip class today, when a large crocodile was seen enjoying the warm weather on an embankment at the back of the school.

A photo of the crocodile was shared to Facebook, warning locals to be careful around the big creature.

‘Just a heads up that the croc at the back of the Ingham State High School is still there, be careful,’ the person who posted the photo wrote.

‘This is not the greatest photo but as you can seen it’s a big one.’

Many comments on the photo claim that they thought they saw something in the area, with many believing it was a crocodile that authorities had been looking for in the area.

Some comments believe this beast was over two meters long.

‘I’d be more worried about the humans that hang around schools,’ another commenter said.

The Townsville Bulletin is reporting that the Department of Environment and Science is targeting a crocodile for removal from the wild, but there is no mention of it being near the high school. 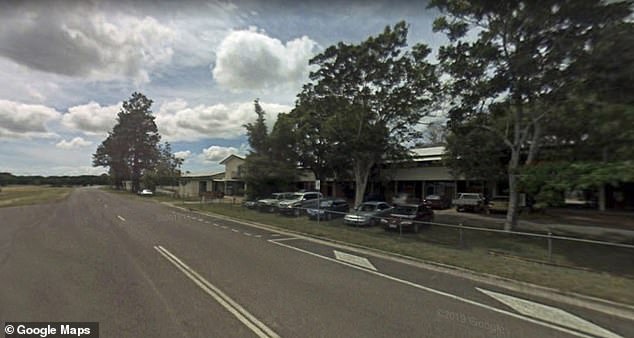 The crocodile was spotted near Ingham State High School (pictured)