Tens of thousands of ill or disabled people were underpaid benefits by an average of around £5,000, the public spending watchdog revealed today.

An estimated 70,000 claimants transferred to Employment and Support Allowance (ESA) from other benefits since 2011 were underpaid – some by up to £20,000 – the National Audit Office (NAO) reported.

Meg Hillier, chairwoman of the Commons Public Accounts Committee, hit out at the ‘shoddy administration’ at the Department for Work and Pensions which left vulnerable people out of pocket.

Meg Hillier, chairwoman of the Commons Public Accounts Committee, hit out at the ‘shoddy administration’ at the Department for Work and Pensions which left vulnerable people out of pocket

NAO chief Sir Amyas Morse said: ‘The facts of this case are that tens of thousands of people, most of whom have severely limiting disabilities and illnesses, have been underpaid by thousands of pounds each, while the Department for several years failed to get a proper grip on the problem.

‘The Department has now committed to fixing this error by April 2019, but not everyone will be repaid all the money they have missed out on.’

As a result of the error the DWP estimates it will need to pay a total of between £570 million to £830 million more ESA than previously expected by the end of 2022-23.

The NAO report said: ‘The average underpayment is likely to be around £5,000 by mid 2018-19, with the Department owning an estimated total of £340 million in underpaid benefits.’ 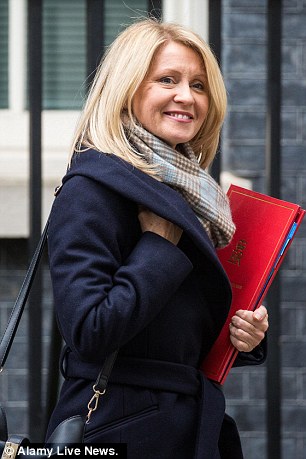 As well as the arrears – back to a cut-off date of October 21, 2014 – the Government will face higher ongoing payments due to the corrected claims.

The NAO investigation found the department’s process for converting people to ESA from older-style benefits which were being phased out ‘did not reflect its own legislation’.

Officials did not recognise the ‘systemic’ problem until 2014 and although it issued new guidance to prevent further errors in June 2014 it did not take steps to assess existing cases.

It took until July 2017 for the department to recognise that it had a legal responsibility to identify the people affected and develop a response, according to the NAO report.

An internal review concluded that a ‘stronger grasp’ of legal obligations and risks would have supported ‘better-informed’ discussions in 2014.

A second review concluded that finance staff should have been notified about the error more quickly.

Labour MP Ms Hillier said: ‘The Government’s shoddy administration of ESA has resulted in vulnerable people being deprived of thousands of pounds they were legally entitled to.

‘The NAO’s report shows the Department of Work and Pensions was unacceptably slow to act on early signs something was wrong.’

A DWP spokesman said: ‘We’re well under way with our plan to identify and repay people affected by this issue, and payments have already started.

‘We’re committed to ensuring people get what they are entitled to receive as quickly as possible. Everyone who could be affected will be contacted directly by the department.’