Runners gathered alongside TV chefs today to complete the 3.7 miles Masterchef’s Matt Campbell could not when he died at the London Marathon.

Mr Campbell, 29, was attempting to raise money for charity when he collapsed at the 22.5 mile mark, close to Shadwell.

Hundreds of friends and supporters arrived in the capital today for the ‘Finish for Matt’ campaign organised by Martin Doyle.

MasterChef contestants Jamie Park and Tom Peters were among the sea of joggers of all ages who finished the race in honour of their friend.

Tom Peters was with Matt in the hours before he died and had posed for a picture with him before the start of the 26.2-mile race.

A huge swarm of runners paid tribute to the man from the Lake District, one week after his tragic death. Outside of the capital runners took part in the campaign – including Matt’s 85-year-old grandmother. 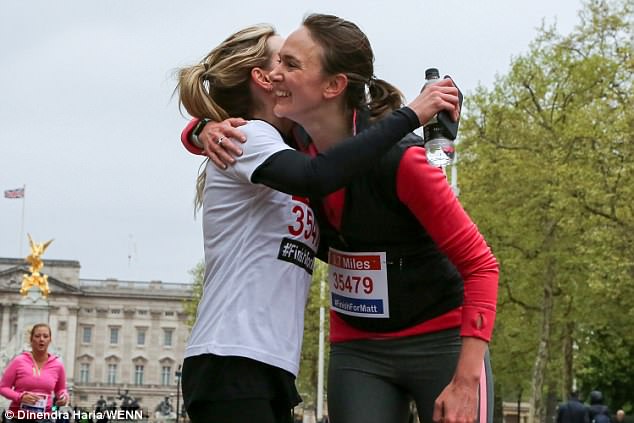 Women hug as they complete the final 3.7miles for Matt Campbell who died while taking part in the London Marathon 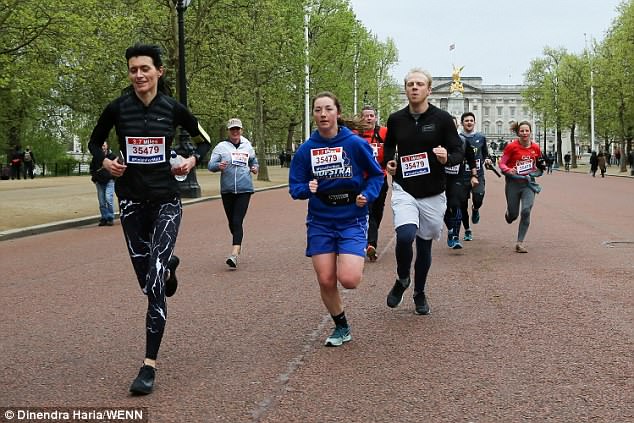 Runner sprint down The Mall in honour of Matt Campbell, 29, who died while trying to raise money for charity in honour of his late father 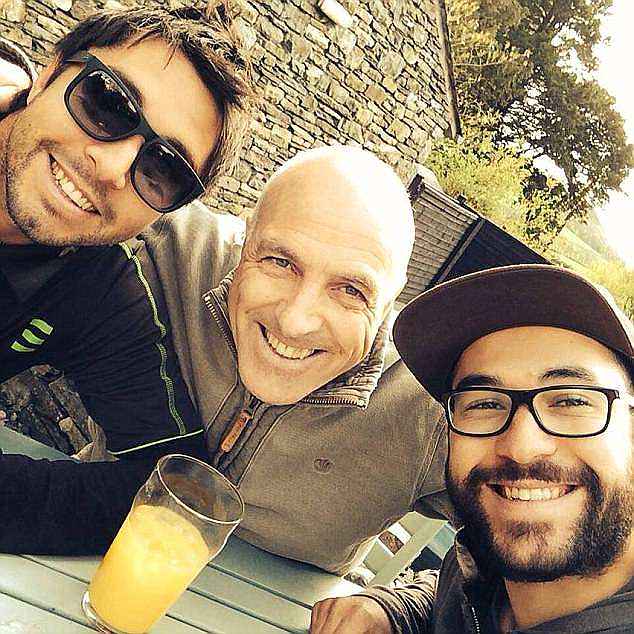 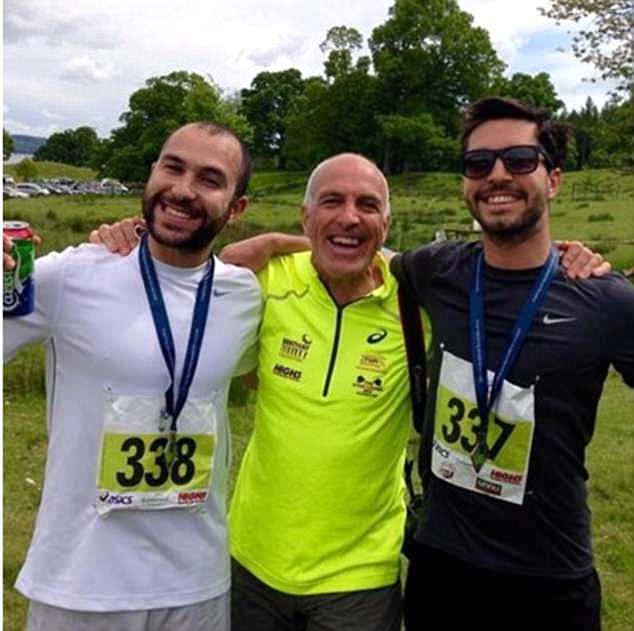 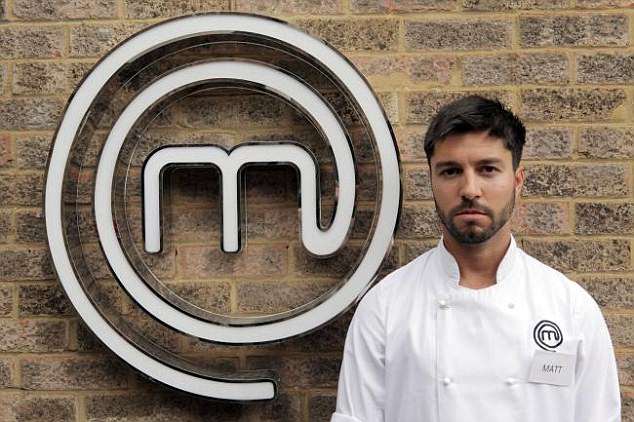 Matt Campbell was known for appearing on Masterchef. He had been devastated by the death of his father and was hoping to raise money for charity when he died 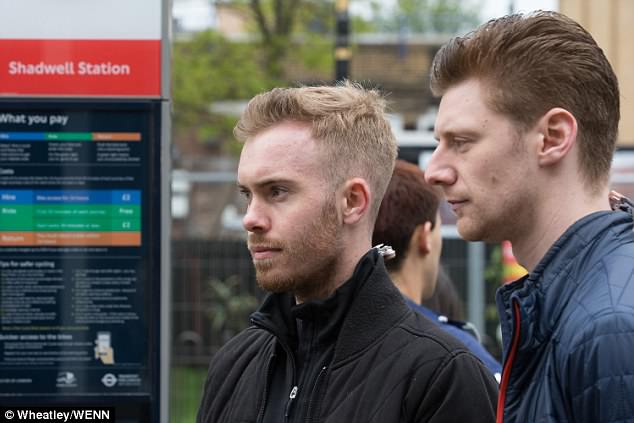 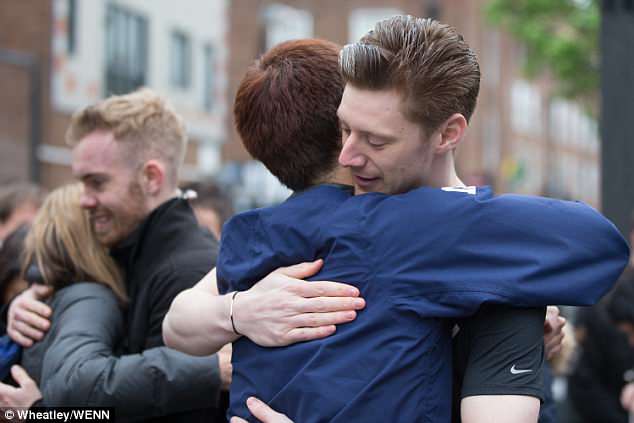 MasterChef contestants Jamie Park and Tom Peters, along with many others supporters, run from Shadwell to ìfinishî the final 3.7 miles of the London marathon 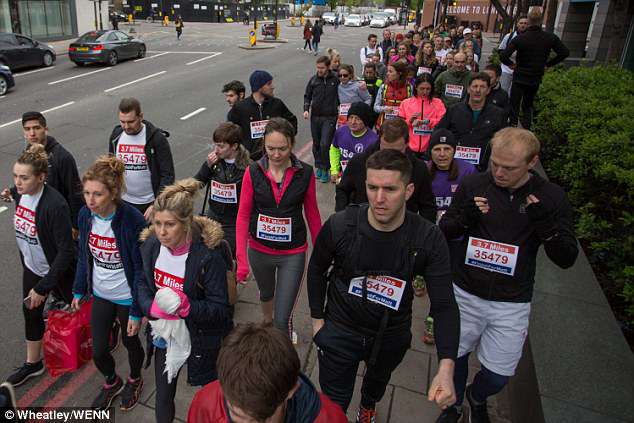 Runners get ready to finish the final 3.7miles for Masterchef star Matt Campbell, 29, after he died in the London Marathon 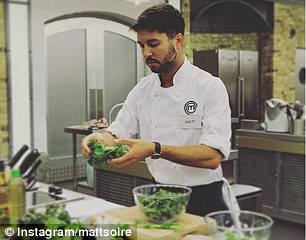 Matt Campbell, 29, died after collapsing at the 22.5mile mark of the London Marathon

Four thousand people joined a Facebook group in Matt’s honour and pledged to do the 3.7mile challenge wherever they are in the world.

He was running the race for the Brathay Trust in honour of his father. Before his death he hoped to raise £2,500.

He wrote: ‘As many of you know, I lost my father Martin 18 months ago suddenly. 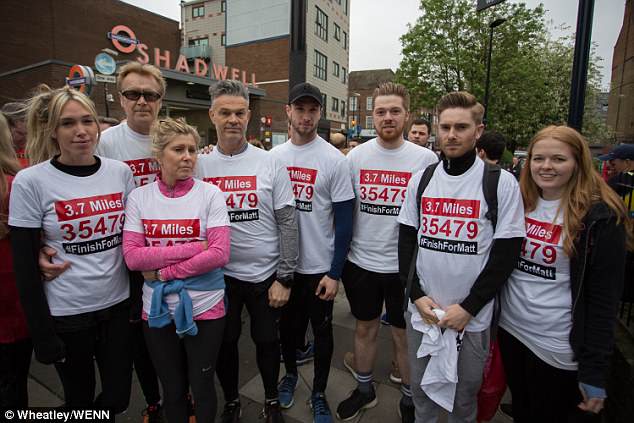 Runners all wore Matt’s number as they finished the final 3.7miles for their friend one week after his death 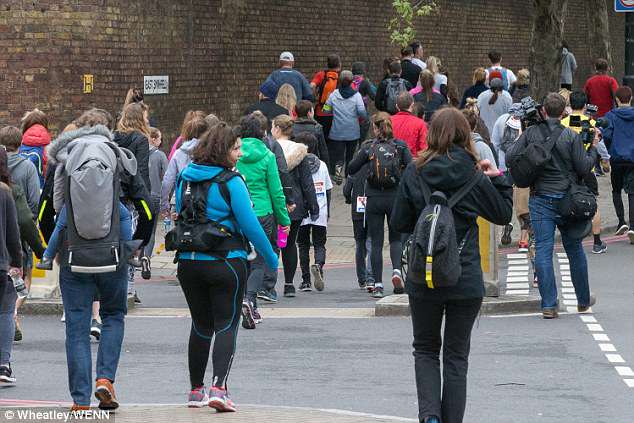 ‘The past year & a half have been the toughest of my life but his spirit and energy live on in me.’

She wrote: ‘Thank you Martin. You guys are amazing.

‘We’re doing the Brighton walk/run today at 1pm. Matt’s 85 yr old grandmother will be walking with us together with his uncles & cousins.’

Donations to Matt’s chosen charity have been flooding in.