Choose ling instead of salmon and pick the right cut of meat: Masterchef star Matt Preston shares his top thrifty dinner tricks that will save you HUNDREDS on your food bill

Masterchef Australia star Matt Preston has shared thrifty tricks to save you serious cash on your weekly food bill.

In a feature for Delicious, the British-born food critic advised getting creative with potatoes and swapping expensive cuts of salmon for affordable cuts of ling, an Atlantic white fish.

A kitchen staple the world over, potatoes are a key component of many popular dishes in different cultures.

And retailing at $4 per kilo, they are a cheap and versatile addition to a wide variety of tasty meals.

Matt suggested using potatoes in creative ways, by mixing them with flour to make gnocchi or using them as a base for Thai or West African curries.

He also recommended using them to make French fricassée with frozen corn, caramelised onion and bacon. 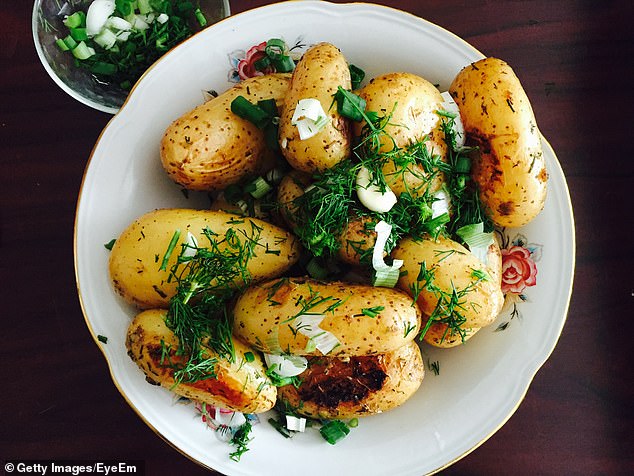 Mince has long been a go-to buy for meat lovers eager to keep spending to a minimum with prices averaging at $10 a kilo.

But Matt said this value can be stretched further by bulking mince dishes like cottage pie with extra vegetables.

If you prefer lean meat, he suggested swapping beef for turkey, chicken or kangaroo mince which come in at around $12 per kilo.

As the pescatarian diet continues to increase in popularity, salmon has enjoyed a resurgence as one of Australia’s favourite fish.

But with fresh cuts coming in between $27 and $40 a kilo, Matt suggested swapping salmon for a cheaper, little known Atlantic white fish called ling which costs $15 a kilo on special.

Alternatively, Matt encouraged creative cooks to experiment by rustling up a Singaporean style curry with salmon heads which cost just $6 a kilo. 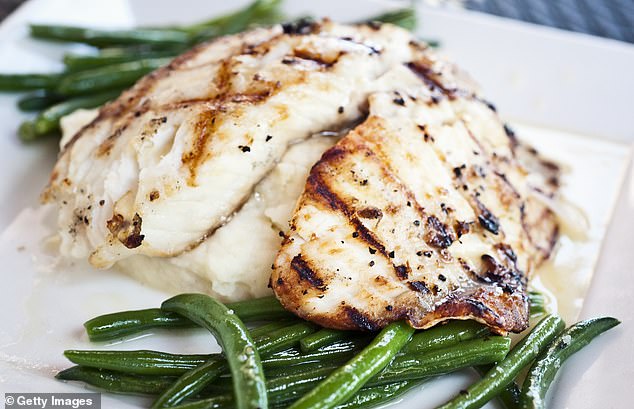 Fresh salmon can set you back as much as $40 a kilo, so Matt suggested swapping it for a white fish like ling which comes in at $15 per kilo (stock image)

‘It’s amazing how many people don’t know that fattier chicken thighs are now more expensive than a breast,’ Matt said.

Chicken breasts can be found for as little as $9.50 a kilo, and are delicious additions to stews, curries and stir fries.

Chicken wings are even cheaper still, retailing at an average of $4.50 a kilo.

Whole chickens also work out around $4.50 a kilo and easily feed a family of four.