MASTERS HIGHS AND LOWS: The full beauty of Augusta was on display this week

MASTERS HIGHS AND LOWS: The full beauty of Augusta was on display as Dustin Johnson romped to victory, but without the crowds it felt a bit soulless

The Masters was later than normal, and lacked the usual massive crowds, but there was still plenty to enjoy at Augusta as Dustin Johnson impressed on his way to victory.

The beauty of Augusta is often harder to see beyond the rows of heads, and being able to hear the sound coming off Tiger Woods’ clubface was so sweet.

However the whole thing felt a bit soulless without the audience in attendance, and a November Masters just doesn’t feel right.

It was the privilege of a lifetime to see the best players in the world up close and personal at Augusta. Normally, you’re peering over the heads of the patrons and seeing next to nothing.

My favourite? Tiger, of course. Even at 44, he has a charisma all his own. And the sound that comes off the clubface on his iron shots? The sweetest one I’ve heard in golf.

I never thought it possible to have a greater appreciation of this place, but walking round having it nearly all to yourself was an experience that was close to spiritual.

The beauty is one thing, and then there’s the cleverness of the design. It was like watching it for so many years in black and white and then someone allowing you to see it in colour. 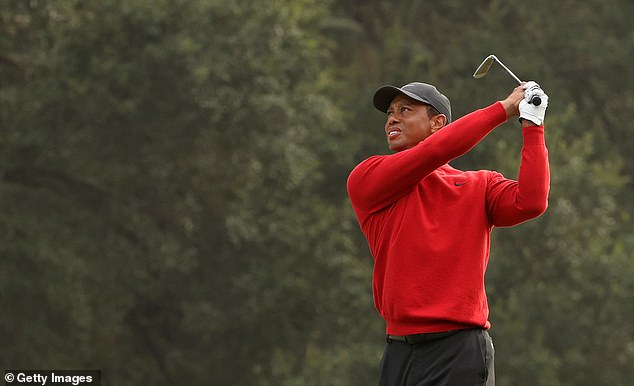 Whoever imagined a day during the Masters where you could walk down the busy Washington Road outside the course and take your pick of the restaurants? The wait is normally two or three hours. And driving to and from the action without sitting in traffic? Pure bliss.

A November Masters doesn’t feel right. OK, we know the reasons for the switch, but it’s one you’d ideally never make.

A joy of the Masters is that it heralds a time of the year where we’re all looking forward to playing more — going home to winter isn’t the same. Don’t get me started on locking down golf courses. 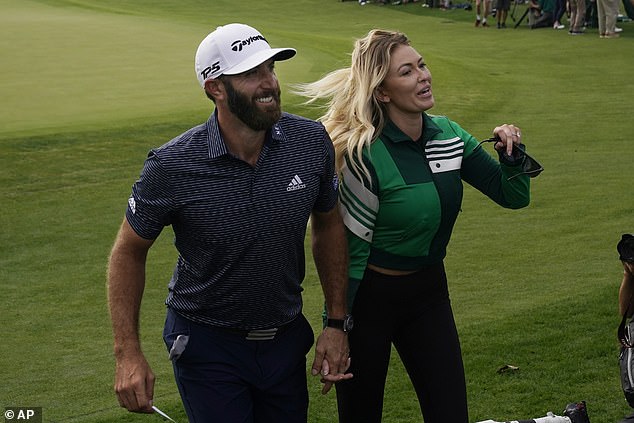 Dustin Johnson finally got his Masters victory, but without the crowd it felt a little soulless

This was a Masters where so much about it proved a double-edged sword… Take the lack of traffic and empty restaurants. Great in one sense, but it was all a little soulless in comparison with the usual manic buzz.

Outside Augusta it was just another week in November, with no hint or clue as to what was going on behind those forbidding gates.

It is a recurring theme in every sport, of course, but at the Masters the lack of patrons was felt more than most. The morning start for the final round felt wrong as well. Coping with the hours to wait for a 3pm tee time and the roars echoing through the pines are two of the traditional difficulties of winning the green jacket.