The Chief Executive of Match Group is stepping down for personal reasons, an internal memo has revealed.

Mandy Ginsberg, the CEO of Match – the parent company of dating apps Hinge and Tinder – sent an unusually personal letter to members of the company.

In the memo, Ms Ginsberg revealed she had been through a series of ‘health hiccups’ over the past four months, which she had found personally trying.

Match Group’s current President Shar Dubey, who oversaw the team who launched Tinder Gold, will take over the helm from Ms Ginsberg as CEO on 1 March.

In the email, the CEO wrote that she had undergone a preventative double mastectomy 15 years ago after testing positive for the BRCA1 gene. This was after two maternal family members died from ovarian cancer.

The Chief Executive of Match Group, Mandy Ginsberg (pictured Washington in 2019) is stepping down for personal reasons, an internal memo has revealed 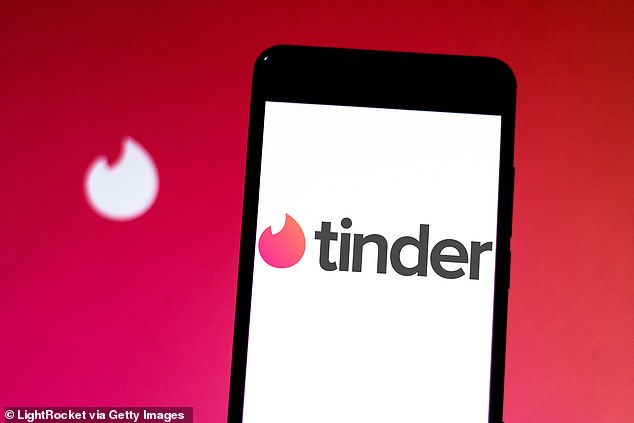 In this photo illustration Tinder logo is seen displayed on a smartphone. Match Group is the parent company of dating apps Tinder, Hinge, POF and Match.com 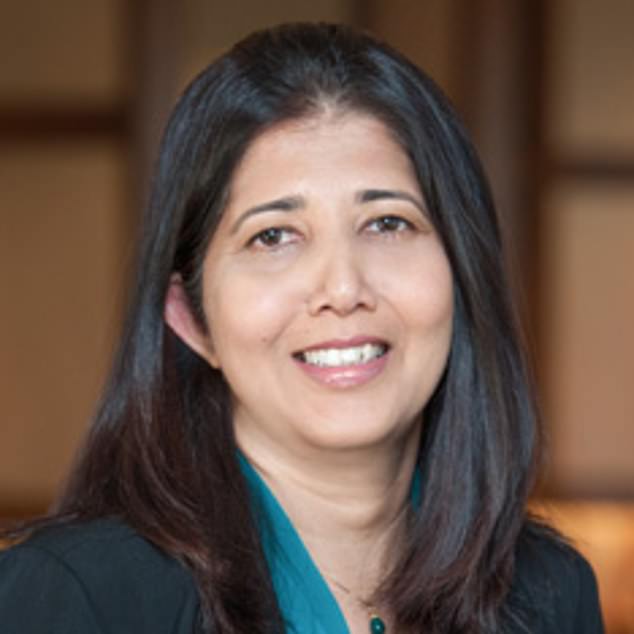 Shar Dubey, pictured, will take over the helm from Ms Ginsberg as CEO of Match Group starting on 1 March this year

The BRCA1 gene, if inherited, can cause breast and ovarian cancer at a younger age.

People familiar with the matter said it was not unusual for Ms Ginsberg to discuss the BRCA1 gene with employees.

Last Friday, she again went under the knife after the implants she received were recalled for links to cancer.

‘So why am I leaving now? These last 4 months have been personally trying,’ she wrote in the memo.

‘And while I expect to have a clean bill of health, short term I need to take care of myself and so will take some time off this year to do just that.’ I 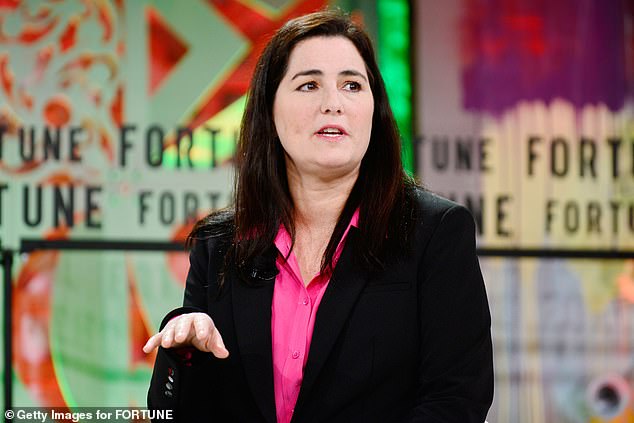 ‘In October, Dallas experienced a tornado that barreled through the city destroying many homes in its wake,’ she revealed.

‘Thankfully no one was killed, but the tornado hit my home, making it unlivable.

‘This has definitely impacted my family.’

The CEO of the matchmaking company is married for the second time and has two children, who she lives with in Dallas.

Ginsberg rose through the ranks of the Match Group after joining in 2006.

In a 2018 interview she spoke of her passion for the role as head of the company connecting potential partners.

‘This isn’t about making, I don’t know, tables,’ she said. ‘I really believe that we are having a profound impact on people’s lives.’