‘I left nothing on the field’: Finance Minister Mathias Cormann announces he will QUIT politics

Finance minister Mathias Cormann has announced he will step down from politics at the end of the year.

Mr Cormann said in a statement he has already advised prime minister Scott Morrison of his decision not to recontest the next election.

‘Having decided not to recontest the next election, I can confirm that I have advised the prime minister that the end of this year would be an appropriate time for an orderly transition in my portfolio,’ he said in a statement.

‘Before handing over the baton, there is another six months or so of hard work to be done in this job, to help manage a responsible transition out of this coronavirus induced crisis and to help finalise and set in train our five-year plan to maximise the strength of our economic and jobs recovery.’

One of Scott Morrison’s most senior ministers, Mathias Cormann, is retiring from politics at the end of the year 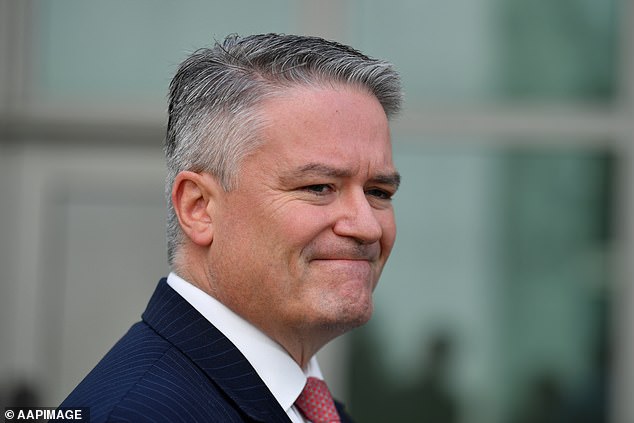 One of Scott Morrison ‘s most senior ministers, Mathias Cormann, won’t recontest the next election and will step down from cabinet at the end of the year

Senator Cormann, who has been finance minister since 2013, entered federal politics in 2007 and became the government’s upper house leader in 2017.

His decision to remove his support for Malcolm Turnbull and instead back Peter Dutton was seen as a major reason for the 2018 leadership coup that led to Scott Morrison becoming prime minister.

Mr Turnbull has accused Senator Cormann of ‘blowing up’ the Turnbull government.

Senator Cormann thanked all Mr Morrison and his predecessors Tony Abbott and Mr Turnbull ‘for the opportunities they have given me to serve.’

‘Having the opportunity to help shape the future direction of our country as part of a great team working to make our country even stronger, more prosperous and more resilient is a great honour,’ he said.

‘I love this job. Every single day I am giving it my all. I can honestly say that I have left nothing on the field.’

Senator Cormann said he would spend the next six months working with the prime minister and Treasurer Josh Frydenberg on finalising the July economic statement, the budget in October and the half-yearly budget update in December.

He would also continue to work to secure the passage of ‘all of our important reform legislation through the parliament.’

The budget is usually delivered in May, but has been delayed until October because of the coronavirus. 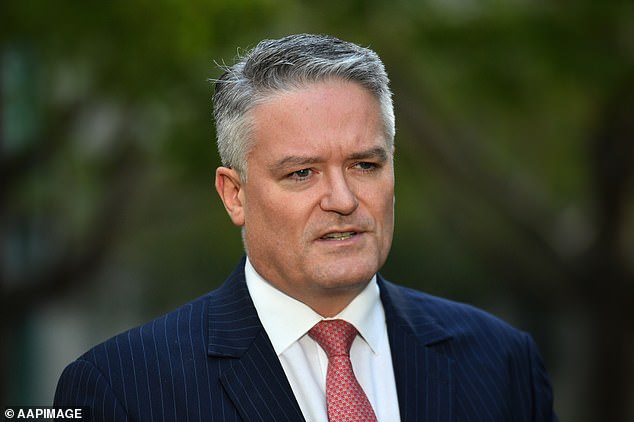 Senator Cormann said he would spend the next six months working with the prime minister and Treasurer Josh Frydenberg on finalising the July economic statement, the budget in October and the half-yearly budget update in December

The government will also give an economic update on July 23 when the future of JobKeeper wage subsidies, the boosted dole and other support measures will be revealed.

Senator Cormann, 49, was born in Belgium and decided to migrate to Australia permanently after first visiting Perth in 1994, attracted by the great lifestyle and opportunities on offer in Western Australia.

He is married to Hayley and they have two daughters Isabelle and Charlotte.

There has been speculation he could take a job with the Organisation for Economic Co-operation and Development or other positions in his home town of Perth.