A teacher who faces being struck off after chasing a special needs pupil and hitting him has claimed that Government cuts have made teaching ‘intolerable.’

Lisa Hunnego, 46, was convicted of assault and given a conditional discharge following the confrontation at Springfield Academy, a Bristol day and boarding school outside for pupils with special needs.

The Maths teacher said she was called a ‘sad b***h’ by the pupil, and that they ‘collided’ after he turned around when she chased after him in the school car park in April of 2016.

Ms Hunnego faces losing her 20-year teaching career after being found guilty of misconduct by the National College for Teaching and Leadership (NCTL) after a private panel meeting last week.

Lisa Hunnego, 46, chased and hit a special needs pupil in April of 2016. The Maths teacher at Springfield Academy, outside Bristol, says Government cuts have made teaching ‘intolerable’

She has not taught since the confrontation at the school located in Calne, Wiltshire.

Two months before the incident, she had tendered her resignation and planned to stay at the school until her students graduated.

Ms Hunnego said: ‘Teachers these days are expected to do what they have to and so much more. It’s too much. It was my plan to finish that year.

‘It was my fifth year at Springfield and it was my plan to see them through to the end of the year, then go.

‘The cuts and the redundancy to staff, it just got too much.

‘When I first started, it was a school where children could be supported and there were resources so we could offer them the best.

‘The cuts to funding are appalling.’ 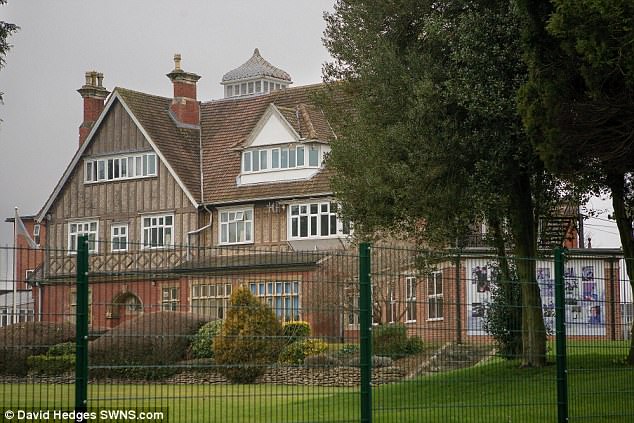 Ms Hunnego faces losing her 20-year teaching career after being found guilty of misconduct by the National College for Teaching and Leadership (NCTL) after a private panel meeting last week. Pictured: View of Springfield Academy

Ms Hunnego started working at the school in October 2011 and officially left in August 2016.

At the misconduct hearing, the panel were told Ms Hunnego went after the student and hit him before an ‘exchange of words.’

She was suspended the next day and left in August, but in March 2017 she was convicted in Chippenham Magistrates Court of assault by beating.

Ms Huggeno was told to pay a victim surcharge of £20 and costs of £250, and sentenced to a 24 month conditional discharge, reduced to six months on appeal.

Giving her version of events, she said: ‘He was having a go at another student at the end of the lesson and I stood between them to try and stop what the student was doing to this other student. 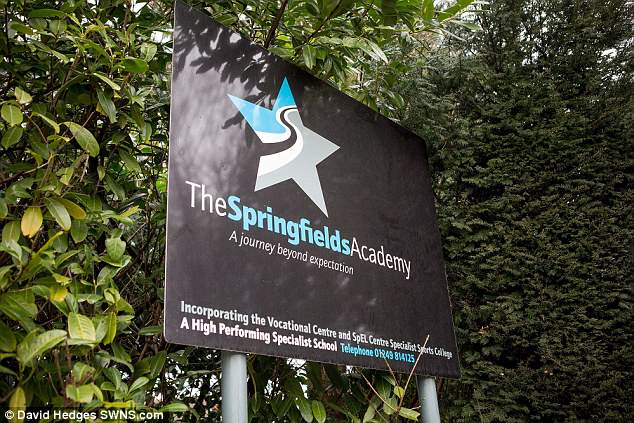 She explained: ‘It was at the end of the lesson, and the end of my school day.

‘I was walking towards my car and they saw me and pushed a bin over and yelled at me ”That’s where you belong, you sad b***h”.

‘There have been issues with this particular student on many occasions previously.

‘I was prepared to give him a piece of my mind, but I stopped short.’

Ms Huggeno added: ‘I was verbally abused by the student, and I ran after him to give him a piece of my mind.

‘But then I thought there was no point of doing anything at this point, because we were both in a heightened state.

‘I realise it was wrong to run after the student. He changed direction and we collided.’