Good Bargain Hunting! Matt Damon is a no-show at the Oscars as he’s spotted discount shopping at KMART in Byron Bay

Given his status as one of Hollywood’s biggest stars, many fans expected Matt Damon to appear at Sunday night’s Academy Awards.

But the superstar eschewed the glitz and glamour of the event in favour of some bargain hunting thousands of miles away.

As his famous peers prepared for the awards show, the 48-year-old was spotted shopping for discount wares in Ballina Kmart, located on Australia’s Mid North Coast.

Good Bargain Hunting! On Sunday, Matt Damon ditched the Oscars and instead went discount shopping near KMART in Byron Bay, New South Wales. He is pictured posing in the store with a young fan

One young shopper spotted Matt perusing the aisles and asked for a photo, which was subsequently shared on Instagram.

The Good Will Hunting star gave a smile and thumbs up for the camera as he posed with the boy in front of a rack of $8 shoes.

Matt appeared to be in holiday mode, dressed down in a comfortable outfit and sporting scruffy facial hair. 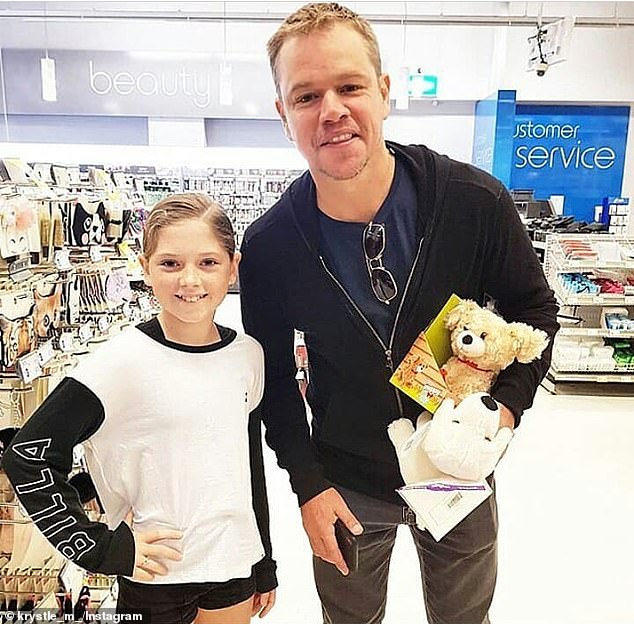 His favourite store? The Oscar winner has previously been spotted shopping in Ballina Kmart. He is pictured inside the retailer in May 2018

It’s not the first time the star has been seen shopping at Ballina Kmart.

In May last year, the Oscar winner was seen inside the budget retailer, where he posed for a photo with another young fan.

Indeed, the actor has been spending ample time in the area over the past twelve months. 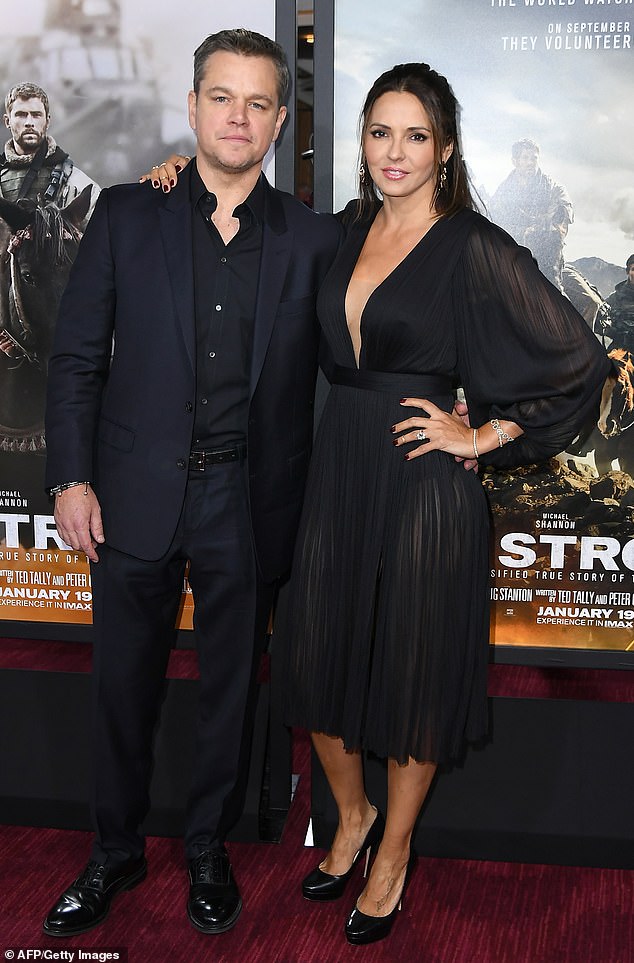 Home away from home! Matt and his wife Luciana Barroso have been spending ample time in Byron Bay over the past twelve months

Matt and his wife Luciana Barroso, 43, spent four months in the coastal town last year, and have returned for another holiday.

The couple are currently renting an incredible five-bedroom home for a reported $24,000 a month.

They are expected to stay in the home until mid-April. 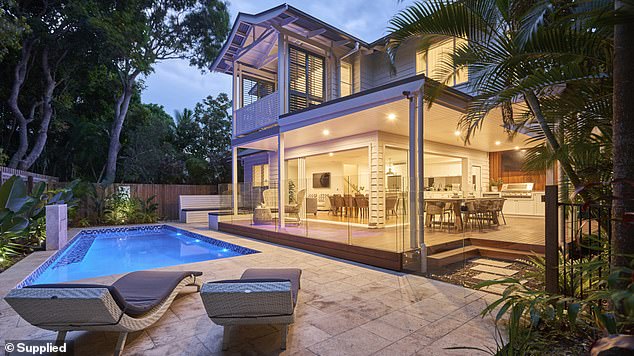 Lavish: The Good Will Hunting actor is currently renting an incredible five-bedroom home for a reported $24,000 a month 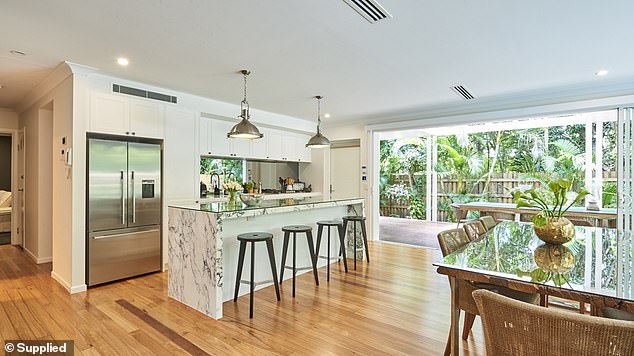 Coastal enclave: Matt and Luciana are expected to stay in the home until mid-April