Matt Damon has returned to Australia for the second time this year, fuelling rumours he is considering purchasing property in Byron Bay.

The Jason Bourne star was photographed with a fan while out in Lennox Head, located near Byron Bay, on Friday morning, the Courier Mail reported.

Spotted! Matt Damon has returned to Australia, amid rumours of looking to purchase property in New South Wales coastal town of Bryon Bay

Luciana and Elsa were photographed at accessory store Buffalo Girl, with the shop owner suggesting the women were buying items for Bluesfest Byron Bay.

‘These gorgeous girls popped in today to pick up their beautiful custom made bags, ready to rock at @bluesfestbyronbay always lovely to catch up,’ she captioned the post.

Matt and Luciana’s return to Byron Bay comes barely two months after they rang in the new year down under with Chris and Elsa in the coastal town. 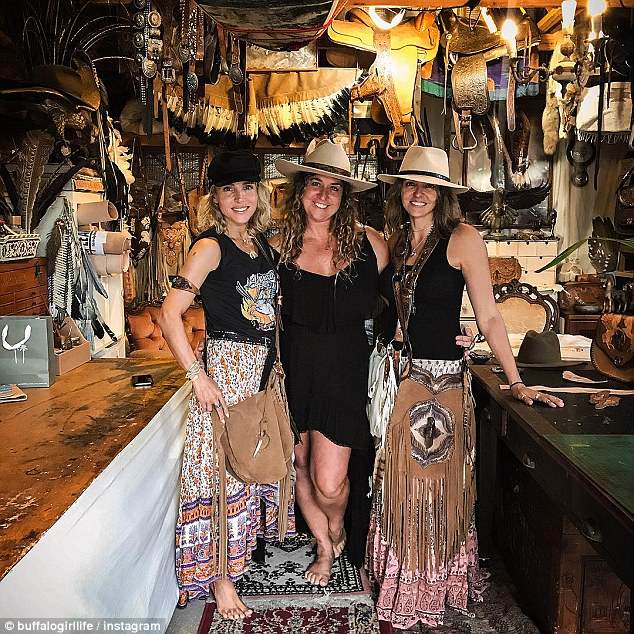 Shopping up a storm: Luciana and Elsa were photographed at accessory store Buffalo Girl, with the shop owner suggesting the women were buying items for Bluesfest Byron Bay

Despite the Jason Bourne star’s publicist denying rumours he is considering purchasing a Byron Bay holiday home, Matt’s frequent visits to the area have done little to quell speculation. 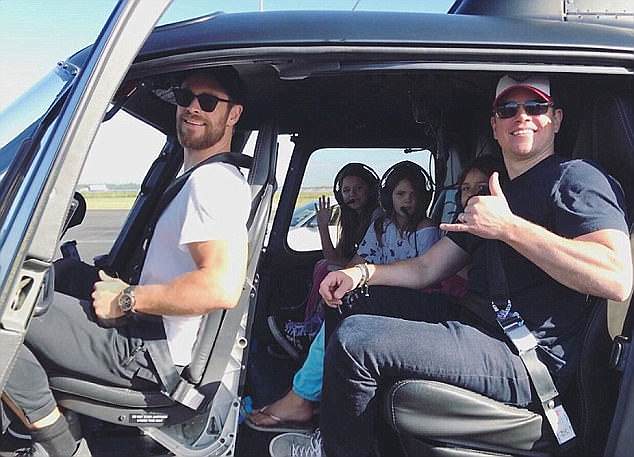 Matt and Chris have been close friends for years, with the Thor star praising his BFF during a GQ interview in 2014.

‘We became friends around the time I started to work, and I’ve really benefited from watching how he handles himself,’ he said.

‘Matt’s just a normal guy who has the movie-star thing figured out.’ 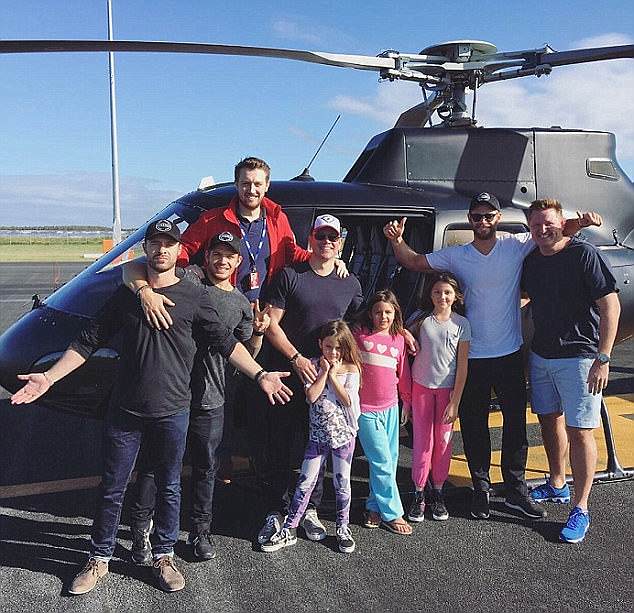 Back again? It would seem his arrival with wife Luciana Barroso is timely, arriving days before the famed Byron Bay Bluesfest musical festival