Matt Hancock supported his fellow I’m A Celebrity campmate Seann Walsh at his stand-up gig in London on Thursday.

The MP – who has announced he he will quit Parliament at the next general election – spent three weeks living in the Australian outback with the comedian where they formed a strong bromance.

So it came as no surprise to see him showing his support alongside his girlfriend Gina Coladangelo as they spent the evening at the Soho Theatre.

Two’s company: Matt Hancock put on a cosy display with girlfriend Gina Coladangelo as he supports I’m A Celeb campmate Seann Walsh at stand-up gig in London on Thursday

The pair put on a cosy display as they held hands while strolling out of the venue.

Gina, 45, cut a stylish figure in a leopard print faux fur coat that she teamed with a black polo neck jumper and flared jeans.

Matt, 44, opted for a casual ensemble in jeans and a padded navy jacket.

The outing comes after Matt announced on Wednesday he will quit Parliament at the next general election to explore ‘new ways to communicate’ with the public. 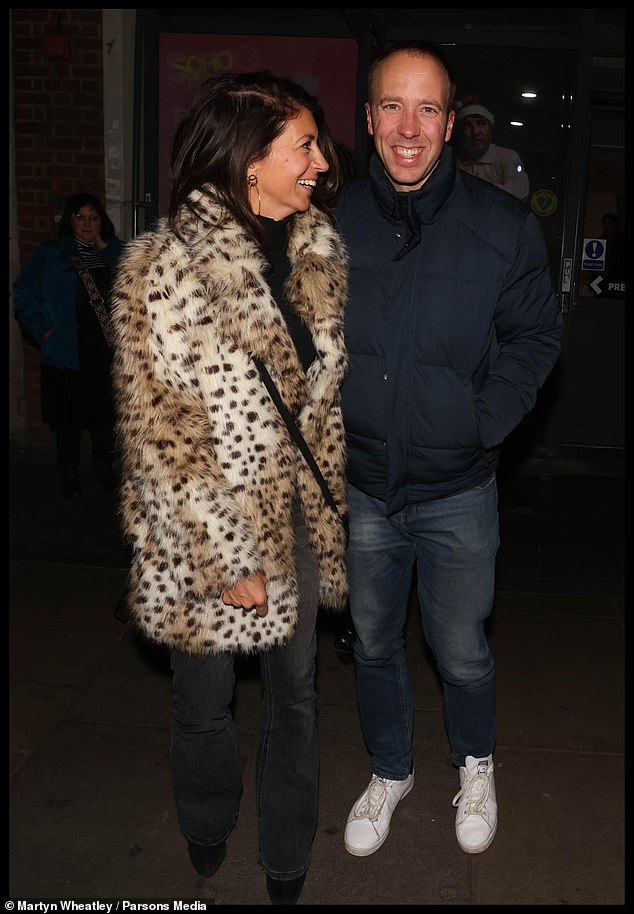 Cute couple: The pair put on a cosy display as they held hands while strolling out of the venue

The MP for West Suffolk, wrote to the Prime Minister to reveal he will not stand as a Tory candidate when the country next goes to the polls.

The former health secretary also broke the news in a social media video on TikTok.

Matt, who recently appeared on ITV’s I’m A Celebrity… Get Me Out of Here!, said it would now not be ‘necessary’ for him to receive the Tory whip back.

He was suspended from the Conservative parliamentary party last month when it was confirmed he had signed up to the reality TV programme.

This meant he was absent from the House of Commons for weeks.

Despite initially being voted to take part in several Bushtucker Trials, the MP won over the public and ended up finishing in third place.

Reflecting on his jungle stint, Matt discussed his time in camp with Seann Walsh.

He said: ‘I formed an extraordinary bond with Seann in a short period of time and then it took a few days to work through and develop relationships with the rest of the camp mates.

‘Some of them, I could tell, didn’t take to me straightaway but it softened over time. Being in the jungle also gives you lots of time to think about what really matters. I thought about how much I care for the people I really love’. 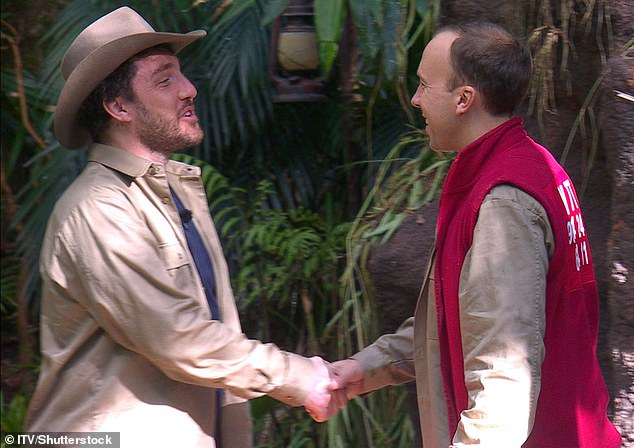 Campmates: The MP spent three weeks living in the Australian outback with the comedian where they formed a strong bromance