Matt Hudson-Smith won a silver medal in the 400m final for England after Zambia’s Muzala Samukonga stunned the favourite at the Commonwealth Games.

Hudson-Smith could only take home silver after leading the race heading into the final straight before he was agonisingly pipped at the last.

And although it was not the gold medal he was hoping for, the Wolverhampton-native adds to the bronze he won at the World Championships last month in Eugene. 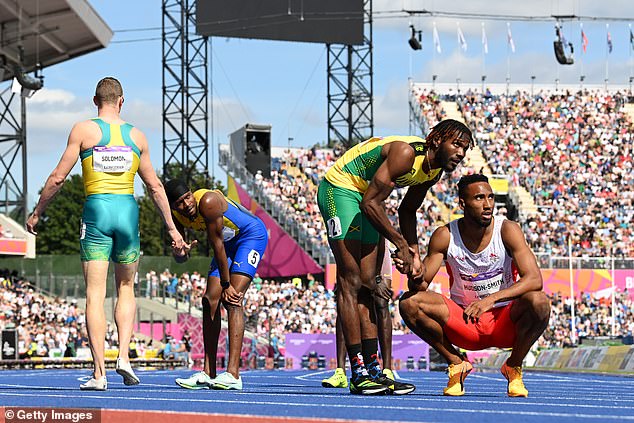 Zambian sprinter Samukonga clocked a scintillating personal best of 44.66s to snatch a sensational victory from the English athlete’s grasp.

The bronze medal went to Jonathan Jones who took home the medal for Barbados following his 44.89s to complete the podium trio. 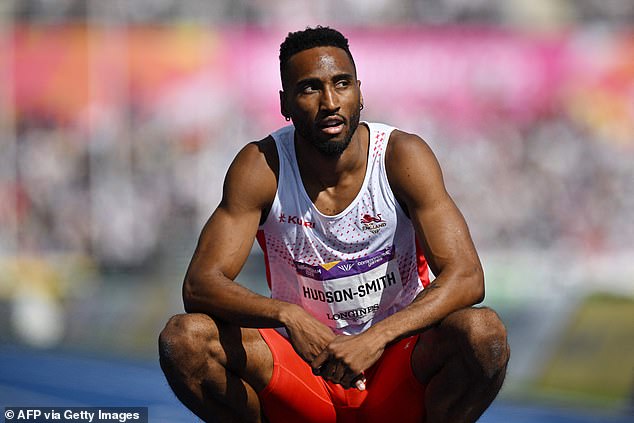 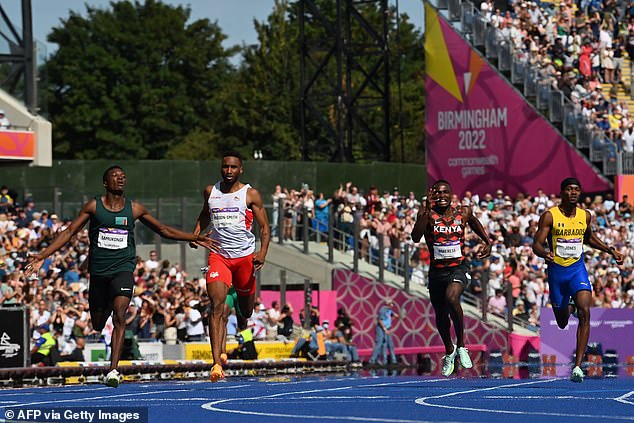 Barbados’ Jonathan Jones came home in third to win the Bronze medal with a time of 44.89s

Hudson-Smith was visibly dejected at the finish, sinking to his knees in stunned disbelief, before receiving the congratulations of his competitors.

However there was nothing he could do about Samukonga’s terrific final stretch display that saw him snatch the victory.

The Zambian athlete produced one of the great last straight performances to register his best ever time in the event, and the herculean effort proved to be costly. 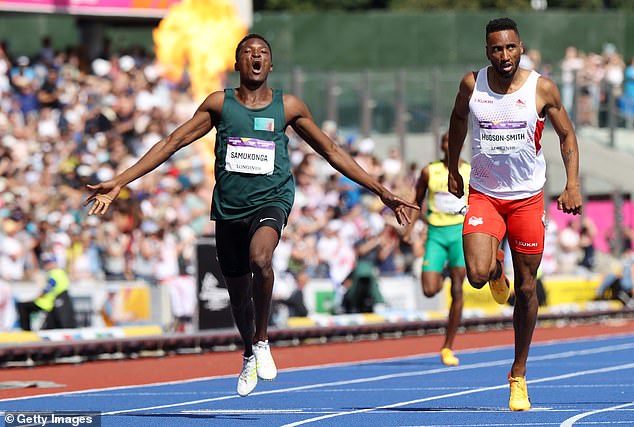 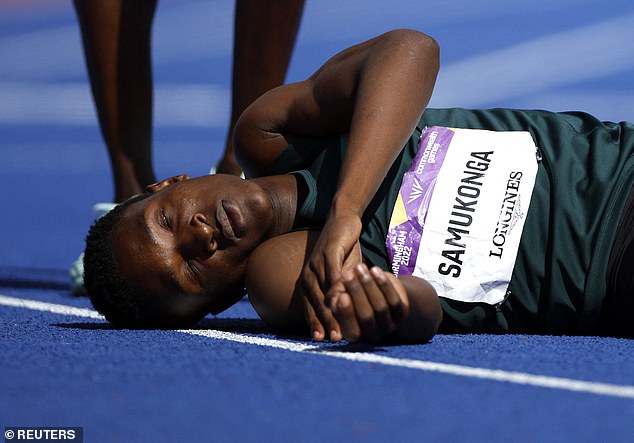 Hudson-Smith – on his home track – had to settle for silver as Samukonga made a late break in the final 50m to go from fifth to first.

Having flown through the final meters of the race, Samukonga unsurprisingly required medical assistance, and was escorted from the track to receive further aid.

Although a Commonwealth silver is no mean feat, it continues his Games frustration after he was disqualified from the event in 2018 for running out of his lane. 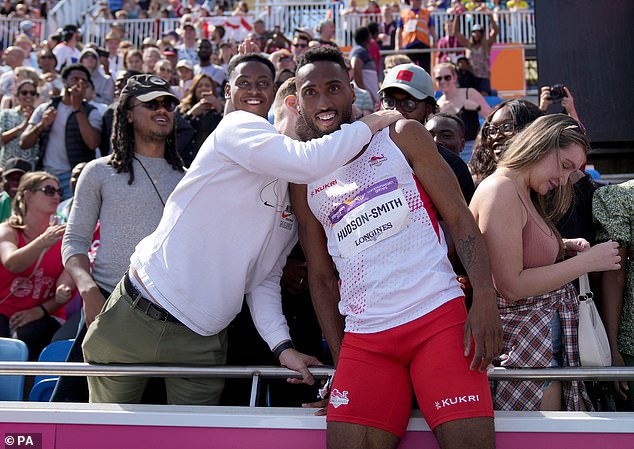 Hudson-Smith will now look to defend the European title he won in 2018 when he runs in Munich later this month.

Earlier at the Alexander Stadium Cindy Sember won bronze in the 100m hurdles with world champion and world record holder Tobi Amusan taking the title in a Games record of 12.30 seconds.

And England quickly received a second silver in the women’s race with Victoria Ohuruogu coming second with a personal best of 50.72s to Barbados’ Sada Williams after her Games record run of 49.90s.

Ohuruogo was swiftly followed by team-mate Jodie Williams in third to take a two-three finish for England in the event, after her season best time of 51.26, with Scotland’s Zoey Clarke coming home in eighth. 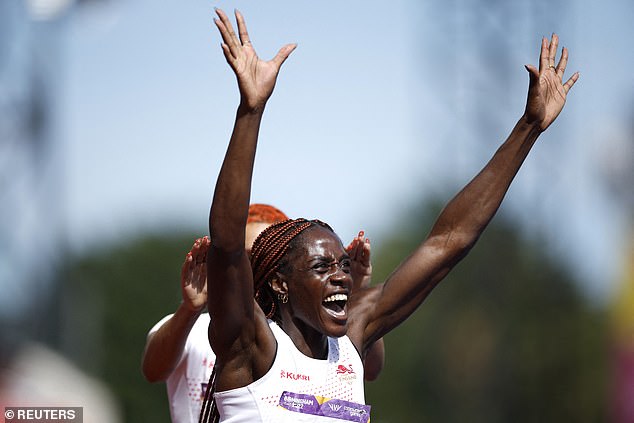 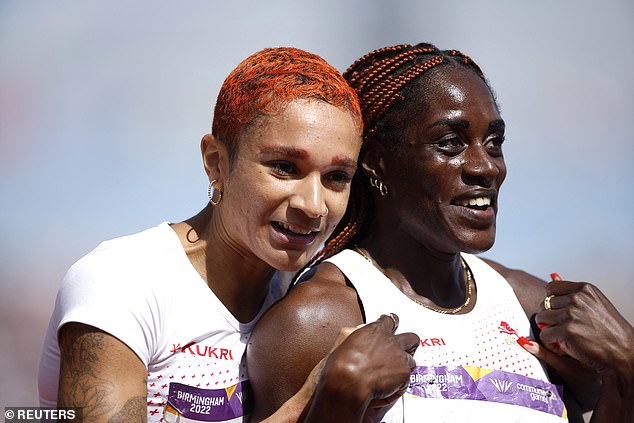