Matt James reveals he is ‘pursuing’ a relationship with Rachael Kirkconnell

Matt James seems to be giving his relationship with Rachael Kirkconnel another go.

The star, 29, who was the first Black Bachelor in the show’s 19-year history, revealed he was giving his relationship with Rachael another shot after photos of her attending a plantation themed party in 2018 led to their split.

The couple have been seen out several times since their break-up, and in an interview with People Matt confirmed he wasn’t ‘pursuing’ a relationship with anybody other than the Georgia native.

‘I’ve seen Rachael a handful of times,’ he told the outlet. ‘I’m not pursuing any relationships right now outside of that. I said I was going to focus on my relationship with her and that means focusing on it.’

Rachael has apologized several times for her past actions since the photos emerged, and insisted she was doing the work to educate herself on racism.

Asked if he felt she had been putting in the effort to learn about anti-racism, Matt told the site ‘that’s something you could talk to her about.’

‘A lot of what I’m focused on right now is the work that I’m doing in the community and with the [marathon] training,’ he explained. 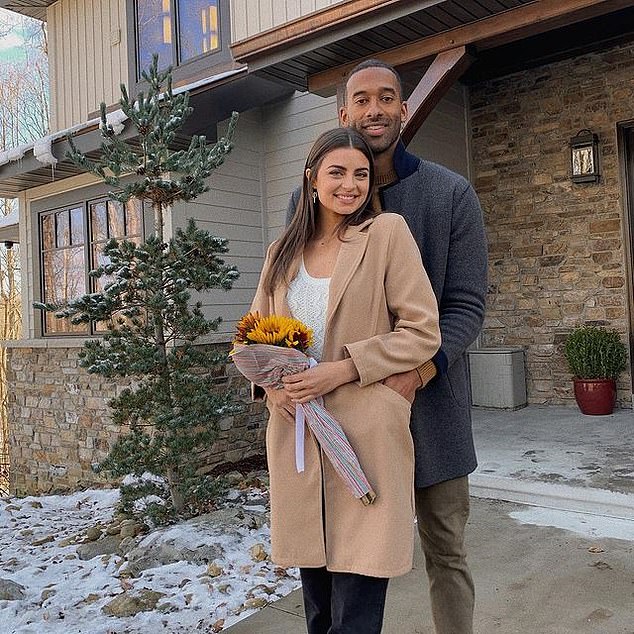 Split: The couple ended their relationship after photos of Rachael attending a plantation themed party in 2018 emerged

Perhaps fans won’t be too surprised to hear Matt won’t be appearing on the wildly popular spin-off, Bachelor In Paradise.

‘There’s a negative chance I’ll be on Paradise,’ Matt said. He also said it would be unlikely his best friend and Bachelor Nation fan favorite Tyler Cameron would be making an appearance on the beach as well.

‘There is a negative chance Tyler’s on there as well. I think we’re good on that.’ 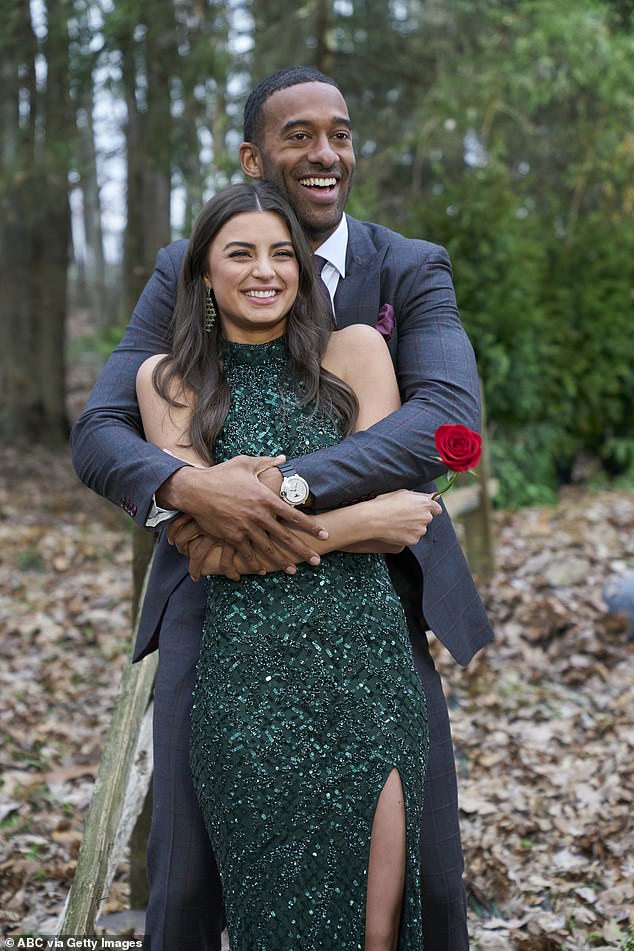 She accepted his final rose! Though they did not end the show in an engagement, the couple left in a relationship

Matt and Rachael have been at the center of reconciliation rumors for some time, after the duo were spotted in both New York and Los Angeles following their separation.

‘They aren’t back together, but definitely still have feelings,’ an insider told E!.

‘They are having a good time right now and everything feels back to normal between them.’ 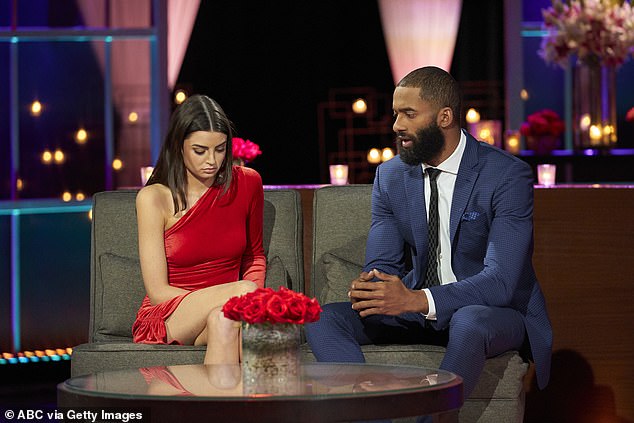 Painful reunion: The pair appeared on After The Final Rose after their split, hosted by Emmanual Acho rather than Chris Harrison

Matt and Rachael met on the most recent season of The Bachelor, where Matt opted not to propose to Rachael but end the show in a relationship with her.

The couple professed their love for one another as Matt offered his final rose to Rachael during their romantic season finale in Pennsylvania.

Not long after, photos of Rachael embroiled not just herself but host Chris Harrison in controversy, when the long-running Bachelor star defended the images in an interview with Rachel Lindsay.

Harrison stepped aside from the franchise, and Emmanuel Acho replaced him as the host of After The Final Rose. Bachelorette vets Kaitlyn Bristowe and Tayshia Adams will be hosting the next season of The Bachelorette. 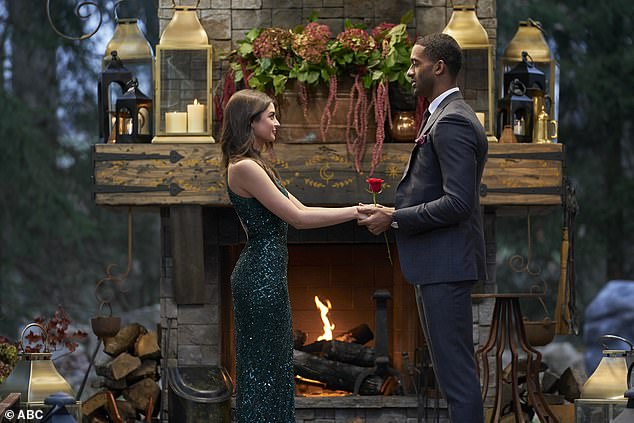 She won his heart: The couple professed their love for one another as Matt offered his final rose to Rachael during their romantic season finale in Pennsylvania