He’ll be handing out roses next year.

But for now, Matt James is enjoying his bachelor lifestyle.

The future reality star, 28, was seen having the time of his life on board a boat in Jupiter, Florida with his good friend, Tyler Cameron, on Tuesday.

Boat loads of fun! Matt James was seen having the time of his life on board a boat in Jupiter, Florida with his good friend, Tyler Cameron

Matt was not only getting attention for his water skiing skills, but for his impossibly defined body.

Wearing nothing more than blue swimming trunks, the former football player was a sight to behold as he put his defined six pack abs on display.

Whether he was relaxing with his friends or water skiing through the ocean blue, it’s clear Matt was having the time of his life.

The reality star cruised through the waves alongside a bikini clad female friend, who grinned from ear to ear during the skiing venture. 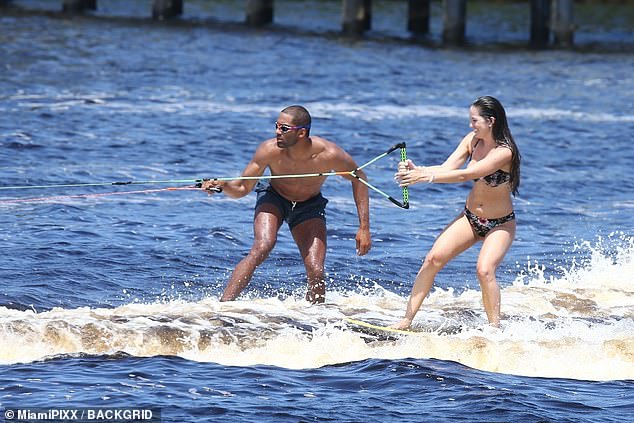 Let’s do this! James was in the zone as he skiied alongside a female friend 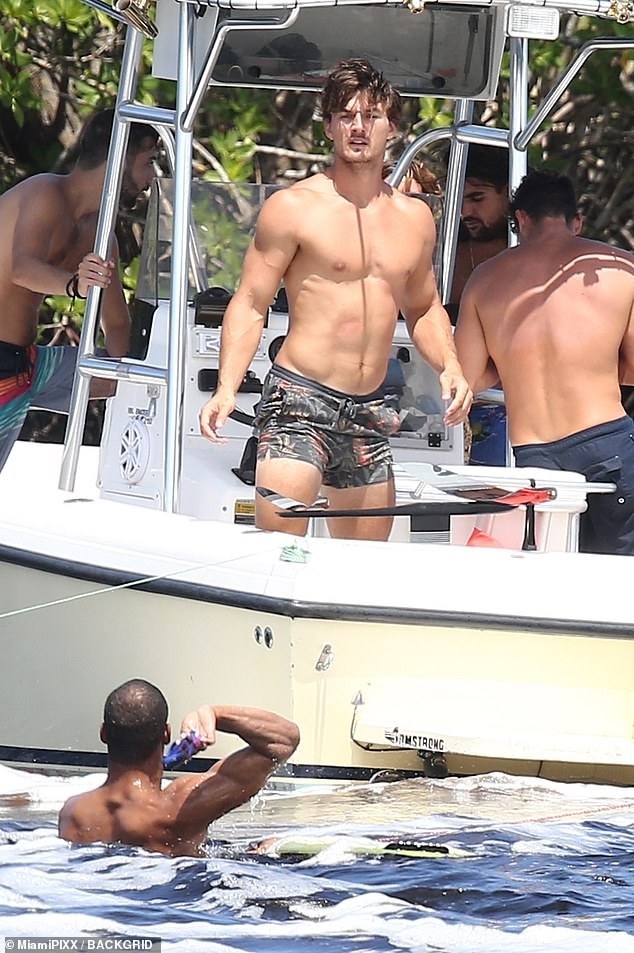 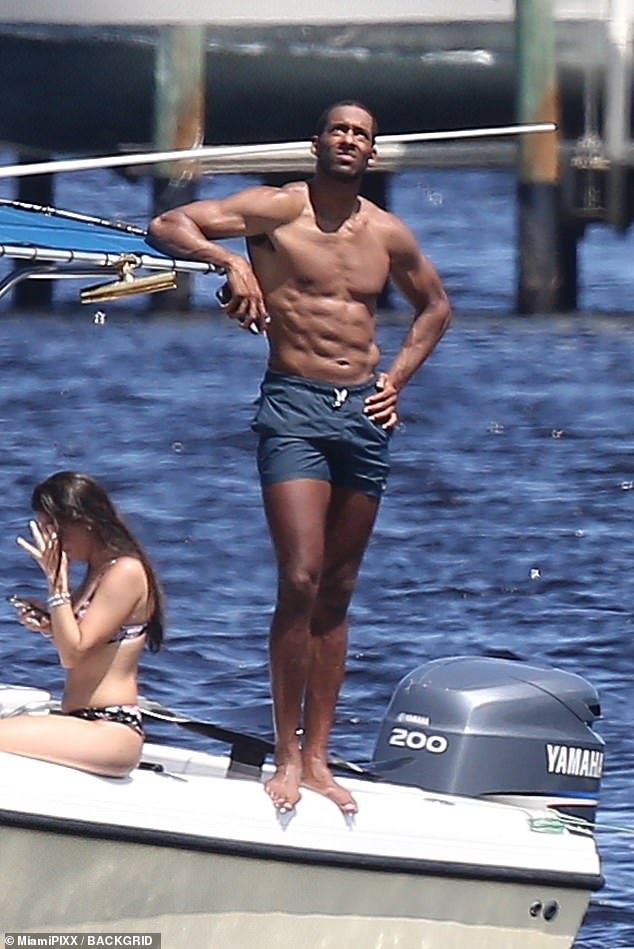 Making waves: The hunky star relaxed beneath the sunshine

Matt, meanwhile, looked in the zone as he glided atop the waves.

The athlete looked like a total pro as he held onto the ski handle with an air of calm and confidence.

At one point, Matt’s friend Tyler wanted to get in on the water skiing action.

However, Tyler seemed to struggle a little in finding his balance. 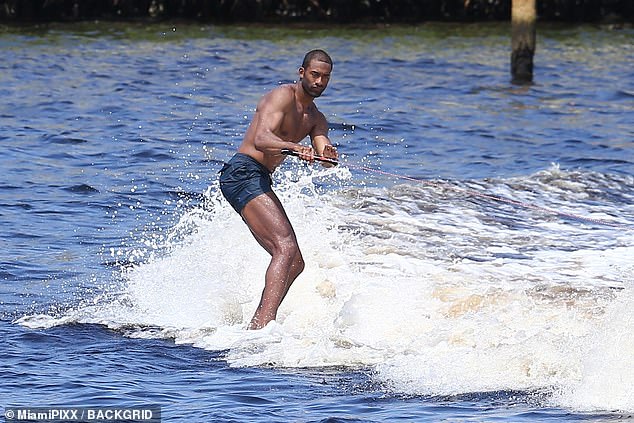 Eye on the prize: James looked cool and collected as he effortlessly glided atop the waves 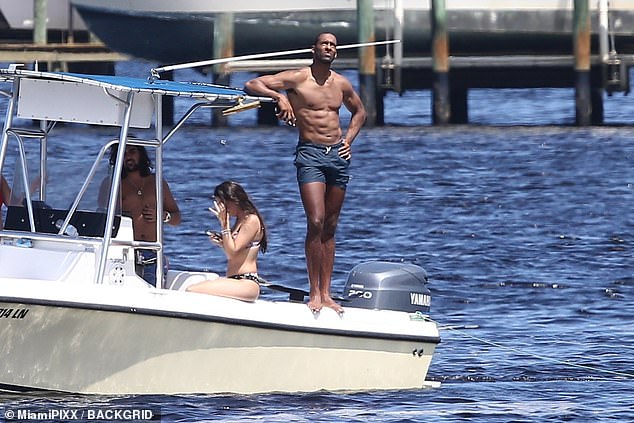 Fun in the sun: James appeared in contemplation as he rested his arm atop the roof of the boat 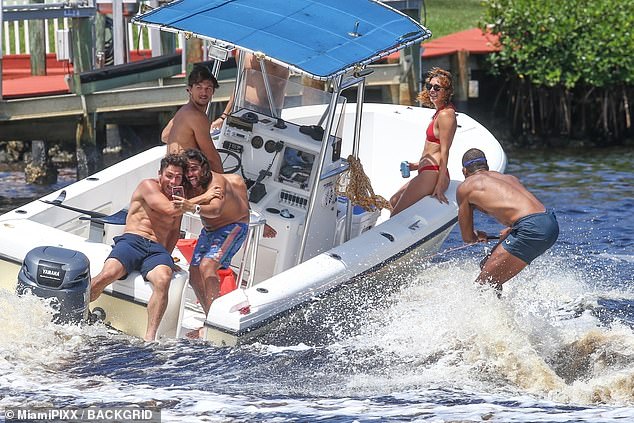 Oh boy! The men snapped a selfie as the water adventures continued

Tyler came to fame as a fan favorite on Hannah Brown’s season of The Bachelorette, but it won’t be much longer until his good friend Matt will be joining the franchise.

Matt was announced as the first Black Bachelor earlier this month, following global protests supporting the Black Lives Matter movement and outcry over the lack of diversity on the franchise.

Matt was announced as the series’ next leading man on Good Morning America on Friday, though initially he was cast for Clare Crawley’s upcoming season, which was postponed due to the COVID-19 crisis.

The star admitted he was a little let down he was unable to meet her when he learned he would be the next Bachelor. 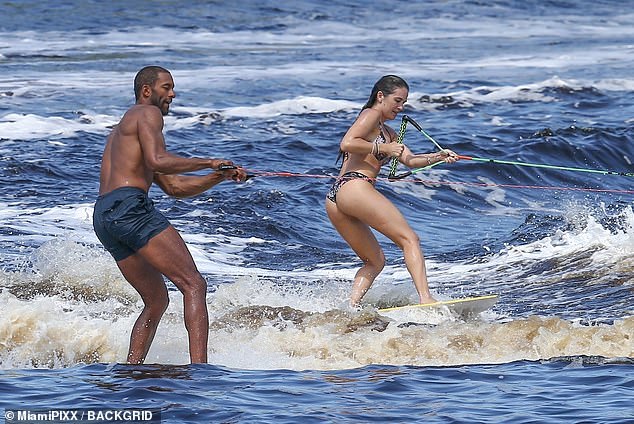 Making a splash! The duo followed along the boat atop their skis 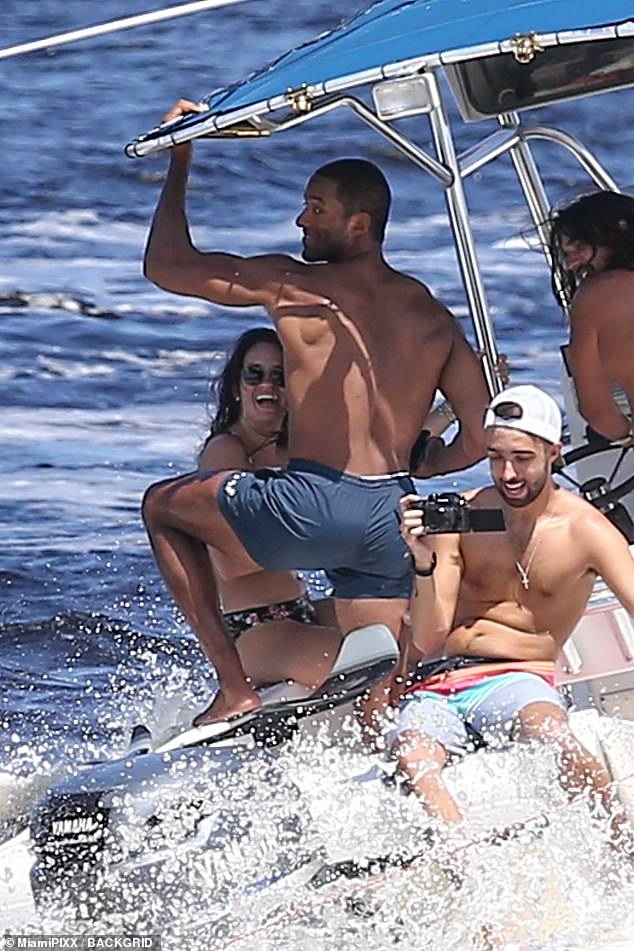 Let the good times roll! Everyone seemed to be having a good time on the water that day 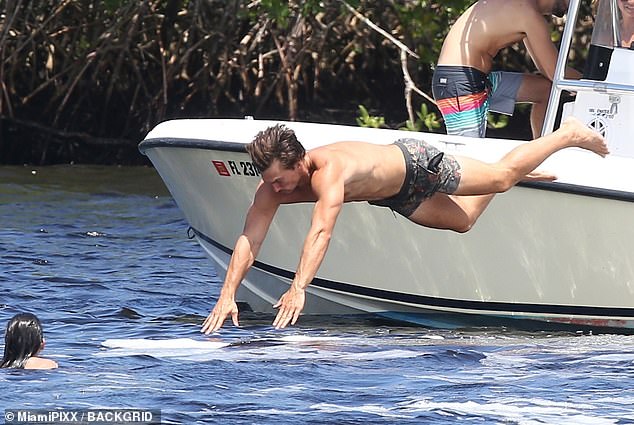 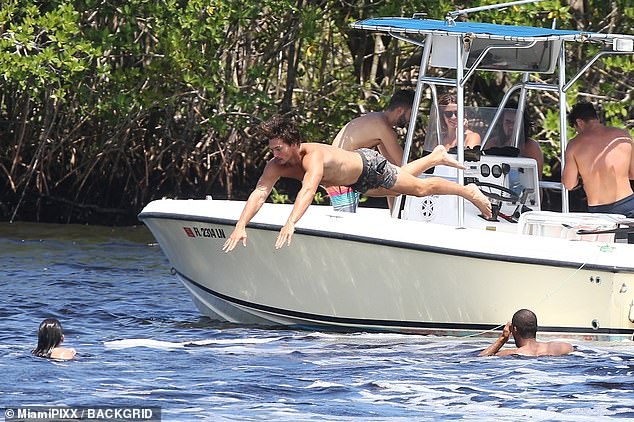 Here he comes! Tyler leapt off the boat to join his pals 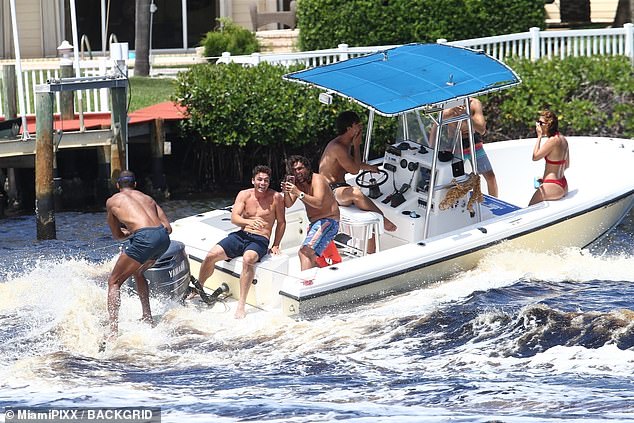 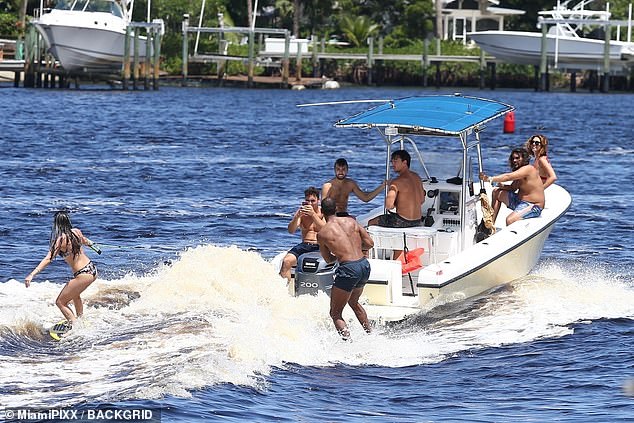 You got this! The pair looked like water skiing pros

‘My first reaction was, “Does this mean I don’t get to meet Clare?” because I was looking forward to meeting her,’ he revealed.

‘I had set aside all this time and we’d gone out to California and been called back for quarantine. I’m super excited for her and her season but I’m looking forward to meeting her eventually.’

Apparently, Clare had no idea Matt was going to be the next Bachelor.

‘Clare didn’t know about Matt becoming the Bachelor until GMA announcement,’ a source told Us Weekly. ‘Decisions are still being made when it comes to her cast.’ 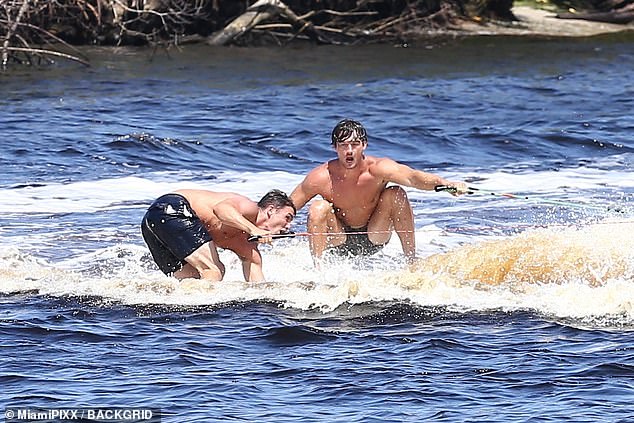 Not off to a great start! Cameron appeared to struggle getting onto the water 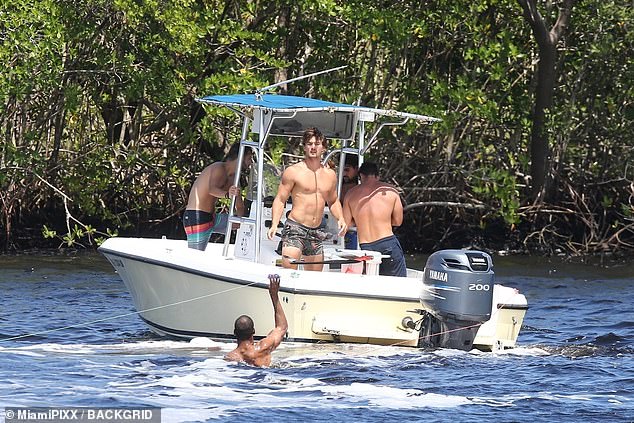 He’s a 10! The model was a fan favorite after coming in second on Hannah Brown’s season of The Bachelorette 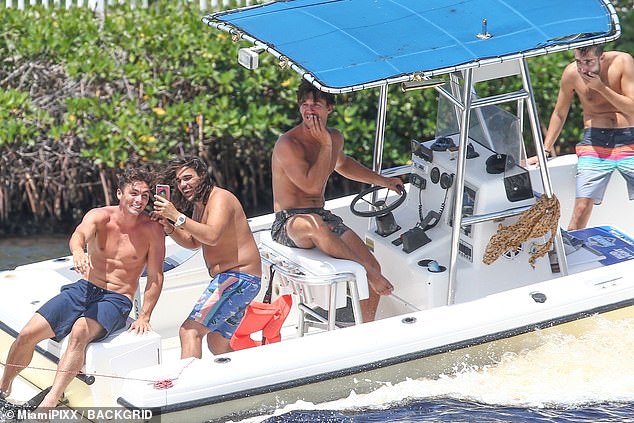 Check it out! The guys appeared to be reliving their memories on their phone

Provided filming of The Bachelor is able to go ahead as planned, Matt’s season will premiere in the spring of 2021 following Clare’s season.

Clare’s season will be overcoming the challenges of COVID-19 by testing everyone prior to filming and placing them in a ‘bubble’ throughout production.

‘Here’s what were going to do: For Clare’s season, which is going to come first, that’s going to shoot in about a month,’ Rob Mills, vice president of alternative programming, said during an interview Wednesday with Ryan Seacrest, 45. 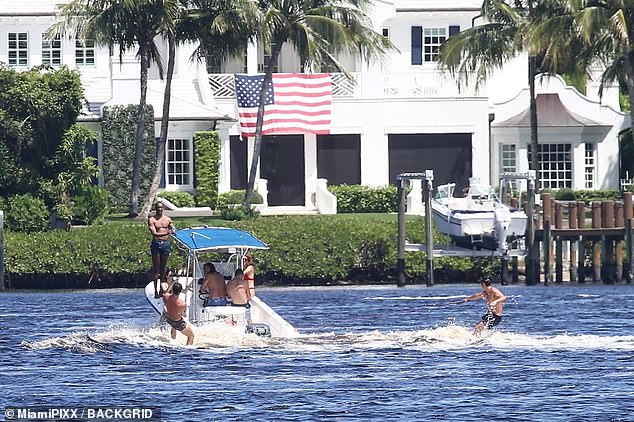 Having a blast: The group were clearly having a fun time enjoying all that summer had to offer 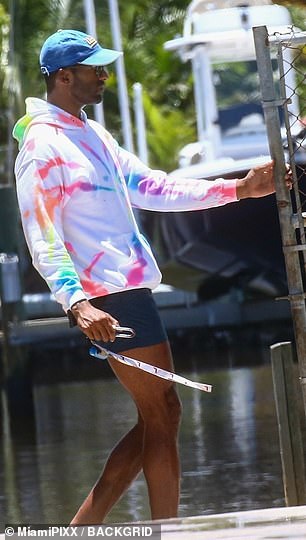 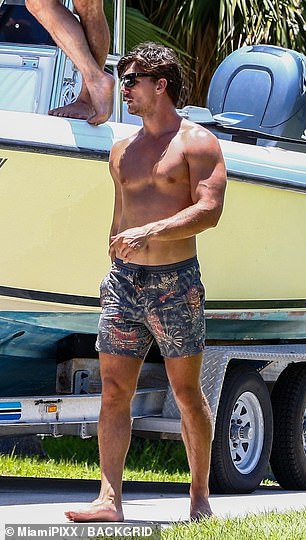 Will you accept this rose? James was initially cast for Clare Crawley’s season, after soaring to Bachelor Nation fame as Cameron’s good friend 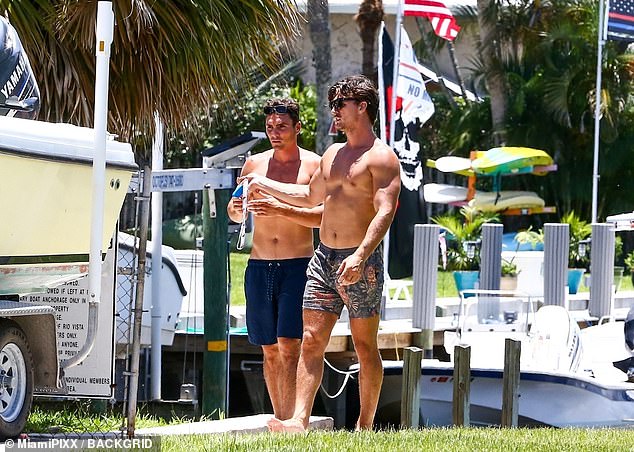 Soaking up the sun: The shirtless hunk was certain to get heads turning 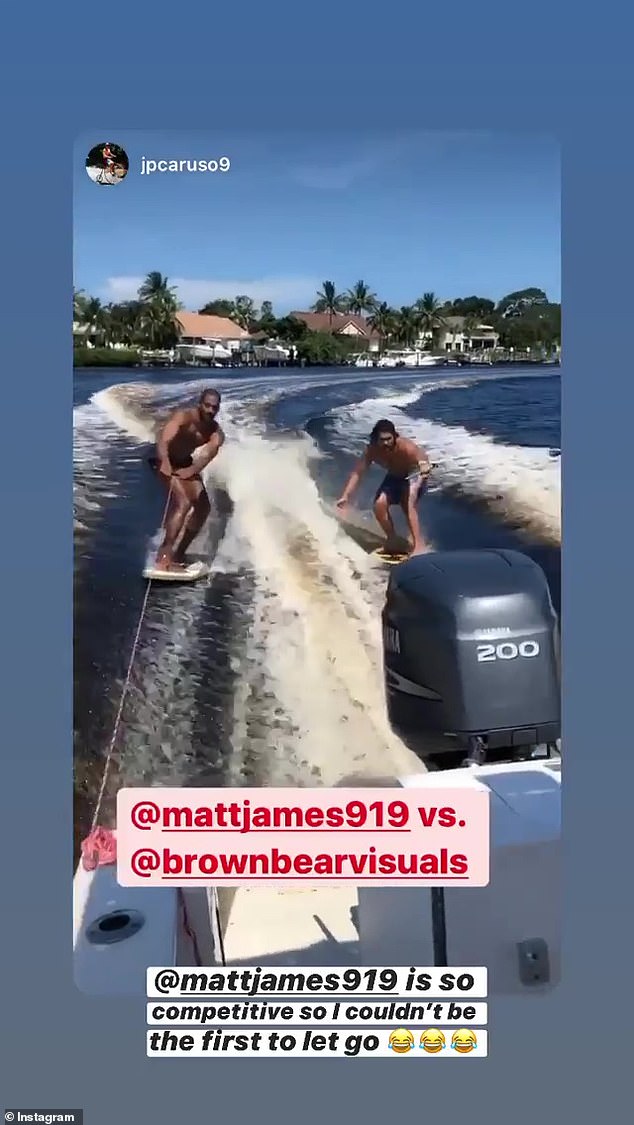 Let’s get this show on the road! The pals documented their fun in the sun on Instagram 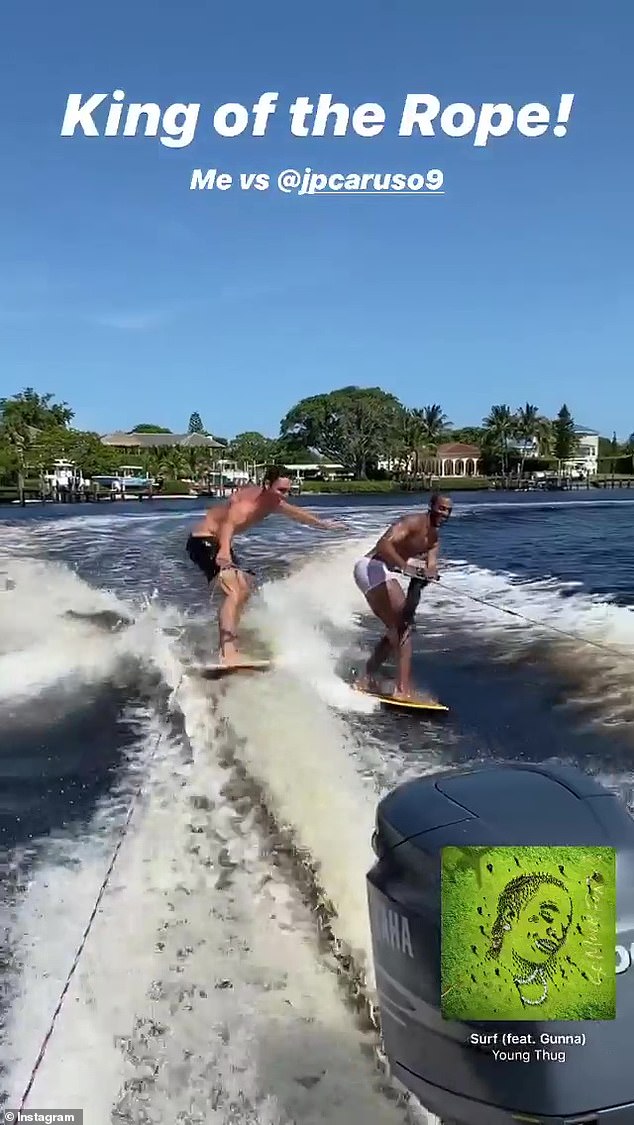 Splish splash: The duo had a blast water skiing together 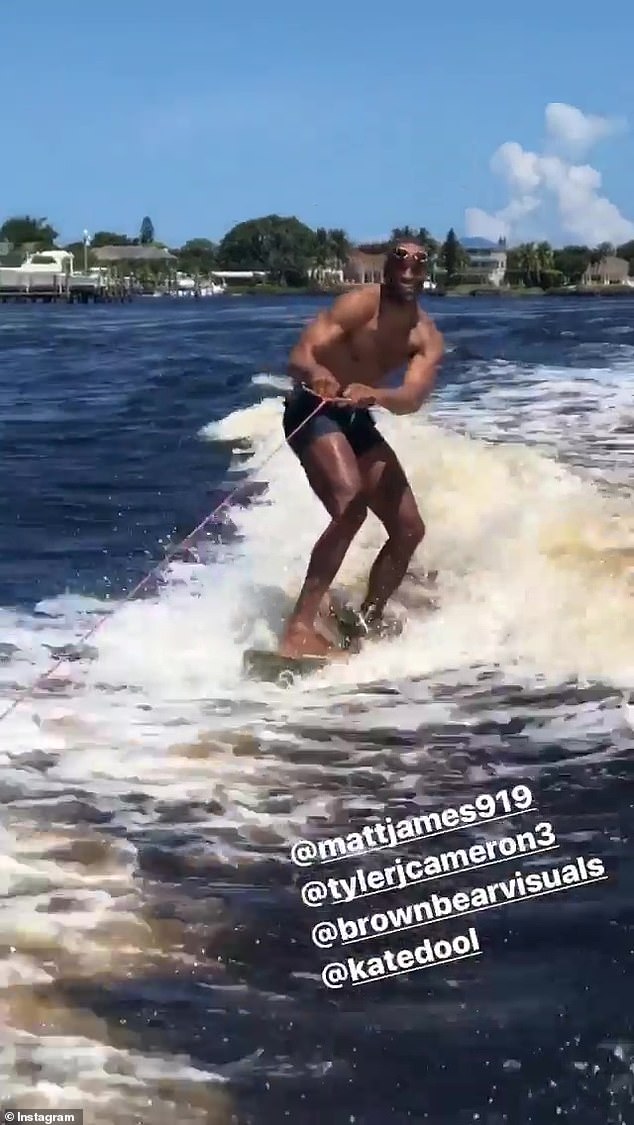 Looking good! James smiled from ear-to-ear while maintaining his balance