One year after he was fired from NBC, Matt Lauer is reportedly dating several women in the Hamptons while living in his guest house as his divorce progresses.

Thursday will mark a year since the former Today host Lauer was terminated after a female employee accused him of sexually harassing her at the 2014 Winter Olympics in Sochi.

Now, after beginning divorce proceedings earlier this year with his wife, 51-year-old Dutch model Annette Roque, Lauer, 60, is said to be back playing the field.

‘Matt is casually dating several ladies in the Hamptons,’ one source told Radar. ‘As far as Matt is concerned, he had a consensual affair and he’s been punished. Now he’s moving forward with his life.’

Matt Lauer is seen without his wedding ring in Sag Harbor last December. The disgraced former Today host is reportedly living in his guest house and dating several women 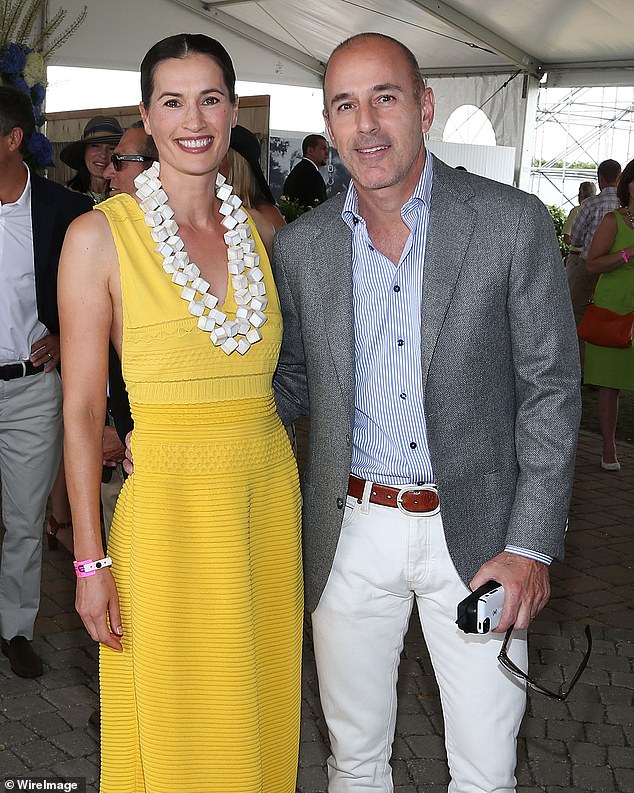 Matt Lauer is seen with wife Annette in 2014. The couple grappled with the fallout from his firing over sexual misconduct claims and are now in the midst of a divorce

Meanwhile, People reports that Lauer is living in the guest house of the Long Island compound he shares with Roque and their three children: sons Jack, 17, Thijs, 12, and daughter Romy, 15.

The couple initially grappled with Lauer’s firing and what it meant for their marriage, but came to the decision that a split was for the best, a source told the magazine.

‘They were working through their issues at first — they were never hopeful of working it out,’ the source said. ‘But it took her a long time to work through it.’ 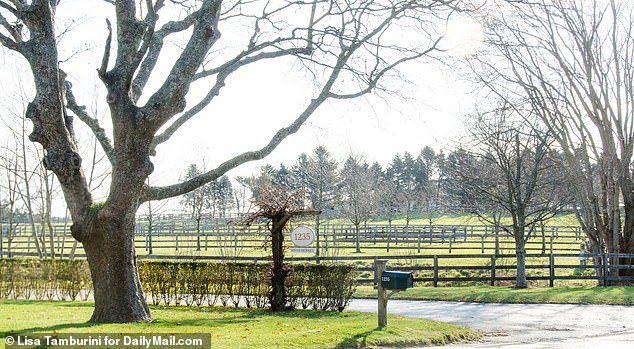 Lauer’s family compound in Watermill, New York is seen above. He is reportedly living in the guest house and focusing his time on his three children

A year on, Lauer is still struggling to adapt to his new life out of the spotlight.

‘It has been hard for him. He went from being a super busy person to having nothing but time on his hands,’ one source close to Lauer told People. ‘He is not doing well.’

Another source close to Lauer told the magazine that he has given up hope of returning to television.

‘He’s trying to get by putting all his energy into his kids,’ says the source. ‘He is working on his relationship with his kids. They have a good relationship, but they’ve been through a lot.’

Meanwhile, NBC’s coverage of the Macy’s Thanksgiving Day parade continued last week without Lauer for the first time since 1998.

Hosted this year by Savannah Guthrie, Hoda Kotb and Al Roker, the parade showed no steep decline in viewers without Lauer, with 23.7 million watching this year versus 24.1 million last year.