MATT ROBERTS: How does an active lady of 75 get rid of her big tummy?

Abdominal fat is the bane of everybody’s life. It represents a risk to our health by its associated link to heart disease and diabetes. It’s the body part that most tell me they would like to change (stock image)

I have developed a sizeable belly. I’ve always been relatively active, walking long distances and eating a healthy, balanced diet. But as I’ve got older, the fat has collected on my stomach and I would really like to get rid of it. I am a 75-year-old woman and suffer from high blood pressure and aching joints. Any exercises I can do to help reduce belly fat?

Abdominal fat is the bane of everybody’s life. It represents a risk to our health by its associated link to heart disease and diabetes. And in terms of aesthetics, it’s the body part that most of my clients tell me they would like to change.

We have two types of fat that we need to consider, the subcutaneous fats that are directly under our skin and the visceral fat that surrounds our internal organs. The latter places the greatest strain to our health, as they envelop the internal organs and place strain on them.

It’s easier to burn the outer fat than the inner fat – which is one of the reasons we see the phenomena of ‘skinny fat’ people who don’t appear particularly overweight, but have levels of visceral fat that puts their health at risk.

Burning fat when we get older is all about forcing the body to work and overload in short and heavy periods. The body needs to elevate its heart rate for short spells of 30 to 60 seconds, then recover before repeating. So, fast hill walking would be one good way to do this.

Walk fast up a steep hill, raise your heart rate to a level of eight out of ten – in terms of how you would rate yourself – and then recover until you feel you are a six. Then repeat eight to ten times.

Everyone over 50 should do this twice a week, combined with moderate level cardio such as long walks to generally burn energy and aid circulation levels.

You could also do exercises at home – step-ups on a stair, or fast striding up a staircase. Of course, exercise is only successful if you combine it with a balanced diet.

What type of exercise can I do following my double hip replacement ops? For years I have always done some form of exercise and am finding it a bit annoying that I can no longer do floor yoga. Are there other types I could do at home or in a class. I am 81, by the way.

Hip injuries and resulting surgery are closely linked to a decline in our health – and also in our life expectancy. Women who break a hip in their mid to late 60s are twice as likely to die within a year than those who don’t, according to one study. This sounds scary, but we need to take note. 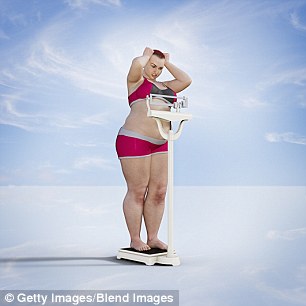 Everyone over 50 should do this twice a week, combined with moderate level cardio such as long walks to generally burn energy and aid circulation levels (stock image)

The gluteal (buttock) muscles are vital in maintaining hip stability and lower back stability, and also in allowing us to be fully active. There is one key exercise that everyone really must do, and it is the bridge. Lying on your back, knees bent with your feet hip width apart, raise your body off the ground pelvis first, and at the top thrust so you squeeze and work your glute muscles. Do this 15 to 25 times or until you really feel the glutes working, then rest for 90 seconds and repeat for three to five sets.

This can be done five to six days each week and will help to engage the most important muscle around the hip joint itself.

You might also try some hip flexor activation – high-knee marching on the spot (slow and controlled) or floor work. Lie on your back and do straight leg raises for 15 to 20 reps, three to four sets.

The body takes time, effort and work to stay strong normally – and even more so when we are dealing with post-surgery rehab. 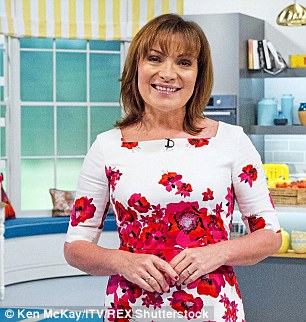 Gogglebox star Scarlett Moffat’s exercise DVD – in which she claimed to reveal that the secret of her size 18 to size eight weight loss was a balanced diet and some pretty do-able workouts – has been branded a sham. The I’m A Celebrity winner, 27, had in fact attended a Swiss boot camp where she exercised for six hours daily and ate a diet of just 700 calories a day, nearly half of the 1,200 calories recommended in her own DVD.

ITV chat show queen Lorraine Kelly – whose Brand New You DVD is another bestseller – weighed into the furore, saying she was annoyed by the fakery and that her offering was for real. She declared: ‘I literally worked my a**e off, I really did, and it’s hard work but you have to put the work in!’

Really, who cares? I did an exercise DVD 15 years ago. They’re from the era of the Filofax, BlackBerry and the A-Z: great at the time but superseded by smarter options.

If you want to get fit, get online or download an app which can give you access to an ever-changing wealth of fitness advice from knowledgeable trainers that can be tailored to your needs and tastes. Celebrity transformations are eye-catching but, really, don’t we know better now?

Do you have a fitness or diet question for matt roberts? Email matt.roberts@mailonsunday.co.uk or write to Health, The Mail on Sunday, 2 Derry Street, London W8 5TT. Matt canonly answer in a general context and cannot respond to individual cases, or give personal replies.