Former Doctor Who star Matt Smith has been left ‘devastated’ following the death of his beloved father.

The Crown actor, 38, lost David, who was 73, earlier this month after having previously described him as ‘the greatest influence on my life.’

He was given compassionate leave from filming Game of Thrones prequel House of the Dragon to mourn with close family members who are equally heartbroken.

But he is now back at work filming in Cornwall for the HBO blockbuster series.

Former Doctor Who star Matt Smith has been left ‘devastated’ following the death of his beloved father. Matt is pictured with mum Lynne, sister Laura Jayne and dad David

A source told MailOnline: ‘Matt and his family are all devastated. David was a rock to them and will be sorely missed. They all wanted to be together to mourn as they are a real tight-knit family.’

Matt, best known for being the eleventh Doctor on BBC series Doctor Who and for his portrayal of late Prince Philip in Netflix show The Crown, spoke about his father on Desert Island Discs in 2018.

He said: ‘My old man, he’s a legend. He’s the greatest influence on my life, bar none. I often think all of my truest moments as an actor are somehow impersonations of him.

‘Because when I impersonate him, emotionally or even his voice – he’s from Blackburn – as a kid I would impersonate him a lot and if I can be half the dad – it sounds sentimental, but he’s put his family first.

‘My sister, he remortgaged the house to put her through dance school and he never missed anything.’

Matt, who grew up in Northampton with mum Lynne, 65, and sister Laura Jayne, 42, credits his dad, whose cause of death is unknown, for guiding him through his toughest moments after being cast as the youngest Doctor at 26 in 2009.

He said: ‘When I got Doctor Who, I rang him like two months in and I said “I can’t do this” and he said “you can, the hardest thing in life is to adapt and you will adapt and you’ve got to adapt” and I did, I adapted.

‘He always said it doesn’t matter what you do, as long as you enjoy it.’ 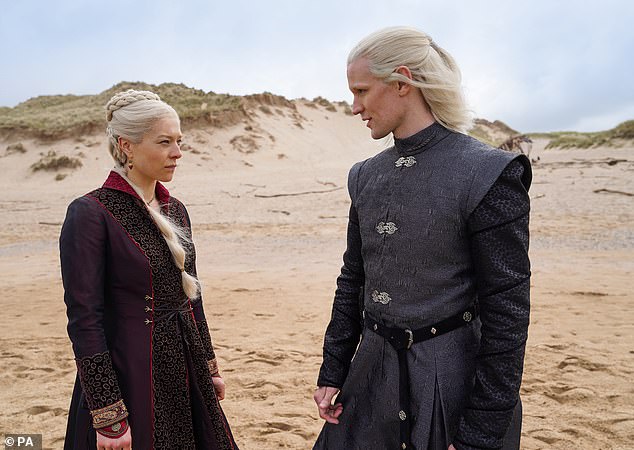 ‘David was a rock to them’: Matt was given compassionate leave from the filming Game of Thrones prequel House of the Dragon to mourn with close family who are equally heartbroken

Before becoming an actor, Matt was on course for a career in professional football.

He was captain of Leicester City’s youth team but suffered from a back condition called spondylosis, halting his future as a sportsman.

It was David who supported Matt during one of his ‘lowest moments,’ as he motivated his young son to bounce back and pursue a new dream.

Matt previously explained: ‘He would drive me up to Forest or up to Nottingham twice a week.

‘He had a business to run as well and was working for a plastic company at the time but he would sack that off, pick me up from school, drive me up, we’d get back at 10/11 at night and then we’d go to school the next day. It was constant dedication but he was also quite tough on me. 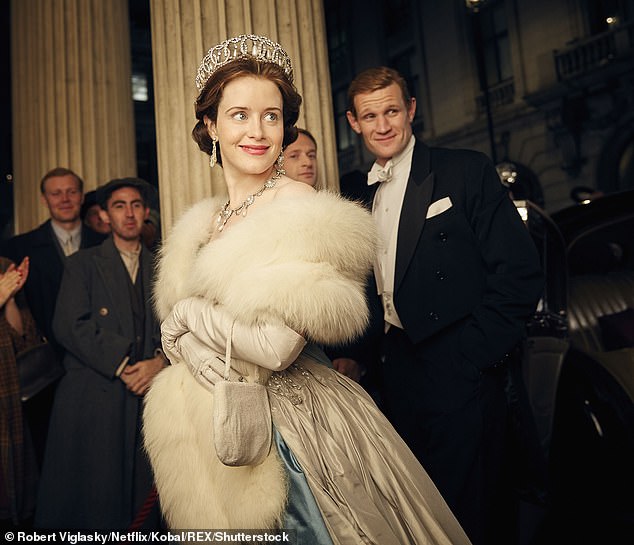 ‘This will define who you are’: Matt, famed for his portrayal of Prince Philip in The Crown, was inspired by his dad to bounce back from his failed career as a footballer to pursue a new dream

‘He always did that thing that I hope I would do to my son that if he had a bad game he’d go “you’ve not played very well today” but when I got released from Leicester because of my back, it was my history exam the next day and I look back on it and it was one of the lowest moments that I’ve had.

‘And he said “look, in life, you’ll get knocked back and now it’s how you react in this moment and this will define who you are.” He’s been there in a brilliant way.’

Matt was pictured in April filming Game of Thrones prequel House of the Dragon as character Prince Daemon Targaryen.

He wore a blonde wig as he transformed into Daemon while shooting scenes in Cornwall alongside Emma D’Arcy, 28, who plays Rhaenyra Targaryen.

The new series, set 300 years before the events of Game of Thrones, will debut in 2022.