Whitaker met privately with members of the House Judiciary Committee on Wednesday, as Democrats pressed their case that he was a political partisan while leading the Justice Department.

Republican aides and the committee’s top Democrat relayed that Whitaker said in the meeting that, while acting AG, he had shared concerns with his staff about the Southern District of New York’s campaign finance charge against Michael Cohen.

Committee chairman, New York Democrat Rep. Jerrold Nadler, said that Whitaker was ‘involved in conversations’ about the case against Cohen and whether it might have gone too far. Nadler did not give details on those conversations

According to the Republican aides, Whitaker said that those conversations were among other Justice Department staff and that Whitaker said he thought some of the claims in the campaign finance case were ‘specious’ from a legal standpoint. 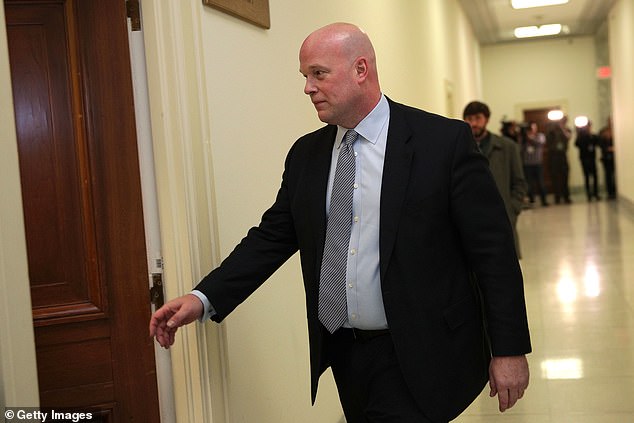 Whitaker met with Judiciary Committee members behind closed doors, and Republicans and Democrats had differing accounts of what he said in the private meeting

The aides said that Whitaker denied interfering in the case or speaking with Southern District prosecutors, saying that he merely discussed his concerns with his own staff.

Nadler did not get into the specifics of what Whitaker said when he met with Nadler and the top Republican on the panel, Georgia Rep. Doug Collins.

Collins said he heard Whitaker’s comments very differently and maintained that Whitaker said he ‘had not talked with the president about Mr. Cohen at all.’

Two Republican staff members in the room backed up Collins’ version. The aides spoke on condition of anonymity to discuss the confidential meeting.

There was no transcript taken at the meeting, according to the Republican aides, so it wasn’t clear exactly what Whitaker said, and it may never be clear. But the dispute could have high stakes, as Democrats have voiced concerns that Whitaker was a Trump loyalist whose appointment, they suspect, was aimed at suppressing investigations of the Republican president. 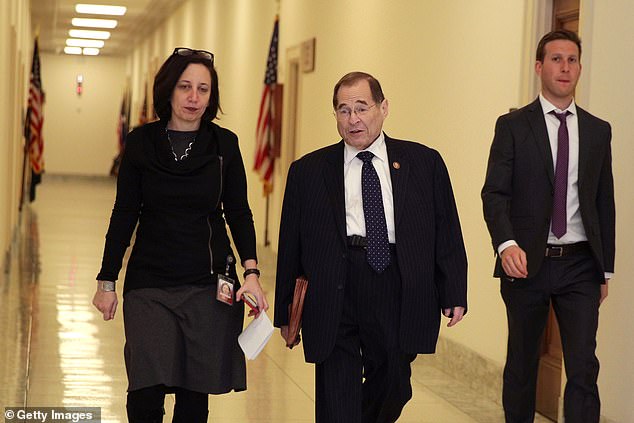 House Judiciary Committee chairman Rep. Jerrold Nadler (center) claimed that that Whitaker did not deny discussing Cohen case with Trump, though Republicans say he did deny it 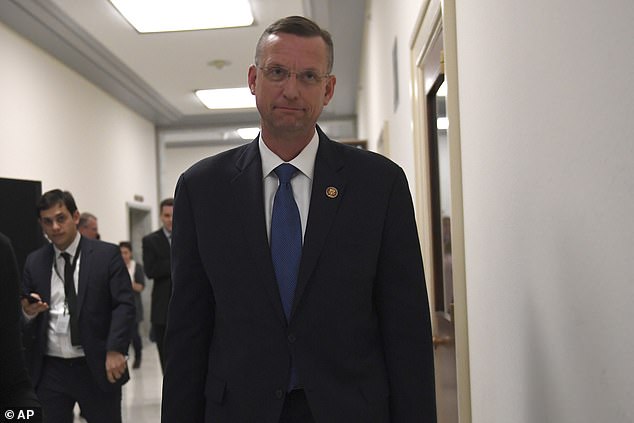 The top Republican on the panel, Georgia Rep. Doug Collins (above on Wednesday) directly contradicted Nadler’s claim about what Whitaker said in the meeting

Whitaker returned to Capitol Hill on Wednesday after Democrats said they wanted him to clarify his open testimony before the Judiciary panel in February.

One thing that Nadler said he had questions about was whether Trump had ‘lashed out’ at Whitaker after Cohen, Trump’s former personal lawyer, pleaded guilty to campaign finance violations and lying to Congress.

News reports said Trump did lash out at Whitaker, but Whitaker said in the hearing that he did not.

In a letter to Whitaker asking for him to return and clarify his comments, Nadler said that the committee ‘has identified several individuals with direct knowledge of the phone calls you denied receiving’ from the White House.

After Wednesday’s meeting, Nadler said that ‘unlike in the hearing room, Mr. Whitaker did not deny that the president called him to discuss the Michael Cohen case.’

Nadler also said after the meeting that Whitaker was ‘directly involved’ in conversations about whether to fire ‘one or more’ U.S. attorneys – though he did not say which ones. 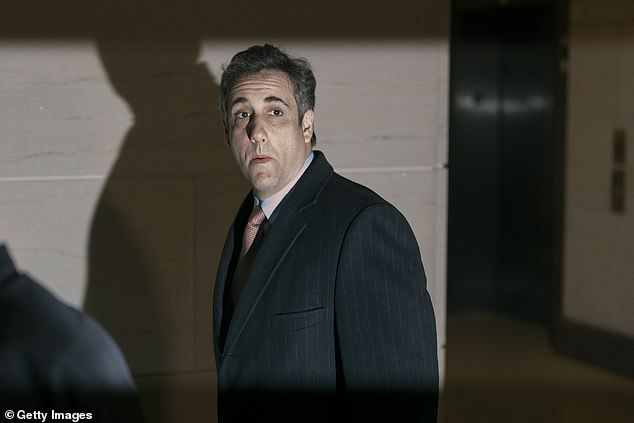 Cohen is seen arriving for congressional

Collins said that Whitaker suggested the conversations about district attorneys were normal personnel issues, and to characterize those comments otherwise were ‘an overreach and a stretch.’ Collins added that Whitaker said he hadn’t had any conversations with officials in the Southern District of New York.

Nadler said he wasn’t sure what the next steps would be after hearing from Whitaker. He said the committee would ‘analyze the revelations and see where they lead.’

At the February hearing, which was held while Whitaker was still acting attorney general, Democrats confronted him on his past criticism of special counsel Robert Mueller’s work and his refusal to recuse himself from overseeing it, attacked him over his prior business dealings and challenged his credentials as the country’s chief law enforcement officer.

Nadler said after the public testimony that his answers were ‘unsatisfactory, incomplete or contradicted by other evidence.’ In the letter sent to the Justice Department, Nadler said Whitaker didn’t offer clear responses about his communications with the White House and was inconsistent about what questions he refused to answer.