By Adrian Black and Callum Godde For Australian Associated Press

An upper house Liberal candidate will not sit in the party room if elected at next week’s Victorian state election after she was linked to a controversial church.

Liberal leader Matthew Guy said some of Renee Heath’s views were not uncovered through the party’s candidate review process before she was preselected.

Ms Heath was preselected at the top of the party’s ballot for the Eastern Victorian Region, almost guaranteeing her a spot in the state’s upper house.

She is reportedly a lifelong member of the City Builders Church, which supports gay-conversion therapy and is opposed to gay, transgender and reproductive rights.

In the marginal Liberal-held seat of Hastings, Mr Guy said it was too late to disendorse her as a candidate but she would not sit in the party room if successful at the November 26 poll.

‘I don’t want the Liberal Party in any way to have any links or perceived links to practices which we find abhorrent.’

It comes after the Liberals accused the Victorian Electoral Commission of election interference after referring its probe into the party’s donor scandal to the corruption watchdog.

Mr Guy would not be drawn on whether he thought the VEC had been biased in its commentary around the case, which centres on his former chief of staff Mitch Catlin asking a billionaire Liberal donor to make more than $100,000 in payments to his private marketing company.

He also refused to clarify a statement from state party director Sam McQuestin accusing the independent body of ‘serious, deliberate and unprecedented interference’ in the election.

‘I’m not going to go and re-read the whole thing again … that’s for you to read, not me,’ Mr Guy said.

In a response late on Friday, Electoral Commissioner Warwick Gately said the VEC does not change its regulatory approach as election day nears.

‘I remain firmly committed to my role as Victoria’s independent electoral administrator and my actions and decisions are taken accordingly,’ Mr Gately said.

‘This includes the decision to act, or not to act.’ 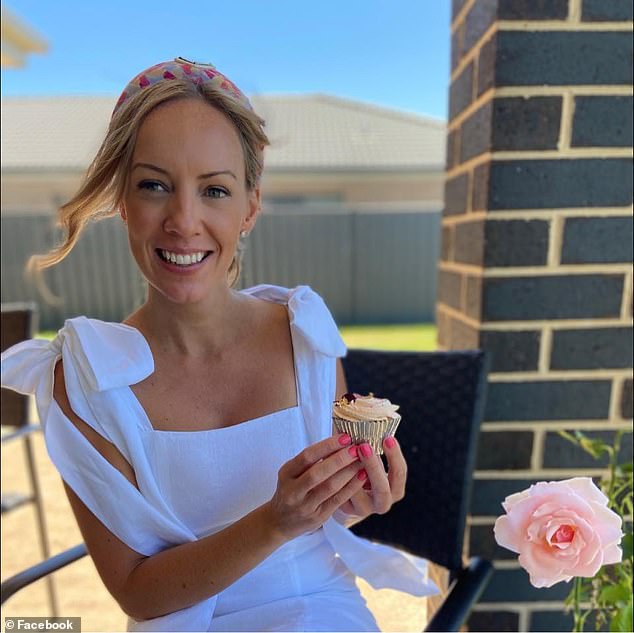 Ms Heath is reportedly a lifelong member of the City Builders Church, which supports gay-conversion therapy and is opposed to gay, transgender and reproductive rights

Creative Industries Minister Steve Dimopoulos said the Liberal’s attack on the VEC had no place in Victorian politics.

‘This is the Americanisation of Victorian politics, and we are better than that,’ he said.

The package includes cash to support 10,000 live gigs over the next four years and $1000 grants for artists, as well as a commitment to end a freeze on late-night liquor licences in inner Melbourne councils.

New planning overlay laws would also be introduced to protect well-known venues from being bulldozed to make way for high-rise apartments.

‘If we don’t step in and save these venues, they will be gone and we’ll all look back with sense of sadness in a decade or two or three,’ Mr Andrews said.