Matthew Hoggard is BLOCKED from speaking at awards dinner

By David Coverdale and Matt Hughes For The Daily Mail

Ashes hero Matthew Hoggard was blocked from speaking at an awards dinner on Friday night as a direct consequence of using racist language to Azeem Rafiq.

It came on a day ECB chief executive Tom Harrison vowed to stay on to clean up cricket. Harrison, speaking following an emergency meeting of all stakeholders at the Oval, insisted that he is the man to make the sport more diverse and to drive real change, a determination reported by Sportsmail on Friday.

Harrison claimed he received the support of the 41 ECB members to address the racism crisis, which will begin with the publication of a 12-point action plan next week, though he is still expected to leave Lord’s next year once a new chair has been appointed. 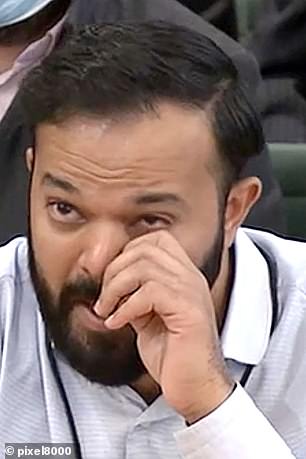 ‘I’m determined to lead this change through cricket,’ Harrison said.

‘I feel passionately about this issue. It’s something I feel to my core. I’ve been trying to drive an inclusive and diverse sport from the moment I arrived as chief executive in 2015. I feel very motivated and very supported to make sure that change happens.’

Meanwhile Hoggard, 44, had been booked to appear at the ECB-accredited North East Premier League’s presentation evening, but following Rafiq’s revelations at the Digital, Culture, Media and Sport select committee on Tuesday that the paceman had nicknamed him ‘Raffa the Kaffir’ — for which the ex-pace bowler has since apologised — Ryan Sidebottom was drafted in to replace him.

NEPL secretary Gordon Halliday confirmed to Sportsmail: ‘Our committee didn’t feel it would be appropriate for Matthew to speak at our presentation evening. It is attended by people of mixed ages, mixed sexes and mixed races. 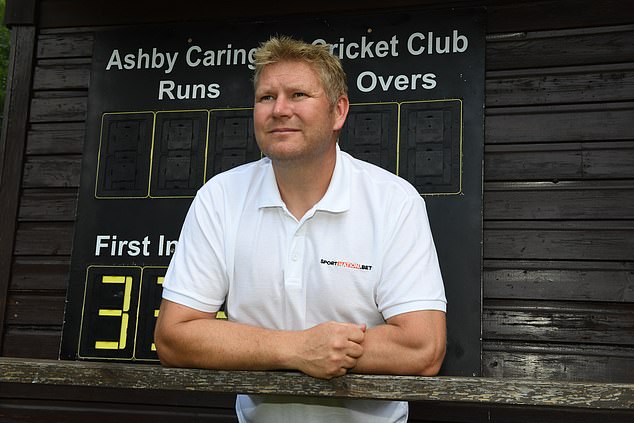 ‘The committee felt it was in the best interests of Matthew and of those attending that we found a replacement speaker.’

Hoggard has been popular on the after-dinner circuit since he retired in 2013 and is on the books of Champions Celebrity Talent Agency.

The cancellation comes after the BBC pulled Hoggard’s 2005 Ashes-winning skipper Michael Vaughan from his recent radio show in the wake of other Rafiq revelations.